What roots does the word 'paradice' have, and why has it been changed to 'paradise' and since when?

The S spelling was favored probably because of the etymology: both of its predecessors, Old French paradis and Latin paradīsus, are spelled with an S.

The time frame makes the reasoning behind the spelling pretty simple: spelling in Middle English wasn’t standardized, and the letters S and C both represent the same sound and were interchanged in many Middle English words. (It’s easy to find examples.) Looking at another word, spice, what is a C in Modern English could be a C, S, or even SC in the word in Middle English.

(Spice is also a word showing that the letters weren’t completely interchangeable. Cp- was not a valid onset spelling even in Middle English so you don’t find it ever spelled cpice or similar.)

If you want to know the derivation of a word, etymonline.com is an excellent source.

As far as I can tell, "paradice" was briefly an alternative spelling around the 1600s when English was undergoing a lot of change. Also, at that time there was no universal agreement on spelling. 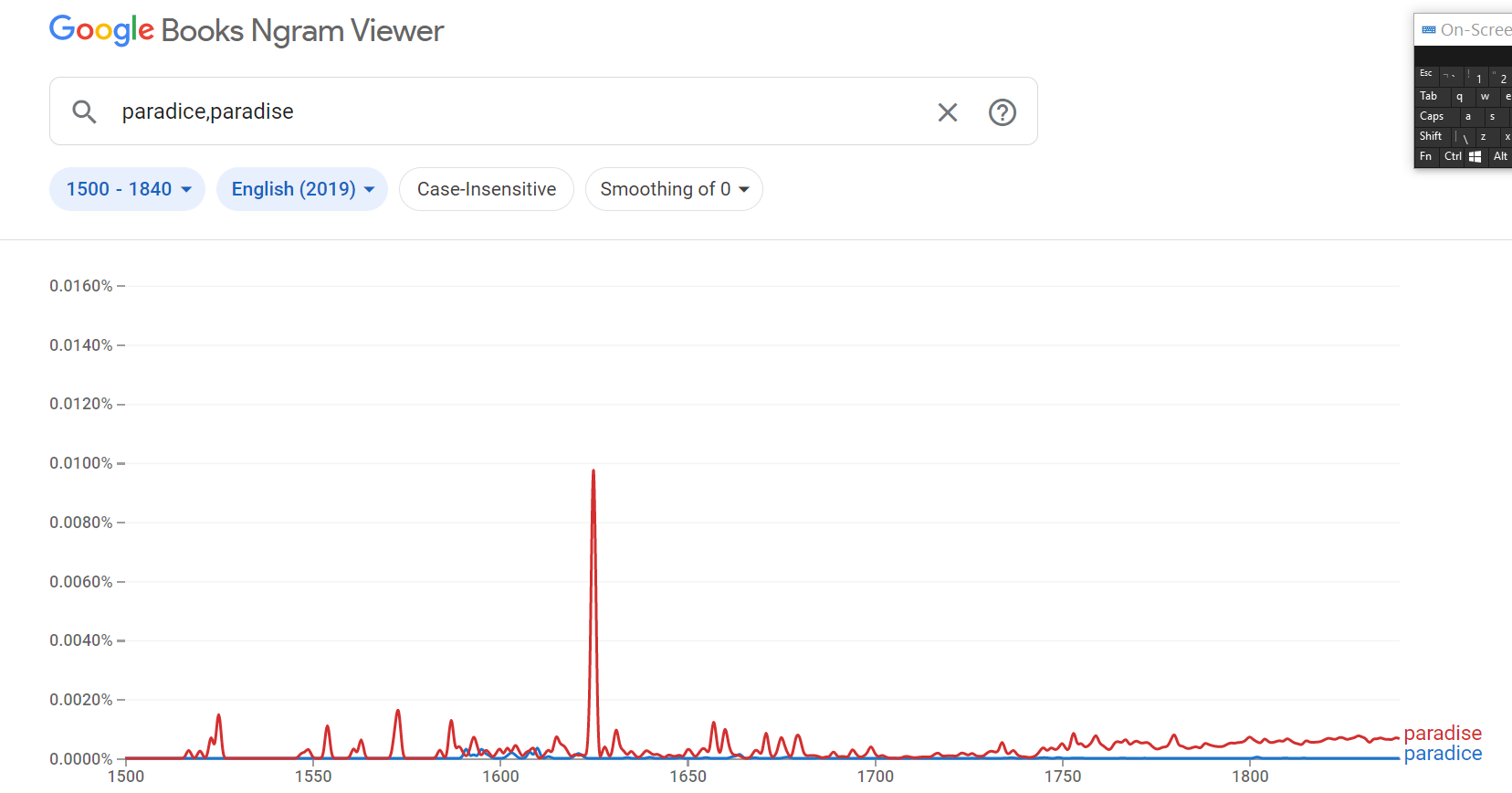 Printing adds to the muddle

William Caxton first set up in business as a printer in Bruges (now in Belgium). There in 1473 he made the first printed book in English, the Recuyell of the Historyes of Troye. Caxton returned to England in 1476 and set up a press in Westminster. The first book known to have been printed there was Chaucer's Canterbury Tales.

Caxton's spelling was based on the Chancery Standard, to which he added his own variants. Sadly, though printing brought many advantages, it also added to the irregularity of the spelling system. The printers Caxton brought with him from the Low Countries were unused to the English language and made spelling errors, eg any, busy, citie for eny, bisy, cittie.
...

By the end of the 16th century, the uncertain and variable state of English spelling led to calls for its control. The first person to write a book of correct spelling in Early Modern English was Richard Mulcaster, first headmaster of Merchant Taylors' School, and later High Master of St Paul's School, both in London, who published The first Part of the Elementarie in 1582. The English Spelling Society

Not the answer you're looking for? Browse other questions tagged etymology roots or ask your own question.

3
English word forms not having cognates in any other language
14
Are "tomorrow" and "morning" etymologically related?
1
What is the origin of the idiom "have been had"?
32
Why has the word "thrice" fallen out of common usage?
12
Why does the word "coffee" have two "e’s"?
1
"Variable" and "Constant" as Nouns
9
Why does "appropriate" (and also "duplicate", "deliberate" etc) have a different vowel in their adjective/noun and verb forms?