What does Dickens mean by "servant" in A Christmas Carol? [closed]

Ask Question
Asked 1 year, 7 months ago
Modified 1 year, 6 months ago
Viewed 341 times
0
Closed. This question is off-topic. It is not currently accepting answers.

In the following quote from A Christmas Carol by Charles Dickens, why does Dickens describe himself as a servant to the reader? What does he mean here?

their faithful friend and servant, C.D.

I have endeavoured in this Ghostly little tale to raise the Ghost of an Idea, which shall not put my readers out of humour with themselves, with each other, with the season, or with me. May it haunt their houses pleasantly, and no-one wish to lay it.

A perfectly clear and fair question though there are several answers to it via Duck Duck Go.

He is telling the reader about his intentions to other readers. This is how he ends up speaking of himself in the third person; their faithful friend and servant. It was common back then, you can read his other works, to address one's self as an other's servant if only initially upon meeting them out of politeness. If you see films of this story people just introduced will say "Your servant." This corresponds to the more recent usage "At your service."

I'm including a copy of the aforesaid preface by way of completeness, and so I can use the word aforesaid again.

From Dickens: I have endeavoured in this Ghostly little book, to raise the Ghost of an Idea, which shall not put my readers out of humour with themselves, with each other, with the season, or with me. May it haunt their houses pleasantly, and no one wish to lay it.

Manners were much more prevalent in Victorian times. The use of "servant" in this context expresses the writers willingness to do anything, especially in business, to accommodate the recipient's wishes.

It used to be more common to describe oneself in this way before signing a letter.

For example, Duke University has a collection of letters from Hamilton and Burr, and their web page describing the collection is called "Your Obedient Servant." The page features a large image of these words above Alexander Hamilton’s signature. 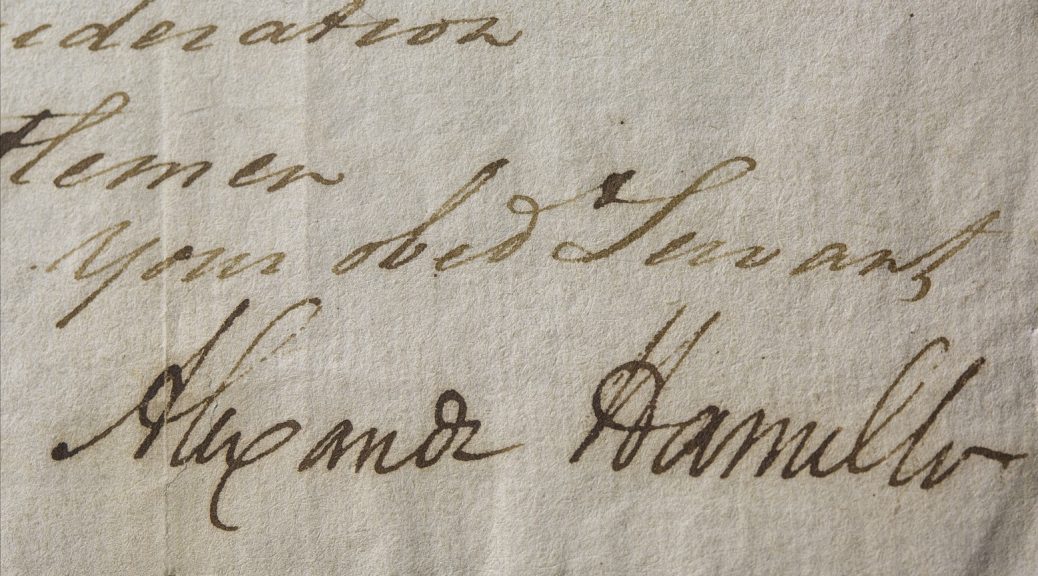 That page observes that the use of such expressions in the Hamilton-Burr correspondence earned the phrase "a prominent spot" in the musical Hamilton.

There’s already a discussion of this valediction here at this Stack Exchange.

There are also a few comparable examples here, from King Charles I of Spain and from Jefferson to Washington.

I don’t think that the words “faithful friend and servant” in Dickens’ signature hold any special meaning. They’re just a flowery, elaborate signature and a possibly jocular show of modesty.

Not the answer you're looking for? Browse other questions tagged meaning meaning-in-context literature dickens christmas or ask your own question.

6
Where did the term "Your Obedient Servant" originate?