Can we omit “with” in the expression glow with (something)?

I found this in the book The Red Badge of Courage by Stephen Crane:

Maybe the expression glow with (something) is used here, but omitting with?

Collins Cobuild English Grammar [§3.156] lists different semantic classes of verbs that may be used in a depictive 'verb with complement' construction. A classic example of a 'link-like' (ie copular/linking, but also having semantic content, unlike 'be') depictive construction is

In the 'have a particular appearance' [my term] semantic subcategory, Collins lists

[Note that these are depictive, not resultative, usages. Contrast They blew into the charcoal until it turned red.]

is certainly licensed, but the complement may be legitimately adjusted:

'With' may be used with these nominal complements (some might call them adjuncts), but not with the simple adjectives. However, the variants without the prepositions are probably more idiomatic in general.

These Google ngrams give evidence for relative frequencies of use: 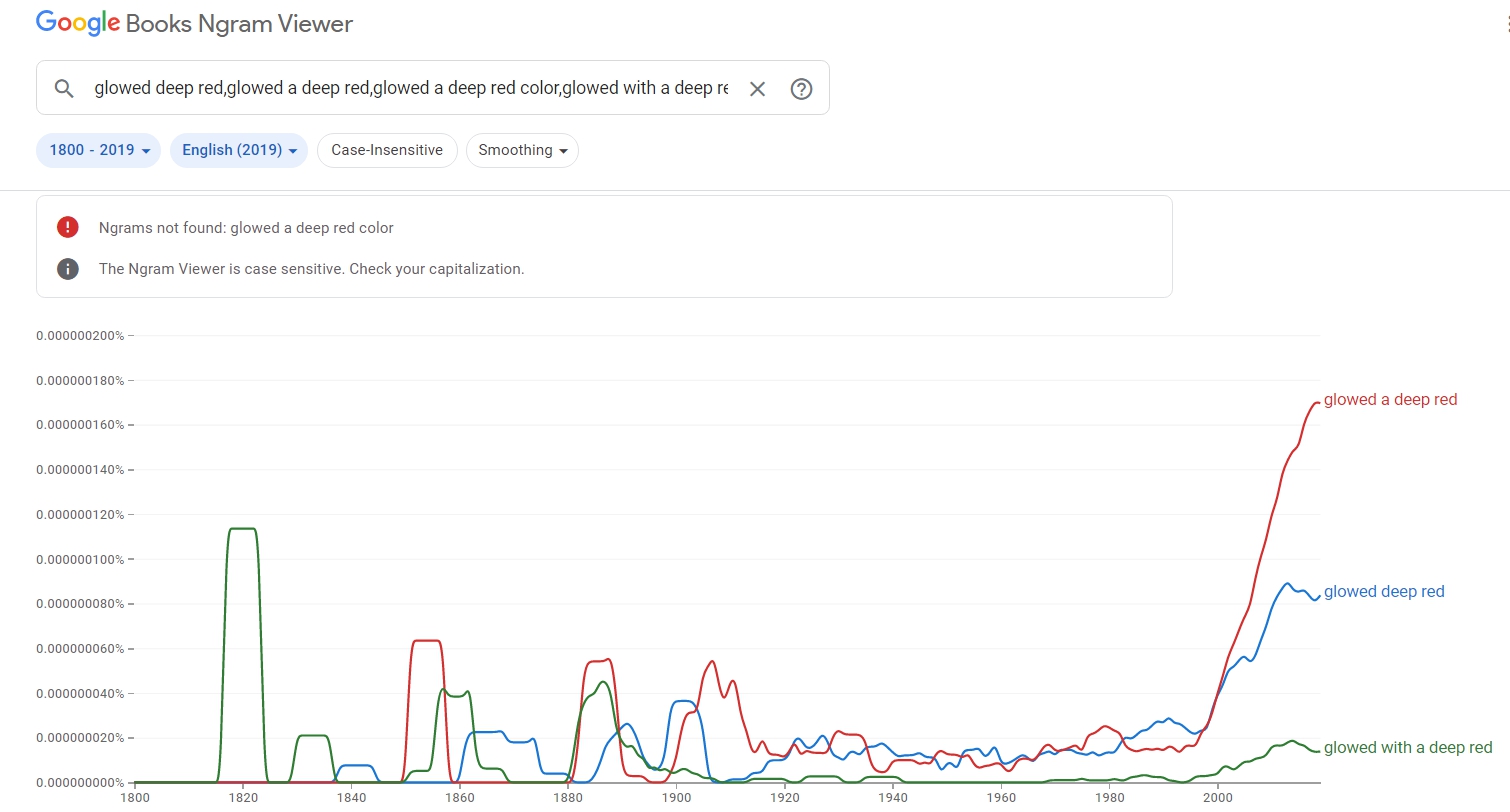 The sunlight … made it glow [with] a light yellow shade".

The short answer is “Yes you can keep or omit with.”

The sunlight … made it glow a light yellow shade".

“a light yellow shade” is not an object: it is the complement of “glow”.

“a light yellow shade” can be classified as

Not the answer you're looking for? Browse other questions tagged meaning syntactic-analysis or ask your own question.

3
Can you omit “which was” in this sentence?
0
Can we omit the preposition “to” in the phrase “be responded to by”? And why?
2
the meaning of “peripheral glow of our prosperity”
0
Can you clarify the structure “impress somebody with/by something”?
0
use something to do something (with)
3
Why is “envy” is considred a sin while “envious” is a rather desirable attribute?
0
The meaning of Robinson Crusoe’s “and without with turf”