Does anyone know the origins of the phrase “Is dis/this a system?”?

After seeing it in 1920s and 30s era American comic strips, and later scattered in multiple pop-cultural contexts, I was wondering if the phrase was tied to any specific event or cultural phenomenon.

Here’s an example from Victoria University: 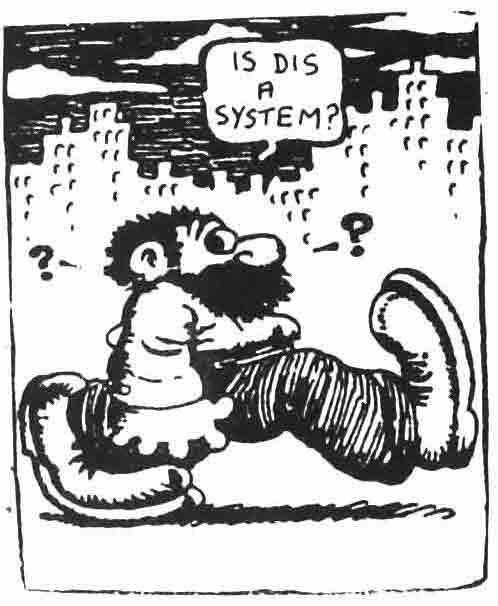 The site Pseudopodium traces the expression back to American comic writer Milt Gross (while also noting that Robert Crumb later revived the expression in his comics):

You need a catchphrase to make it in this wicked world, and Milt Gross gives the peculiar catchphrase "Is diss a system?" the blanket coverage of an assured trademark -- it's in pretty much every other column. (His claim to "Banana oil!" seems more contestable, though he's still two years earlier than the first OED attestation, P. G. Wodehouse in 1927.)

Indeed, it was so iconic a phrase from Milt that it was chosen as the title of a (2010) collection of his early works. "Is Diss a System? presents some of the most outstanding and hilarious examples of Jewish dialect humor drawn from the five books Gross published between 1926 and 1928". Here's an example from Nize Baby (1926), specifically the "ferry tale from Romplesealskin" (fairy tale from Rumpelstiltskin):

[W]ot he deedn't had nidder a niddle nodder a trad notivvin a hoat in de hend de whole time!! Iss diss a system???!!

From this, it becomes clear that the dialect being represented here is a (near-unreadable) Yiddish-English mix.

Does it mean something? I'm not sure. One person on Tumblr says it is one of his "priceless, original non sequiturs".

Not the answer you're looking for? Browse other questions tagged etymology phrase-meaning phrase-usage dialects or ask your own question.

10
Origins of negative prefixes like in-, un-, il-, ir-, dis-, a-
6
Origins of "Seedy"
3
Origins of “Turnkey”
3
Origins and history for phrase "tote that barge"?
35
What does "Dis sho' am good" mean in this old advertisement?
2
Origins of "sure" meaning "yes" in American English
0
Meaning of precisely in this paragraph
9
"Katy bar the gate" origins -- Katherine Who?