What's the '[sic]' in Newton's quote about standing on giants?

I was going through this Wikipedia page and came across the following section:

What Des-Cartes [sic] did was a good step. You have added many several ways, & especially in taking the colours of thin plates into philosophical consideration. If I have seen further it is by standing on the shoulders [sic] of Giants.

The [sic] in the last sentence confused me, what is the error in Newton's quote? I'm guessing Newton intended that giants have two shoulders, and that he was presumably standing with one foot on each shoulder, so it makes sense to use the plural "shoulders". I am not sure why "Giant" is capitalized, but I don't think that is the error due to the placement of the [sic].

The first [sic] is modern. Rendering his name as "Des Cartes" or "Des-Cartes" was common at the time.

The life of Monsieur Des Cartes containing the history of his philosophy and works : as also the most remarkable things that befell him during the whole course of his life / translated from the French by S.R. (1693).

The fact that an alternate title of this work is Vie de Monsieur Des-Cartes suggests that the 'Descartes' convention was not yet established, in fact you can buy Les Meditations Metaphysiques De Rene Des Cartes on Amazon.fr

Here is the title page of his own (Latin) work of 1641, where his surname is rendered as "DES-CARTES" 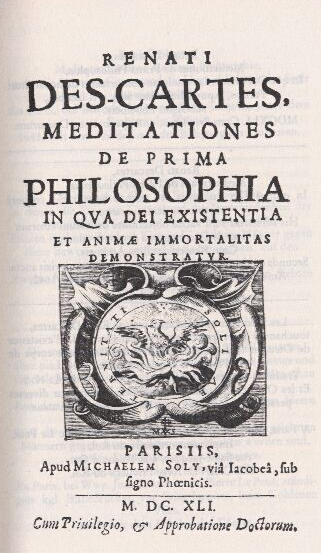 And the French 1647 translation likewise: 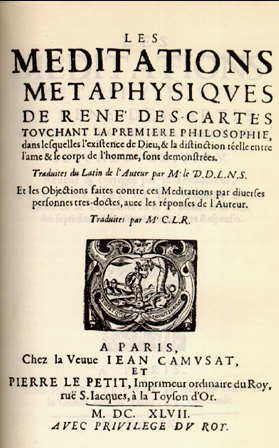 As noted by @jessica in another answer, the quote on the Wikipedia page was edited to change sholders to shoulders (and much was changed to many). Both of those edits were incorrect; what was there before can be seen in Newton's original letter. The original page quote has since been restored.

The real question is whether [sic], which denotes an error, should appear after sholders. Sholder is a Middle English spelling that still had a little traction in Middle Modern English (1660–1789), the period in which Newton wrote his 1676 letter. The OED (login required) cites this example from 1683:

1683 J. MOXON Mech. Exercises II. 187 A short piece of a Knife broken off about two Inches from the Sholder.*

If sholder was still an acceptable spelling in Newton's time, and if Newton was using it intentionally, then sholders was not an error, and [sic] should not be applied. (Some other form of notation about archaic spelling and usage should be deployed if an explanation is deemed necessary for the audience.)

* Note the capitalization of the nouns there—like Newton's Giants.

Not the answer you're looking for? Browse other questions tagged capitalization sic or ask your own question.

17
Is the game, "go," a proper noun? What about "checkers" or "chess"?
4
What's the etymology of English letter casing terminology?
0
Proper way to quote the end of a saying (ellipsis use and capitalization)
2
Capitalization with quotation marks when the quote is not direct speech
2
Do you need to use "sic" for every error, or just the first occurrence?