Term for spelling out letters with your body

Is there a term for people spelling out a name or some other word with their bodies (e.g. YMCA), usually for the purposes of a fun photo? This is similar to sign language but uses the whole body with arms and legs.

As far as I remember, it's called Acrobatic Alphabet. 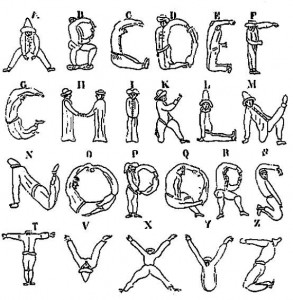 N.B.: After some googling, I've found the term Human Alphabet. You can check out the results from this link.

Santas in Star Formation: Schoolchildren dressed as Santa Claus form the shape of a star ahead of Christmas celebrations ... [Source: Reuters Date:12/28/2011] 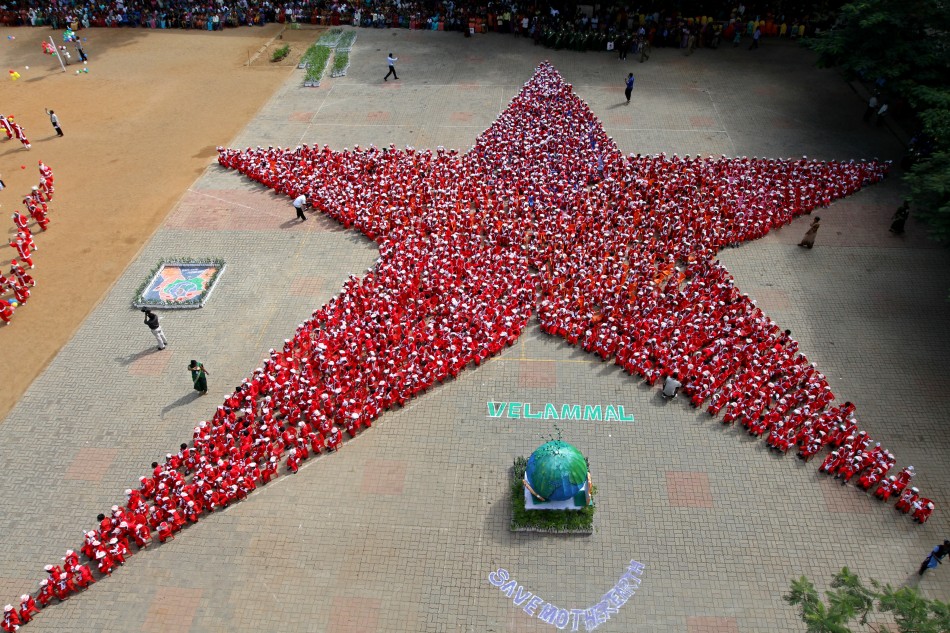 In various contexts not limited to using the human body alone, this pattern is commonly known as a formation. We usually see aircraft flying in formation.

Formation skydiving is the art of building formations in free-fall with multiple people gripping each others' limbs or specially built "grippers" on their jumpsuits.

A V formation (sometimes called a skein) is the symmetric V-shaped flight formation of flights of geese, ducks, and other migratory birds. V formations are also used on military flight missions.

Crop circles are also referred to as crop formations, because they are not always circular in shape.

In association football, the formation describes how the players in a team are positioned on the pitch.

Formation dance is a style of ballroom dancing. It is pattern or shadow team dancing by couples in a formation team.

[EDIT-1: As suggested by @Mehper C. Palavuzlar] Acrobatic Alphabet / Human Alphabet may be more appropriate depending on the OP's question.

Alphabet Recreation has all the alphabet formations in photographs.

6
A term for words used out of habit
3
What is a term for someone who is bad at communicating with other people?
8
What is the term for replacing a name or brand with a funny pejorative / sardonicism?
5
Is there a term that covers body parts, tools, entities and more?
4
Non-sexual term for spread-eagle
4
What do you call someone moving arms and legs around much?
2
Term for alternative spelling, which is not incorrect, but very sparsely used
1
A word/phrase for “previously asking someone about how she would want to be treated in special conditions”
24
What do you call it when your unit does physical exercise as punishment because one soldier did something wrong?
1
Adjective form for “made out of energy”