Is 'the course' a complement or an adjunct in 'Stay the course'?

Stay the course is a fixed expression, but I'd like to know how to analyze the course. At first blush, it seems to be complement of the verb stay.

But then, you have a similar-looking example stay the night, where the night seems to be an adjunct.

So I'm torn between the two. Which do you think is correct, and why?

Here is a complement to consolidate the notion that the grammatical analysis of idioms is not really possible. It is contrary to the notion of compositionality (ref.).

This is what can be read in a pdf on idioms available in The International Journal of English Linguistics.

They are expressions, not subjected to analysis, only some syntactic changes may be carried out in them. Moreover, the diagram from the same source shows clearly the non grammatical approach on the left for the idiom and the usual grammatical analysis on the right for the "regular" meaning of this phrase. 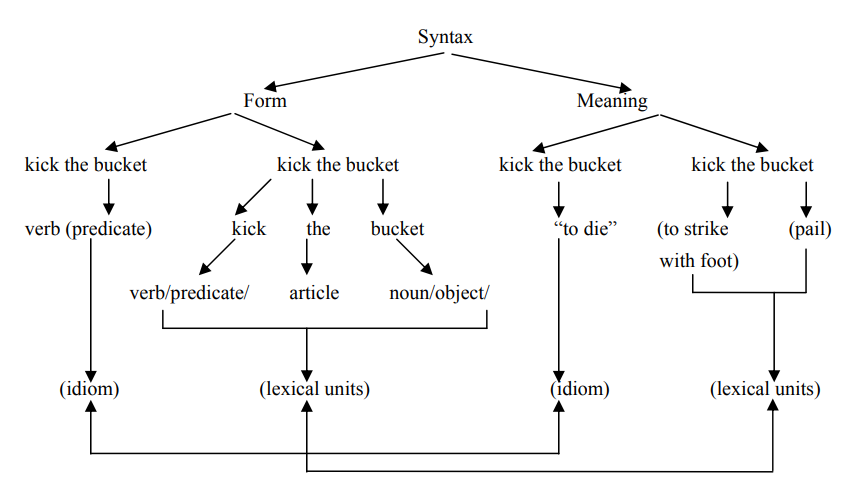 The original meaning of "stay" was

I. intransitive. To cease moving, halt.

or transitive = to cause to halt:

1816 "The History and Antiquities, Ancient and Modern, of the Borough of Reading" By John Man "And also his majesty further stayed his horse until the mayor had taken his horse."

In most cases, this meaning gave way to the idea of “remaining” and, in this sense, both of your examples are much the same and basically carry the meaning of “to maintain or remain or endure in a constant state or action. [1]

In both cases, the verb acts only on the subject: neither “the course” nor “the night” experience being “stayed”. Thus, in these cases, the verb “to stay” must be intransitive.

There is no reason why a word cannot be both a complement and an adjunct: in your case, what follows ‘stay’ can also be described as a dative (= for the course / for the night)[1] Thus in all cases, the noun in question becomes a modifier/adjunct.

6.a. With predicative complement:* To remain in the specified condition.

1640 J. Suckling Ballad on Wedding 38 Her finger was so small, the Ring Would not stay on which he did bring, It was too wide a Peck.

In the entry for “to stay the course” we have:

1860 Rous in Baily's Mag. I. 18 There is another popular notion that our horses cannot now stay four miles.

[1] II. quasi-transitive and transitive uses derived from I.

1966 Listener 10 Mar. 365/3 There was much to be learnt from this programme—about metal fatigue, for instance—for those who could stay the course.

[2]7. With emphasis or contextual colouring:

7 b. To stand one's ground, stand firm (as opposed to fleeing or budging). Now rare.

1851 E. B. Browning Casa Guidi Windows i. xxvii. 74 Who, born the fair side of the Alps, will budge, When Dante stays, when Ariosto stays, When Petrarch stays, for ever?

Not the answer you're looking for? Browse other questions tagged verbs complements adjuncts or ask your own question.

3
Give it me! Write me!
0
notion of complement