Is “tell advice” not idiomatic over “give advice”?

I was told by some users @Shoe and @Greybeard that “tell [...] advice” is not a collocation used by native speakers at all, “give advice” is the only expression used.

So I investigated to see whether this was true and I found some results. I googled “tell me some advice” which gave results of about 521,000 with some sources being less legitimate and with some occurrences even occurring in Google books: 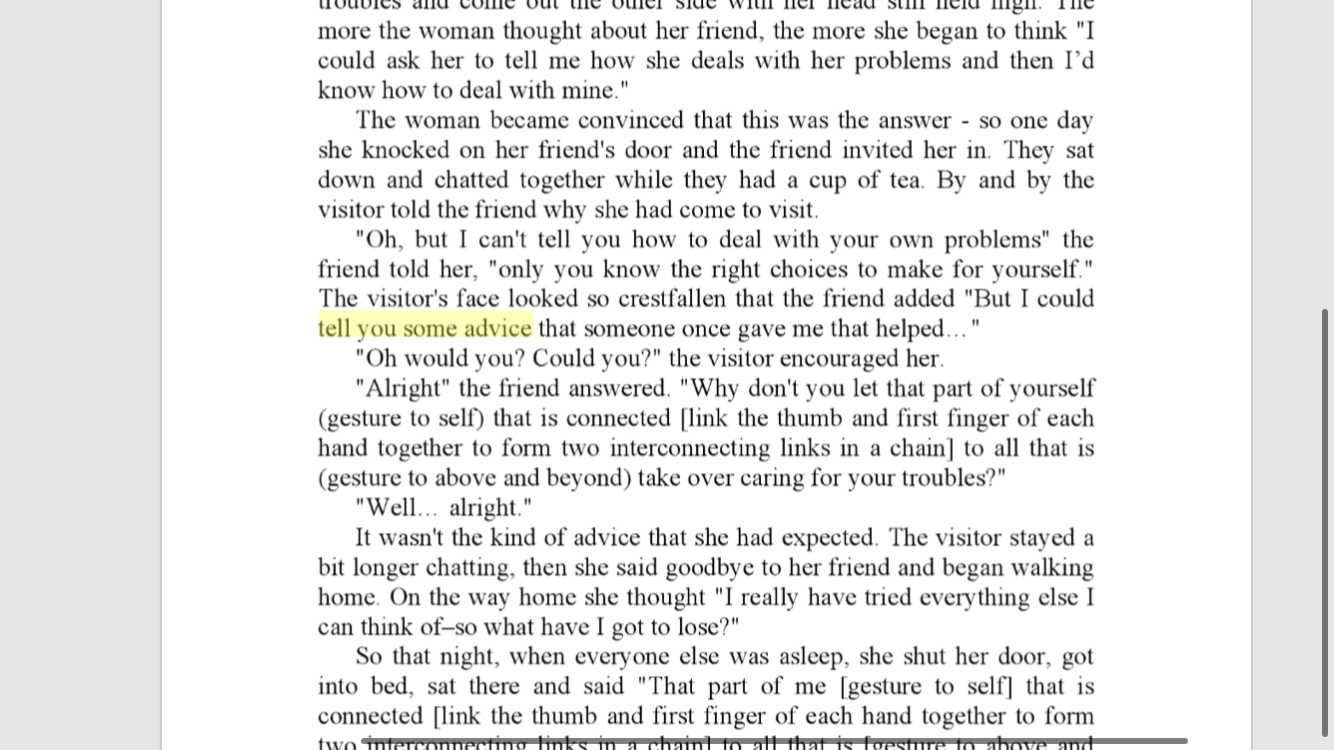 To me “to give someone advice” is the most common variant but it sounds phrasally and unidiomatic. However, to be politically correct I think “tell some advice” is more appropriate as personally in my grammar you cannot “give X advice”, you can only give physical objects but you can tell or speak advice/words. This is my reasoning for being able to use “Tell advice”. I don’t however suggest that it’s more popular than “give advice” which is obviously the most used, however I wouldn’t say that native speakers do not talk like this or that it is ungrammatical.

Note it’s not about whether something is grammatically or politically correct, it seems, as long as the phrase’s use is attested for by the community then it can “seem” valid, almost just as grammatical and accepted as their Standard counterpart. This is what is usually seen with phrasal verbs. 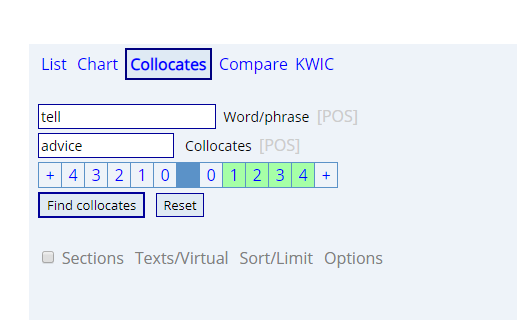 People are telling me they can't find the tell + advice collocation on COCA, that's because you do not know how to use it! Follow the above screenshot, then click "0" on the left before clicking search.

Put too much stock in others' opinions, though, and you can feel pulled in all directions. If you lack the confidence or experience to tell good advice from bad, you might lose sight of your own story, cobbling ideas from mismatched bits of cloth. [...]

Q: Which social issues? # A: Some of the social issues. # . # Q: Choice, the issue of abortions, would that be one of the social issues? # A: That's one. # . # Q: That's a good start. Do you recall any others off the top of your head? # A: There probably are more. (Laughter) # . # Q: If you had to give your own kids one piece of advice, what would it be? # A: One piece of advice I'd tell my kids is stay committed to the important things. And they're not jobs or they're not different positions, but they're the basic elements of living a good life and that is commitment to your faith and your family and to your belief structure

My questions are this:

(1) Do you consider the collocation “tell advice” as not used by native speakers, therefore not “idiomatic”, despite what the Google search results and COCA suggest?

(2) Is “tell advice” ungrammatical in anyway over “give advice”?

People have questioned the validty of "tell advice" from the above sources and so I found several usages of it in the Corpus of Contemporary American English (COCA). Is this evidence more valid to attest the use of "the advice"? If so, can my question now be taken seriously?

Also, I wouldn't consider n-grams a reliable source for 'idiomatic' over corpuses...

Furthermore as stated in the first line of my question, I didn't mention anything about fixed collocations!

Phase 1: Close comparison of phrases of the form 'X [to] you some advice'

Goodle Ngrams show the year-by-year frequency of matches in the Google Books database of published works for each search term submitted.

Left out of the Ngram because of too few matches are the phrases starting with "provide," "send" "share with," and "tell." And yet each of these phrases does draw some matches in the Google Books database. This is how the frequency of each of the also-ran stacks up" in terms of confirmed nonduplicate matches:

So at least in the case of "tell you some advice," the phrase with "tell" is not only so rare in the Google Books database that it doesn't generate a line graph (unlike four relatively frequent alternatives), but it finishes last in the cohort of six relatively uncommon alternatives, with only two matches.

Phase 2: Close comparison of phrases of the form 'X some advice'

The most striking thing about this chart is rise in frequency of "offer some advice" since about 1970: since the early 1980s it has been more common in Google Books publications than "give some advice." Also noteworthy is the fact that six of the nine phrases I tested were frequent enough to generate line plots on this Ngram chart. Here are the confirmed nonduplicate matches for the three that were not sufficiently frequently used:

In this cohort of nine phrases of the form "[verb] some advice," the phrase "tell some advice" finishes dead last, with just one match.

Phase 3: Close comparison of phrases of the form 'X advice'

Finally I reduced the search terms to verb + "advice," and ran the same set of Google Books searches. This time around, the Ngram came out as follows:

In this case, eight of the nine search terms registered enough matches to enable Ngram to plot individual lines for them—although the frequency of "give advice" was so much greater than the most of the rest that only "offer advice" and "provide advice" rise appreciably above the baseline of the chart. The one phrase that didn't generate enough matches to produce a line plot was "tell advice." Here are the confirmed nonduplicate matches for that phrase:

There are a great many ways to express the idea of conveying advice to a person—and a number of verbs can stand in for "give" or "offer," the two verbs most commonly used to complement the noun "advice." One possibility—at least for some published authors—is "tell [someone] [some] advice." But this is by no means a common choice, and indeed, in the three Google Books searches that I ran for phrases describing the conveyance of advice, "tell" was the least common of the nine verbs I searched for each time. 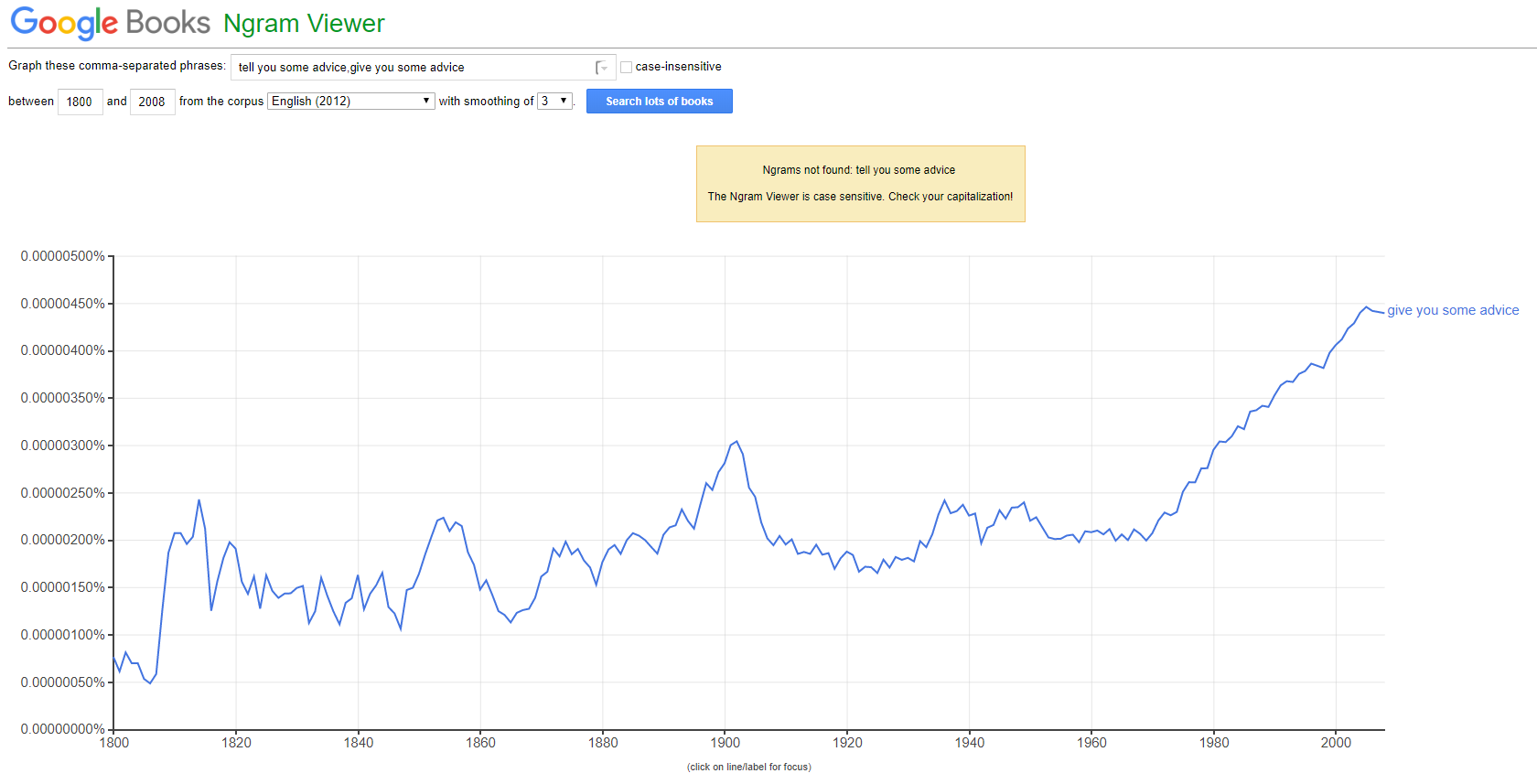 While I wouldn't normally consider this definitive, in this case I think it can stand.

So apparently tell advice, though understandable, is a non-idiomatic construction.

According to English Collocations, give advice, offer advice and provide advice are the correct collocations.

I googled “tell me some advice” which gave results of about 521,000

One of the problems with Googling English phrases, is the number of results that appear on the first page. In fact, "tell some some advice" does claim there are 531,000 results, which sounds incredibly impressive but the trick is to scroll to the bottom of the page…

Note that Google provides only two pages, also note the last result which appears directly above the page views

Apart from the “tell me some advice”, the other phrase which also tells me the speaker is non-native is “to grow him weight”, it is completely understandable but it is not representative of fluent and natural English.

In the end, the total number of results (according to Google) appears to be as low as 79.

I didn't dig through all of the above examples, but most of them are not using the words in the usual "give advice" context.

If you lack the confidence or experience to tell good advice from bad ...

This isn't speaking about "giving" advice to someone else, but rather about distinguishing good advice from bad.

The meaning of "tell" here is "distinguish".

But I could tell you some advice that someone once gave me ...

Here the speaker isn't so much "giving" advice as simply repeating what was given him.

Finally, it needs to be understood that a subtle implication of "give" is that the advice is indeed a gift. If you instead say "Let me tell you some advice ..." the implication is that it's more of an order, especially if the speaker is anyone of authority.

Not the answer you're looking for? Browse other questions tagged verbs idioms phrasal-verbs collocation or ask your own question.

25
Why does "tell me about it" not mean "tell me about it"?
7
"Has the say on it"
3
Collocations for "compromise"
2
What is an English analogous expression to "as practice shows"?
4
Is "less than eager" a native English idiom?
0
"A comment is in place"
7
Any advice for agentive suffixes of single-syllable words ending in y?
1
Starting a sentence with "If making ..."