Is there a word for someone that gets constantly deceived and never learns? ex. Charlie Brown always falling for Lucy's “pull away the football” gag? [duplicate]

Ask Question
Asked 1 year ago
Active 1 year ago
Viewed 2k times
13
This question already has answers here:
What is an adjective that means a person that easily trusts others? (12 answers)
Closed last year.
Locked. Comments on this question have been disabled, but it is still accepting new answers and other interactions. Learn more.

I was thinking that it would be useful to have some potent way of expressing that a person, population, nation, organization, species.. Any entity. Is susceptible to being constantly duped by some trick and they either never figure it out or it takes a long time for them to slowly put the pieces together. If there isn't a word, how could it be phrased?

The classic example below. 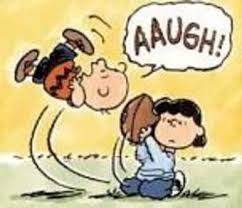 too willing to believe that someone is telling the truth, that people's intentions in general are good, or that life is simple and fair

easily deceived or tricked, and too willing to believe everything that other people say

sucker n Slang
One who is easily deceived; a dupe. TFD Online

The term for this in American English (where Charlie Brown comes from) is patsy.

Someone who is constantly deceived and never learns would be an easy mark. Here is Merriam-Webster:

: one easily imposed upon, duped, or overcome

The duped meaning especially comes into play in contexts where someone is otherwise being fooled. For instance, Psychology Today in an article titled "How to Keep Fake News Out of Your Head" (Guy P. Harrison, 18 July 2019) recommends that people try to avoid being an easy mark, that is, duped by bad information:

Police your own thoughts. Don’t be such an easy mark. Good thinking is not as difficult as you may imagine.

This word is not only applied to people. A recent headline from CNN demonstrates its use as applied to a country, denoting that a group of followers of the US president thought the country would be easily deceived:

So Charlie Brown is an easy mark for Lucy's tricks.

Charlie Brown is slow on the uptake.

I think this emphasises the persistence of the problem rather that simply calling Charlie a stupid person or a sucker.

Another name for an individual whom (also as defined "bumpkin) Is described as ignorant, ignoramus, or foolish, would be a "Rube"

Not the answer you're looking for? Browse other questions tagged single-word-requests phrase-requests expression-requests or ask your own question.

10
What is an adjective that means a person that easily trusts others?

27
Is there a word or expression for when someone passionately wants something, and then discovers afterwards that it's different from how he imagined?
1
Is there a word for a word that someone hears often but never has learned the real definition to?
4
What is the word/phrase for the phenomenon that heroes and (particularly) heroines never die in a movie?
14
Is there a word for being sad about knowing that the things that make you happy will eventually go away
24
What is the one word for someone who gets worried and anxious too fast, usually over silly things?
1
Whats a word for someone who distrusts laymen and believes they always need to leave things to the professionals
0
What is the English word for a person who spends too much time thinking about philosophy and stuff and never actually gets anything done