What do you call the different "versions" of a newspaper's specific issues?

Let's say there is a newspaper called "ACME News".

However, for a given day, they might publish several slightly different "versions" of issue 1. For example, the "initial version", the "updated version" and the "final version". I have seen these referred to as "editions", especially as in "final edition".

Is "edition" the right terminology for different "versions" of an issue? Where they have maybe corrected typos, added small updates to existing stories, but don't make any major changes until the next "issue" (which will have a entirely different set of news)?

The problem I have with "edition" is that it seems to overlap with other concepts, such as "Sunday edition" (which should be "Sunday issue" if you ask me), or "British edition", "American edition", "Canadian edition", etc. I don't want to use the word "edition" to refer to more than one concept, to avoid confusion.

So, are different versions of the same issue called "editions", period? Or can they be called "versions"? I'd like to stick fairly closely to established conventions for this.

As Hot Licks says "Edition" is used for this. Here, in today's New York Times see "Late Edition" in the upper right. 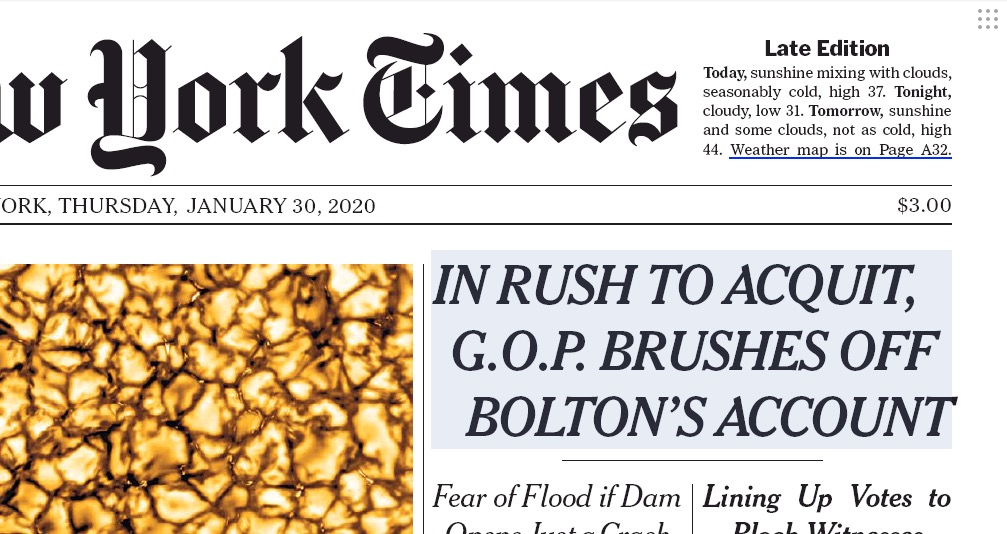 When I was in high school and worked at a small newspaper distributor, the St. Louis Post-Dispatch indicated editions with star (asterisks). The final edition of the night was the five star "*****".

5
Synonym for "final" or antonym for "draft"
10
When did British and American crochet terms diverge?
2
What's the best term for a cognitive state where you can't quite build the components up to achieve the solution?
0
What do I call the collection of different versions of a file?
5
An alternative to using the word "Resources"?
12
Word for a ‘vignette’ on a specific topic within a book
6
Word for an upgrade which is really not an upgrade
0
A single word for multiple things that supersede others
1
Simple phrase for the business model of 'secretly' worsening terms of service?