Is "to go berserk" used by native speakers or is it obsolete? [closed]

Is "to go berserk" used by native speakers or is it obsolete? BTW, what is the best online source to check whether a phrase or word is obsolete? Thanks!

NO, it is not an obsolete expression:

Google Books shows its usage as been on the increse since it was first introduced in the early 20th century.

A brief history of the term “berserk” from the Grammarist:

In Old Norse writings, berserkers are warriors who fight in a furious, uncontrollable, possibly drug-induced trance that gives them great strength and courage. The word came to English in the early 19th century and was initially used mainly in reference to the warriors, but it was soon shortened to berserk and gained its secondary, now more common meaning: frenetically upset or violent. The adjective is often embedded in the verb phrase go berserk, similar in construction and meaning to phrases such as go crazy and go insane.

Berserk is more closely synonymous with wild and frantic than with crazy and insane, which are broad enough to cover behaviors that are only moderately out of the ordinary. A berserk state is an extreme one, and the berserk person is not easily calmed.

Google is not an academic authority and these results will be very biased towards written English and a more computer-savvy demographic. Nonetheless, it's a really fast way to get some intuition in phrase usage.

This answers the second part of OP's question:

How to check if a phrase is obsolete?

An easy method to check for the popularity and trends of certain phrases is by using Google Trends. In your case, 'go berserk' shows higher usage until 2006 after which it decreased in usage, except for a large peak in popularity around 2016.

This analysis is based on some of the alternatives suggested in the comments. It clearly shows that all suggested alternatives (beast mode and go ham) are more popular, with 'beast mode' being the most popular. By looking at the trend you see that it has probably reached the peak of its popularity and has already started going out of style.

Geographic data shows that 'going ham' is mainly used in the UK, where it is just as popular as 'beast mode'.

A Google search for pages with instances of either "go berserk" or "went berserk" returns 1.7 million combined results.

It's still very much a valid and current expression. 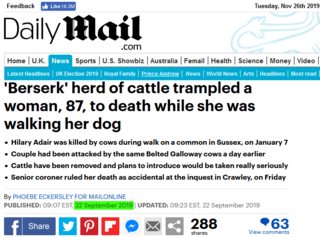 A more modern US expression for this is to go postal. Here's the Google Trend comparison with go berserk, showing almost an order of magnitude of difference:

Going postal is an American English slang phrase referring to becoming extremely and uncontrollably angry, often to the point of violence. The expression derives from a series of incidents from 1986 onward in which United States Postal Service (USPS) workers shot and killed managers, fellow workers, and members of the police or general public.

Indeed, the search terms are not exactly the same as general use. Arguably, some of the searches for "going postal" are there because people have heard an expression which they didn't know. Still, they had to hear about it in the first place, meaning the expression is widely used.

The word is still in common usage in games and the fantasy roleplaying community. In Dungeons and Dragons it is used to describe the behaviour of Barbarians, which is probably different from its original Viking usage but is likely far closer to the original meaning than most modern uses.

For instance consider the Troll class in World of Warcraft, which you can read more about here 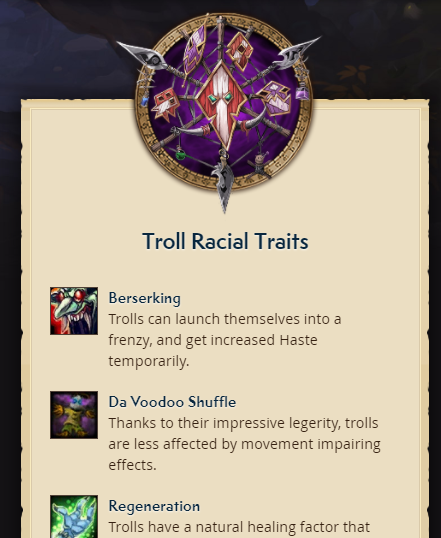 If anything it might be increasing rather than decreasing in usage...

Comparing "to go berserk", "went berserk", "berserker", "viking", and the similar expression "to go postal" in books: Google N-Gram --- I've thrown in "berserk" as well but I'm not satisfied I understand why it's increasing so much; if used in your sense great it makes the point -- if not then the rest still show it's no less popular. Play around with it, use only expressions in the same form (e.g., "to see red/to go berserk/to go postal"; "saw red/went berserk/went postal").

In general I'd say the idea/lore of the "Berserker" is (especially in Geek circles) much more widespread than it was 20-30years ago. Each Viking movie/series inevitably havs them (e.g., https://vikings.fandom.com/wiki/The_Berserker ), many historical or fantasy RPGs have them as class (e.g., https://www.dndbeyond.com/subclasses/path-of-the-berserker ), build&conquer games have them as unit or class (e.g. https://ageofempires.fandom.com/wiki/Berserk or http://classic.battle.net/war3/orc/units/trollberserker.shtml ), ... .

I'd hazard: "going berserk" was often used as an ideomatic expression like 'down to brass tacks' (what are those? what are non-brass ones made of? is it a sailors', or builders', or others' expression? etc) equivalent to "seeing red", now people would picture it more in a Viking context.

15
Is there a more modern way to say "it's a pity"?
14
Etymology of "medicine" and its Native American usage
12
Is this contraction of 'there is' acceptable to native speakers of English?
0
“...Which I have a basic knowledge of”
2
Is "Gone to Texas" a widespread idiom?
1
What was the original word used in the expression "studiously avoiding their glance"