Why use "unsubscribe successful"?

Just unsubscribed a bunch of emails and found a lot of sites would finally prompt "unsubscribe successful". The meaning is very clear and the expression is very concise. However, a verb + an adjective seems not grammatically correct here. I saw a few would say "...have been successfully unsubscribed" though.

So, why is this expression okay to use on most sites? Convenience overrides grammars? 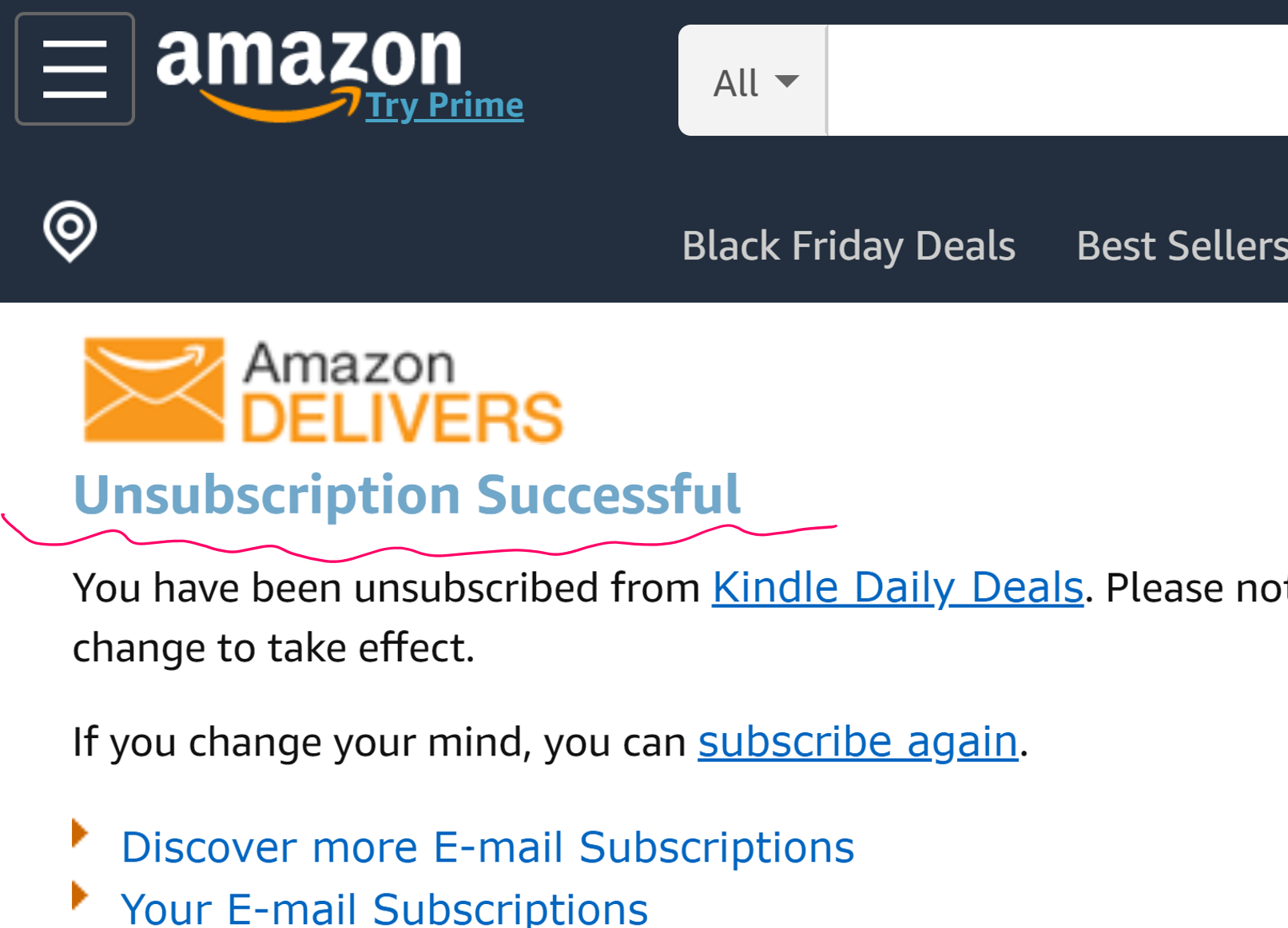 Unsubscribe was probably intended to be perceived as a noun here. Read that way, unsubscribe successful does not violate any rules of grammar. (It is admittedly not a grammatically complete sentence, but brief messages of this sort are generally not expected to be complete sentences.)

Whether such new nominalizations should be embraced or avoided is a matter of opinion. People whose jobs require them to frequently refer to a process of unsubscribing are likely to find it convenient to use unsubscribe as a noun. On the other side, those who are outside that world are likely to cringe upon seeing it, and to think of it as annoyingly jargonistic. It is probably wise for people in the former group to be mindful of how those in the latter group may react to this use of the word, when writing for them.

It remains to be seen which side will prevail over time, as many terms that were created by people in computing-related fields, as a part of their jargon, have percolated into uncontroversial everyday use over the last thirty years. Unsubscribe, used as a verb, may itself be an example.

Incidentally, prompt is not quite the right word for a message that says 'unsubscribe successful', given that it does not prompt one to do anything; its purpose is presumably to conclude the process.

Not the answer you're looking for? Browse other questions tagged grammar word-usage or ask your own question.

17
Is it correct to say "unsubscription"?
2
Headline Language

8
Why not use/to use - difference
2
Can I use “be productive with something” as in “be successful at something”?
1
Why do we sometimes use "when" instead of "if"?
1
Why does this sentence use 'so' and 'of' here?
0
Why use 'can' in this sentence?