How do you describe the expression of the boy on the left?

In Chinese, it's called "Xian Qi" which is a mix of dislike, avoid,refusal and disdain. It is usually used by people in the position of power or those who have advantage over others. 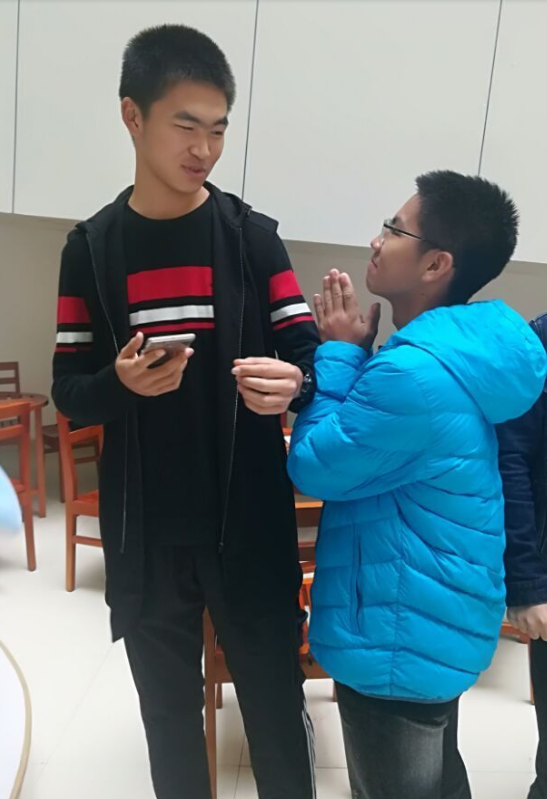 The person on the left has a sneer (noun) or is sneering (verb).

(verb) 1 : to smile or laugh with facial contortions that express scorn or contempt

(noun) : the act of sneering

Visual depictions of the expression will vary. Usually the nose or brow is engaged in a sneer, with one or both sides of the face drawn upward in a way that shouldn't be mistaken for a smile. The Body Language Project, a collection of nonverbal gestures and descriptions, features a mostly symmetrical sneer:

Sneering happens quickly, often in a split second, when the muscles between the eyes just above the nose contract forcing the skin around the nose to wrinkle and the brows to furrow. Sneers activate the buccinator muscles located on the sides of the face to draw the corners of the lips to twist sideways toward the ears. 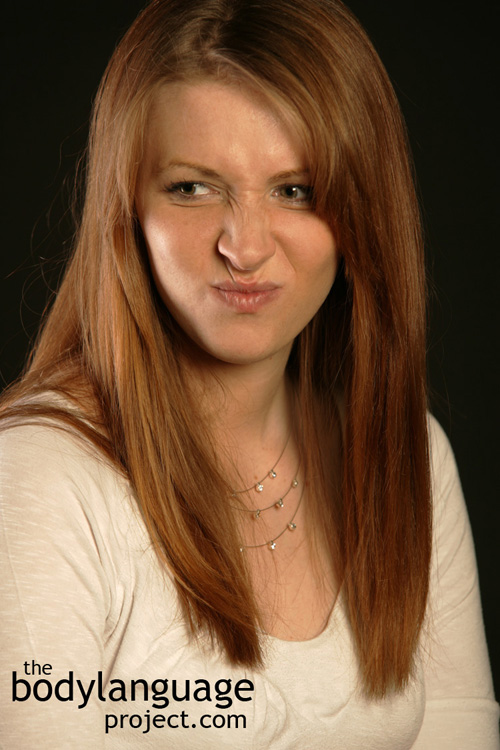 It is also frequently asymmetrical, as the related article for nose crinkle ("similar to a sneer") shows: 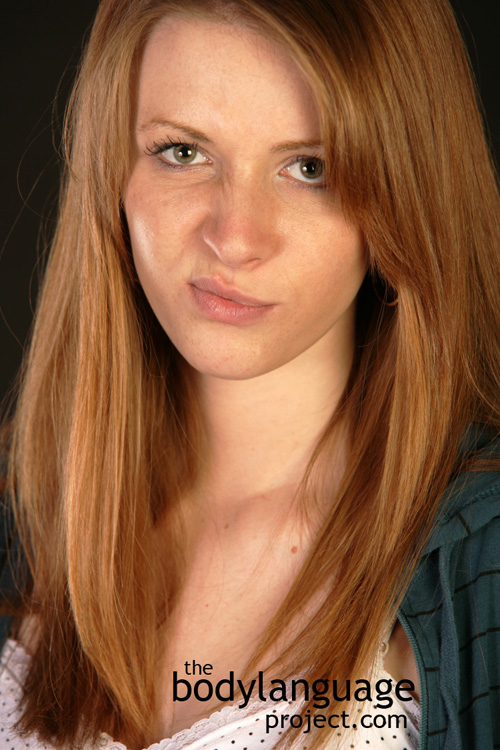 Not the answer you're looking for? Browse other questions tagged word-choice adjectives translation or ask your own question.

2
How to describe “working steadily and slowly is treated as stubborn”
1
What do you call someone who
8
What do we call those who discriminate against fat people?
1
How do I translate “Zwangsrouter”?
33
How can the Chinglish expression “you can you up” be translated?
0
word choice: enhance/increase standards