What are these things that surround museum exhibits called?

I'm trying to find the correct naming for these things in the image: 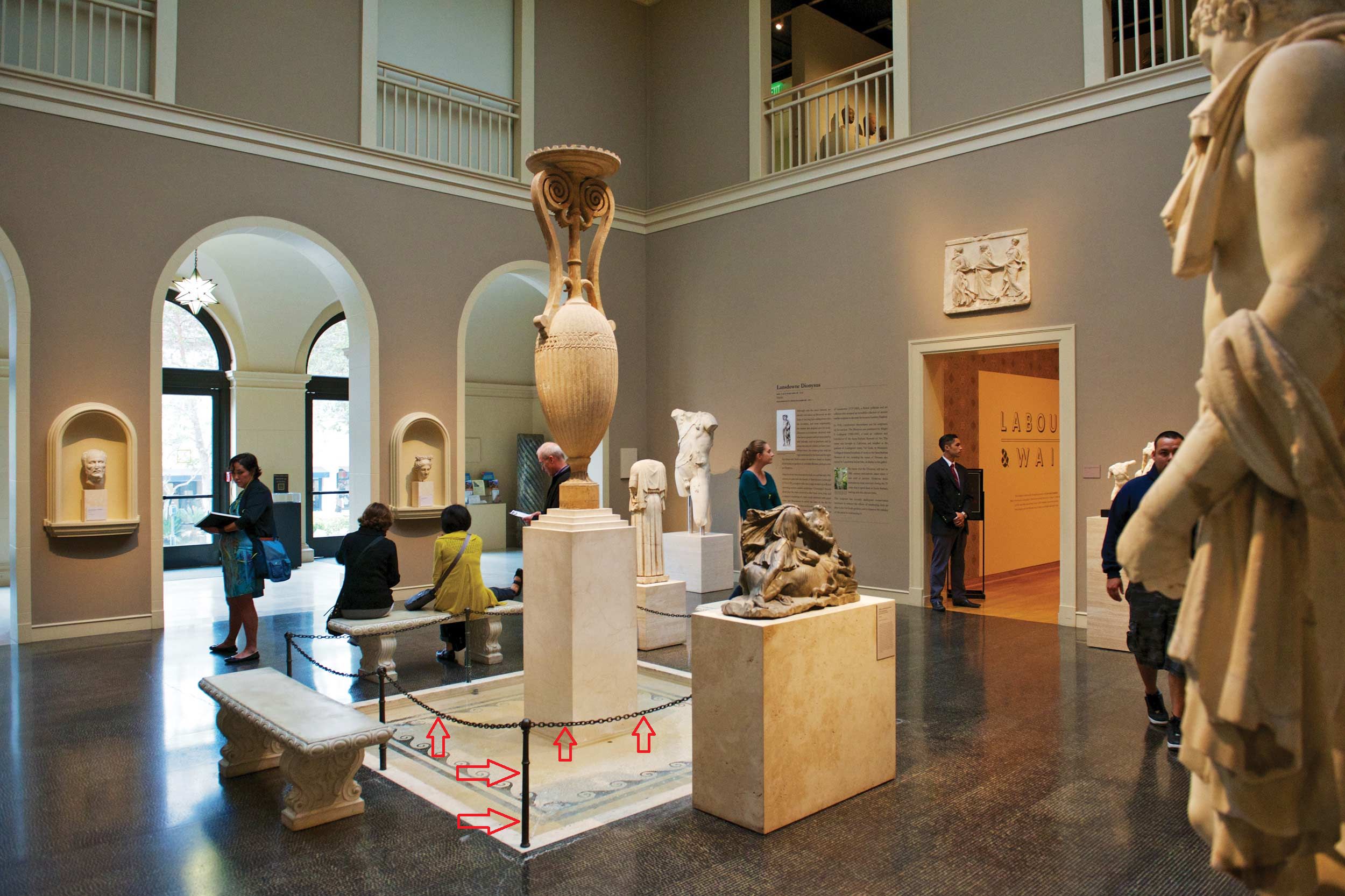 It's the things that surround the exhibits in a museum, and sometimes they delimit a walking area to guide visitors along. I'm mostly interested when they define a route to follow.

I'm thinking about red ribbons but I could only find an image with chains ('cause I don't know by what name to search them :D).

A barrier to surround and protect something is called a cordon. They can also be used to direct people to a destination. (As in an airport queue or amusement park crowd management.)

Similarly the verb to cordon off means to enclose something with a barrier.

They're often made of velvet with hooks that allow them to be detached and reattached, hence the term velvet rope. This style is most frequently used in theaters and nightclubs. When something is felt to be exclusive or mysterious it's said to be:

Behind the velvet rope.

The posts used to hold up the cordon are called stanchions. 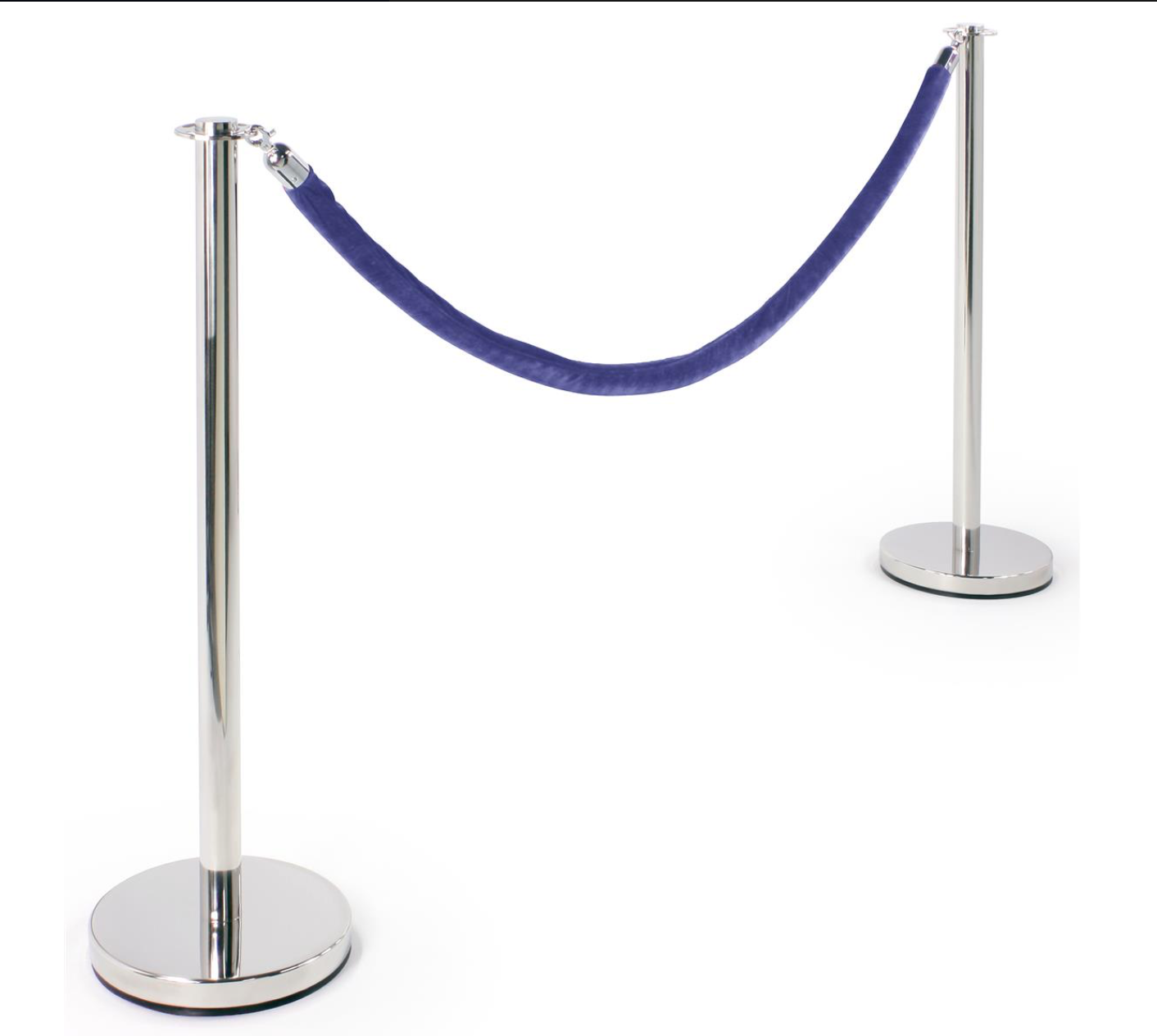 "Queue bollards" or "rope bollards" also come to mind. They can be used for the purpose of directing pedestrian foot traffic, controlling crowds and managing queues. 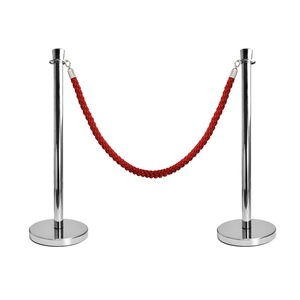 chiefly British: any of a series of short posts set at intervals to delimit an area (such as a traffic island) or to exclude vehicles.

Therefore, "queue bollards" or "rope bollards" are bollards with an ornamental cord or ribbon (cordon) that can be attached to or detached from them.

They can be sold just as "Museum barriers".

"Use this ____ Museum Barrier with Dual Retractable Cords to queue and direct visitors through your exhibit space or encourage visitors to keep their distance from valuable artifacts. The two 7-foot elastic cords fully retract into the 39" high stanchion. This freestanding barrier's lower cord is 19.75" off the floor, making it ADA compliant. Add a freestanding receiver barrier or wall terminator (both sold separately) to end a line of barriers."

There is also "Exhibition barrier systems" to surround single artifacts.

They are called stanchions. This can refer to just the column, or a set of column and whichever material is used to connect them such as chains or velvet ropes.

In event management a stanchion is an upright bar or post that includes retractable belts, velvet ropes, or plastic chains, sometimes in conjunction with wall-mounted barrier devices, barricades, and printed signage [...]