Understanding some lines from a movie

And these are line from two people.

Guy A: This ain't working, brother.

Guy B: It's your fuel map. It's got a nasty hole. That's why you're unloading in third.

Q1. In this conversation, what does 'unloading in third' mean? Q2. And what does you'll run nines mean?

I'm not a native speaker, so please help me to understand this movie better.

Fuel map = talking about computer file on your car ECU that handles fuel delivery to the engine. Can be adjusted with ECU tuning equipment (improve performance, accommodate modifications).

Unloading = not a set term but most likely referring to Engline Load (capacity to produce power) so from context, the car is losing power in third gear

Third = third gear on the car. Very common to refer to gears as just numbers. E.g. “the car was still spinning its tires through third”

Lengthened Injector pulse = from context he’s talking about adjusting/tuning certain parts of the fuel map (injectors refers to fuel injectors). Injector pulse is a super technical term referring to the length of time in milliseconds the fuel injector is working. Car guy know/what it means/even I had to Google the term

You’ll run nines = saying that with these adjustments to the ECU and making changes to your Nitrous system, you will run a nine second quarter-mile finish time in drag racing.

(9’s were a very impressive time in that early 2000’s era that could only be accomplished with heavy modifications on certain cars costing tens of thousands of dollars. Stock Ferraris 360 Modenas of that period ran the quarter mile in mid 12 seconds by comparison. Nowadays cars are much faster: you can buy a dodge demon from a dealership that runs mid-9’s stock, and the Tesla Plaid is into the low 9’s almost breaking 8’s. Modified drag cars are also much quicker these days with several thousand horsepower no longer rare or unheard of and batshit quartermile times (think 5’s and 6’s)).

Anyway, this movie (original Fast and Furious) was famous for using car jargon often just because it sounded cool and in ways that weren’t technically accurate and interspersing fake brands and made up terminology that car people cringed over. This exchange was passable although incredibly technical.

I know this reply is to an ancient post, I just love this movie so much 😅

It's your fuel map. It's got a nasty hole.

The fuel map is a visual graph of how your car's ECU uses fuel through the RPMs you generate as you accelerate through the gears. Adjusting the fuel map can tell the ECU how to produce power more efficiently. If you've got a 'hole' then at some point you are not using the engine to full efficiency. In order to produce a visual reference to the human tuner, a fuel map can be a 2D/3D chart or just a simple matrix. 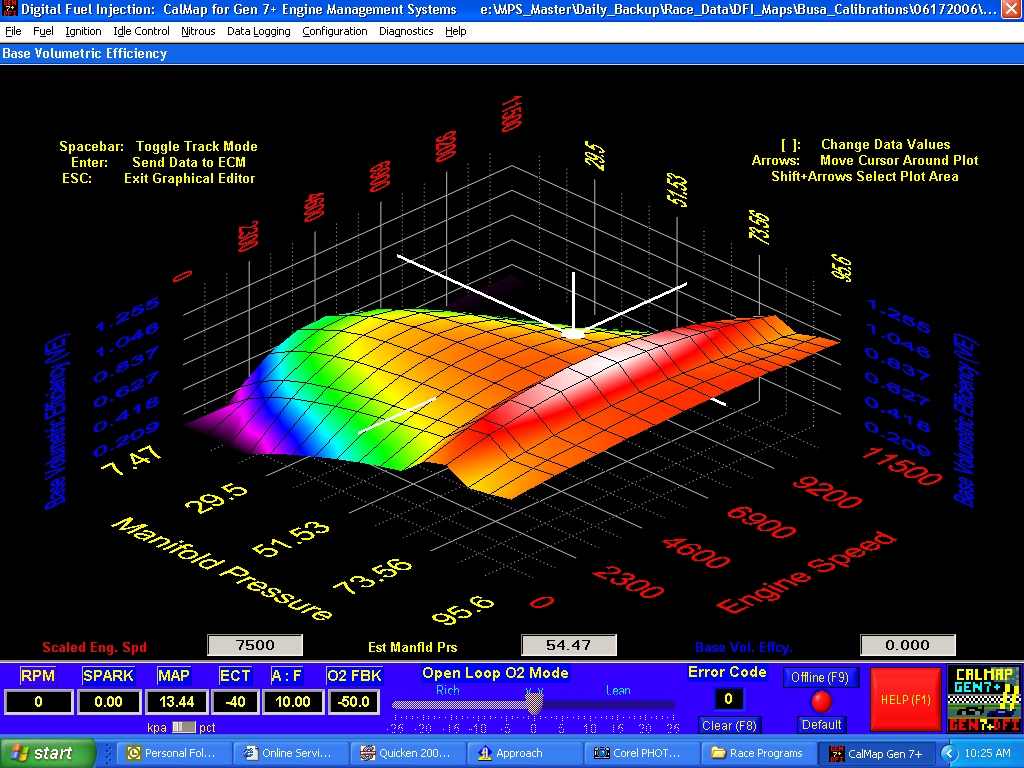 That's why you're unloading in third.

This means that you'll cover a quarter mile stretch in 9.00 to 9.99 seconds. You're literally 'running in the nines.' Straight line drag races are typically run from the starting point to the 'traps'; a distance of a quarter mile. The 'traps', or finish line, is where your elapsed time and terminal velocity are recorded.

Some drag races use an eighth of a mile but these are not as common as the quarter mile.

2
Phrase about movie stars
2
Quote from a movie: "To make a pounce"
0
''some theory'' vs ''some theories''
2
What is the word for "understanding someone's level of understanding"?
0
Meaning of "lines around the block"
1
I want to know meaning of some expressions in some sentences
0
Understanding the phrase "belly matches paws"
0
How should I interpret the boldfaced lines in the paragraph?