I'm looking for a name for the rooms that you'd find overlooking a castle's great hall.

Somewhere between a balcony and a viewing gallery. Examples can be found in the top right and left of this image. 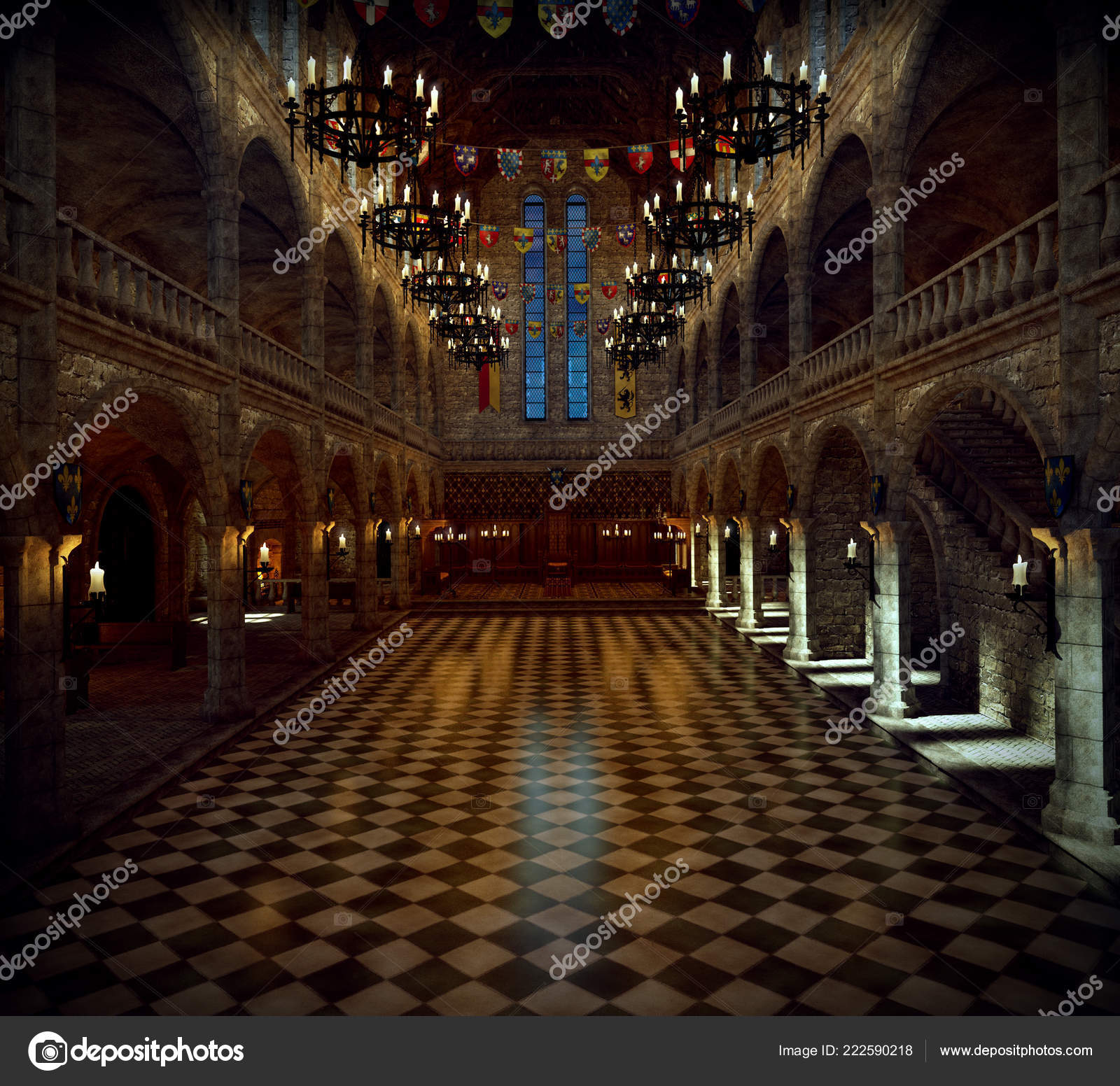 Any help would be really appreciated!

A lot depends upon the construction type and specific of the castle, but where such a room or passageway occurred, the most appropriate terminology could be:

Gallery - a covered passageway open to one side, or narrow balcony or platform running the length of a wall

Note that in most castles there was no such easy overlooking of the Great Hall for simple defensive reasons - it would have allowed too easy a line of attack on the resident noble at a high angle of inclination - ideal for archery.

There were in later centuries wooden screens hiding the passages to kitchens and other support / utility spaces, and in some cases wooden ladders or step up to private rooms on upper floors - and later even than that there were specific private dining and meeting rooms called withdrawing rooms which the resident noble might use for greater privacy and ease of use....

2
“Page section” or “page sections”?
10
How can I say the Italian term “dislivello” in English?
2
Another word for “kisses” or “slightly touches” or “barely makes contact”
7
Does “wobble” sound negative?
1
What are other words or phrases for “total catch”, “whole package”, or “perfect 10” when referring to an attractive bachelorette?
1
Looking for the name of a type of jacket
9
Left and Right are “Sides”; Front and Rear are “Ends”; Top and Bottom are…?