Does “me” take singular verb form?

I have seen a meme which confuses me:

Others: have partners, do drugs etc.

Me: watches tv and sleeps

Is this grammatically correct and does "me" take singular verb form?

Context is important in English, and especially today, ideas and concepts are often conveyed very succinctly.

The artist in me cries out for design (Robert Frost)

This can be crudely summarised as

Therefore in a declarative sentence such as

Me: watches an entire season of a TV show in one night

The “me” above refers to the binge watcher, the lazy person or the procrastinator that lives inside. The speaker describes him or herself as if they were a third person, a separate identity. 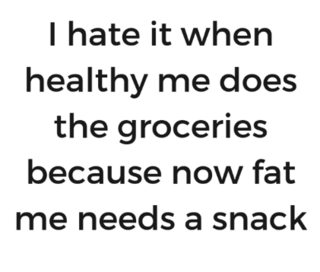 Note that when the subject is "I" the verb that follows is not in the 3rd person singular, it's “I hate” not “I hates” but in today's internet culture, the deliberate misuse of grammar is often used for humor.
“i hates da sun, i hates da beach, i hates you too” 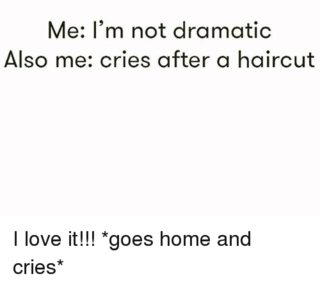 I think it doesn't make that much sense to evaluate this text for grammatical correctness. Or at least, it would not be worthwhile for an English learner to get confused about this: learning what's going on in this kind of meme is unlikely to help you with any other area of English. Memes don't have to be grammatical in standard English: "all your base are belong to us", "Can I haz cheeseburger", and "Whomst'd've" are examples of memes that are not grammatical.

The meme uses a colon to compare two sets of people ("others" and "me"): I don't think this is a format that originated in spoken language, and I'm a little surprised that you say that you've "heard comedians use this". I think it is derived from conventions that developed in written contexts like scripts and messaging software (e.g. Internet chatrooms).

The parts of English grammar that might explain this usage

But if you're curious about what parts of English grammar might have contributed to this usage, here is my analysis.

Because of the colon, I would say that "Me:" here doesn't really function as a subject that is integrated into the following sentence (unlike "I" in a sentence like "I watch TV and sleep", where "watch" and "sleep" are clearly the only correct forms). If the sentence is viewed as lacking an explicit subject pronoun, the use of a third-person singular verb would be based on the fact that "me" is semantically singular.

English mostly doesn't inflect verbs directly for person: the use of so-called "first person singular" verb forms like am is strongly linked to the use of the first-person subject pronoun I. When people refer to themselves some other way, they usually do not use "first person singular" verbs. For example, when people write about themselves using their name (which is uncommon, but sometimes occurs in self-written bios or profiles), it's necessary to use "third-person" verb forms: "Sumelic is a Stackexchange user", not *"Sumelic am a Stackexchange user". (See Araucaria's answer here.) And people tend to avoid using forms like am in relative clauses after me (e.g. lots of people find that structures like "For me, who am..." or "Remember me, who am your friend" sound bad).

So I would say that, insofar as this construction is actually based on English grammar, the third-person singular verb is a default form used because the subject is not explicitly present in the sentence (and so can't trigger "person agreement") but is logically singular.

The Wikipedia article "Emote" gives the following description of a similar usage in chat programs:

Incidentally, I've read that in German a special verb form has come to be used for online chat "emotes": the so-called "erikative". This isn't directly relevant to the English usage, but it's evidence that there's no universal principle saying that verbs in this kind of context have to inflect the same way as verbs in normal sentences.

There appears to be variability in verb usage in this context

There might be variation in usage. To me, "Me: watch tv and sleep" sounds fairly acceptable in this kind of context.

Sibling: is surrounded by friends, and knows the value of responsiblity and work

Me: Am a pretentious douche reduced to using social media to make myself feel superior to my brother, since I have no friends

I'm not sure whether an infinitive might be a possibility in this context: I feel like "me: be..." might also be possible, but it's hard for me to find clear examples with a search engine.

36
What rules make “Remember me, who am your friend” grammatical?
17
Why isn’t singular ‘they’ used with 3Sg verb forms?