Origin of the suffix in hippocampus

Hippocampus, a tiny organ in the brain - named after its resemblance to a tiny sea creature, the sea-horse (the genus of which is led to the original coinage of 'hippocampus') - has been some source of confusion.

However, there is also the word camp or campus, which means "flat land or field", which comes from Proto-Italic "kampo-"

Wiktionary entry for Hippocampus links the suffix to κάμπος which turns to be a synonym for "campus". "Sea monster" and "field" seem nowhere related in context. How did it come to be so?

You’re right that there is no relation between ‘sea-monster’ and ‘plain, field’ – the confusion is entirely due to how Wiktionary links function.

It is important to note that the Wiktionary entry for κάμπος kámbos ~ kábos is for a Modern Greek word; in Modern Greek, κάμπος does indeed mean ‘plain, field’. I’m guessing this is probably a borrowing in Mediaeval or later times from Latin campus or perhaps from one of the Romance languages; it is, at any rate, a word that belongs in Modern Greek, and its meaning is the same as that found in Latin and her descendants.

Now, in Ancient Greek (AG), they actually had two words written κάμπος kámpos. One of them is the sea-monster word (see further below); the other one, while quite a rare word, is more like the modern one. It didn’t mean ‘plain, field’, though, but ‘horse-track, road for chariots’ (it was synonymous with the more common ἱππόδρομος hippódromos). Let’s call this horse-track word 1kámpos and refer to the sea-monster word as 2kámpos, just to be able to tell them apart more easily.

Ultimately, 1kámpos is cognate with Latin campus (and thus also with the Modern Greek word kámbos), but they are not the same. Both come from their respective (Italic and Greek) continuations of the Proto-Indo-European root *kh2em(p)- ‘bend, curve’, but their meanings diverged very early on, before the beginning of written records. Greek 1kámpos is a ‘twisty’ place – think of the Circus Maximus, a long, narrow, circular road that bends sharply at each end – while Latin campus is perhaps rather originally a ‘rolling’ or ‘undulating’ piece of land, as fields often tend to be.

I don’t know whether the Greeks borrowed Latin campus and 1kámpos eventually just quietly merged with that; or whether 1kámpos just died out on its own and disappeared completely, only for the Latin word to later be borrowed into Greek with its new meaning. It’s not unlikely that there is no way to tell at all. At any rate, the ‘ground’-related senses of the Modern and Ancient words written κάμπος are related to each other, but not to the sea-monster.

If you search Classical Greek dictionaries such as the ones provided by Perseus, the first and primary word written κάμπος that you’ll find is 2kámpos, the one meaning ‘sea-monster’ – written identically, but a different word altogether. This word was less rare than the horse-track word, but its etymology is also less straightforward and more uncertain.

There is a similar word κάμπη kámpē ‘caterpillar, fabled Indian monster’, which is surely related, but there isn’t much else to go on in terms of related words. Beekes suggests that the masculine form κάμπος may be derived from the feminine κάμπη under the influence of the somewhat similar (and masculine) κῆτος kē̂tos, a more generic term for any kind of monstrous being in the sea. In other words, the fabled Indian kámpē monster merged with the generic Greek kē̂tos monster to spawn a new kámpos monster who was closer in shape to the former, but in meaning to the latter.

Beekes also quotes two dialect forms, κέμμορ kémmor and γεμπός gempós, both of which have an odd kind of consonant change that looks very Pre-Greek in nature; so he eventually suggests that the word is probably of Pre-Greek origin. He tends to suggest Pre-Greek origins an awful lot, even where most others would disagree, but in this case, I’m inclined to agree with him.

Regardless of its ultimate etymology, then, the 2kámpos is some kind of sea-monster. Slap a hippo- prefix on it, and it logically enough becomes a horsey sea-monster – more specifically, the ἱππόκαμπος hippókampos is a “monster with horse’s body and fish’s tail, on which the sea-gods rode”. A horse’s body and a fish’s tail. Well, that sounds sort of a bit like a description of a seahorse, doesn’t it? Like a griffin, but in the sea, and sort of matching an actually existing animal. Even the Greeks themselves noticed this, and they also used the word ἱππόκαμπος to denote the seahorse, though I don’t know if it was the common term for them or not.

The Romans later on borrowed the Greek term for the animal (though not, it seems, for the mythical sea-monster), as Latin hippocampus. So when – much later apparently – people started dissecting brains and found this little part that looked a bit like a seahorse, the Latin word they chose to name it after was hippocampus. Other names were proposed as well, but hippocampus, coined first by J.C. Aranzi in 1587 was the one that stuck. 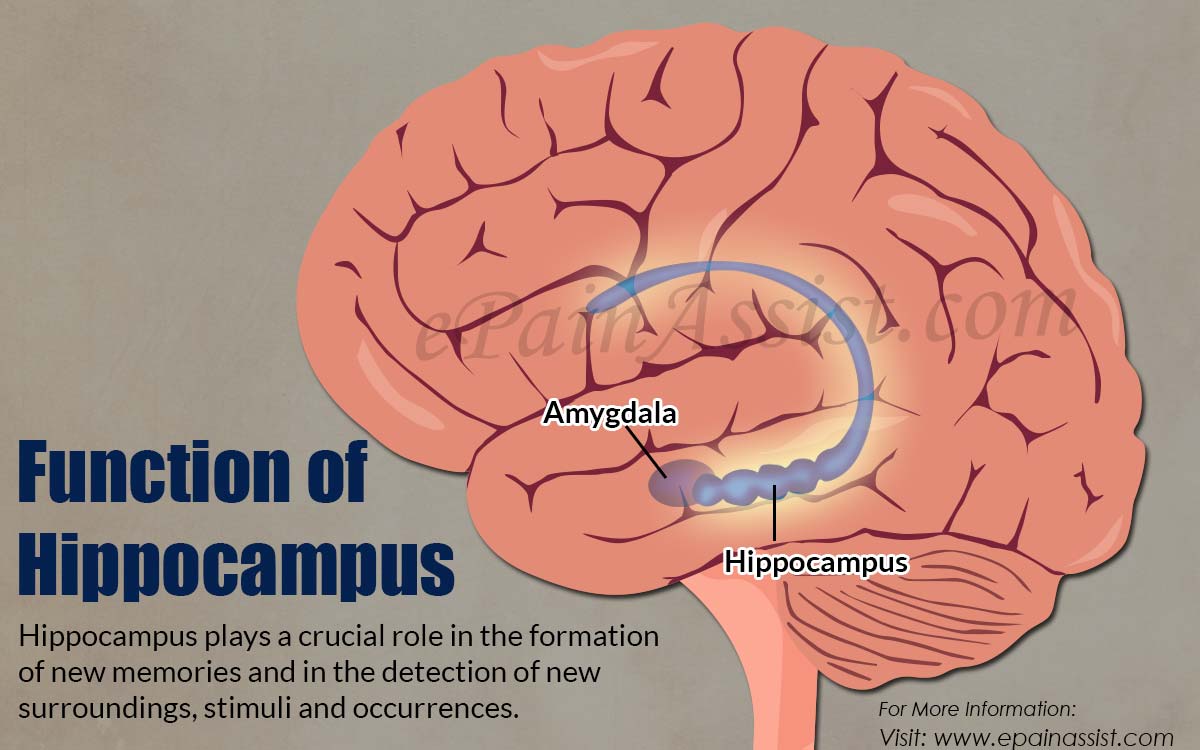 I'm going on an etymological limb here, and say that this region was named after an oval horse track rather than a horse seamonster. This begs the question as to why the Greeks named this region of the brain as hippocampus instead of hippodrome. (This is the secondary meaning in this answer, and I trust Janus's research.)

Inching out further on that limb. Perhaps the meaning of the campus in hippocampus is a field. And perhaps modern readers have inferred an incorrect back-formation.

Not the answer you're looking for? Browse other questions tagged etymology terminology usage history taxonomy or ask your own question.