I am interested in any differences between the two nouns change and coins in actual usage. These nouns have different but similar meanings. I am only interested in the difference of the meaning of:

money in the form of coins

small, flat, and usually round pieces of metal issued by a government as money 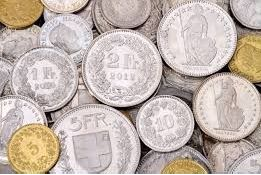 The difference between these two definitions is not always clear for me. Are there slight differences or are these two terms 100% interchangeable?

What is the difference between:

The definition of change that was provided is incomplete:

[Merriam-Webster]
2 a : money in small denominations received in exchange for an equivalent sum in larger denominations
2 b : money returned when a payment exceeds the amount due
// a cashier quick at making change
2 c : coins especially of low denominations
// a pocketful of change

Only sense 2 c was included as the definition in the question.

Coins represent money, and they can always be considered change in the one sense of their definition (2 c above), but in the other two senses of the word, coins are not always what's returned.

In other words, change (in the other senses of the word) can be either bills or coins:

She was given small bills and coins in change.

So, in some cases, the words can be used interchangeably—but not in all cases. It depends on the context.

Not the answer you're looking for? Browse other questions tagged meaning word-choice word-usage differences or ask your own question.