What does "play with your toy’s toys" mean? [closed]

This question does not appear to be about English language and usage within the scope defined in the help center.

What could the last sentence mean? Could a toy have a toy? Assuming a toy means "A toy is an item that is used in play", a toy can never have a toy, so one cannot play with a toy’s toys (it's physically not possible).

The context is object oriented programming.

Toys absolutely can have toys. For example, this “Barbie Kelly Playroom” comes with stuffed animals, dolls, a play kitchen, and UNO for Kelly (Barbie’s sister and a toy): 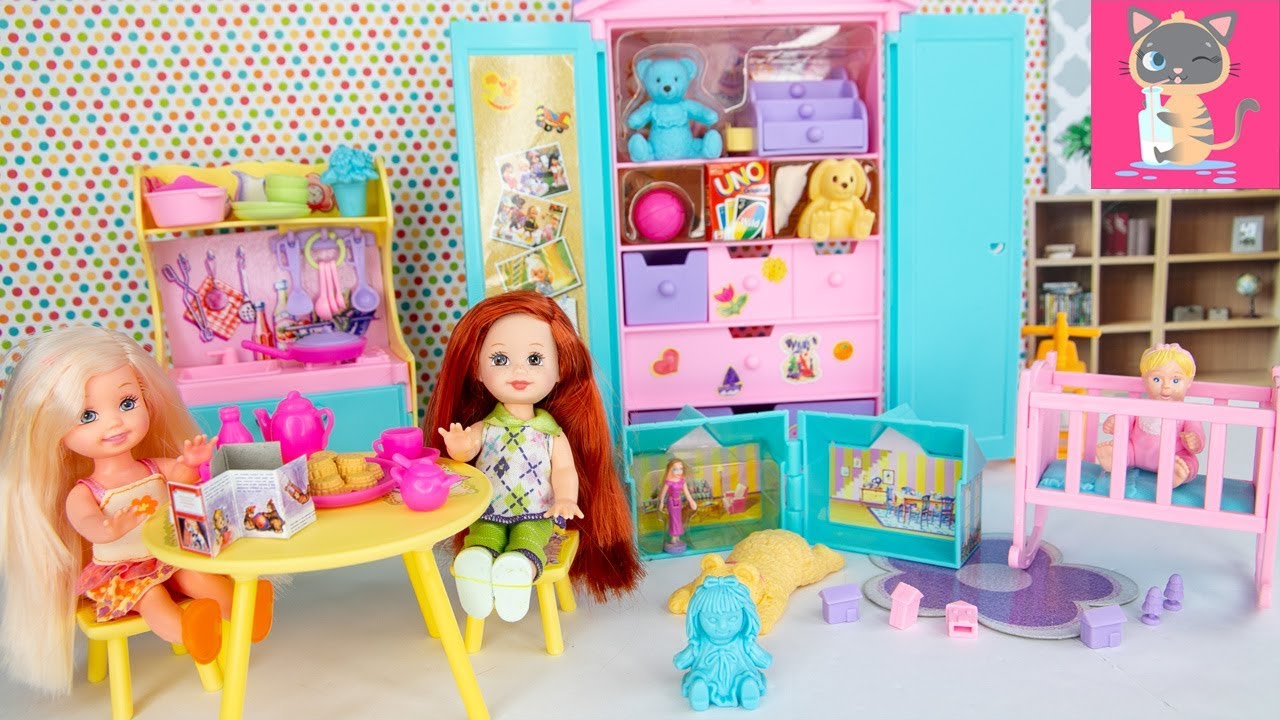 In this case, it would be possible to play with Kelly’s toys directly (with the exception of UNO, which is almost certainly just a box). However, what you’re supposed to do is have Kelly play with her toys.

This question seems to be about programming rather than English language, and would probably be better on Stack Overflow… That said, I'll answer it anyway:

Without a context, this doesn't make much sense. But working backwards from the fact that the context is object-oriented programming, and thus kind of 'reverse-engineering' the question, if you will:

It's saying that in OOP, in your implementation of a class, you can access and modify properties of instances of the class you are implementing itself ("your toys, toys you make") and data that's passed into instances of that class such as when it is instantiated ("toys you're given"). But you shouldn't modify private properties of other objects directly, even if you own those objects ("your toys' toys") because that can result in unexpected or undefined behaviour.

It's a pretty bad analogy.

Laurel's answer explains the the meaning of the pure english part of the analogy, but for completeness I just want to add what this analogy means in OOP terms.

If you think of Objects (class instances) as toys, and you yourself are also a toy (the logic of a class object); you can play with your toys (globals/properties of that class), with toys that you make (new/declared variables), and with toys that someone gives you (parameters). You don't ever, ever play with your toy’s toys (the internal globals/properties of the previously listed Objects you can play with).

And like the doll set in Laurel's answer, as the programmer technically all of the "toys" are really "your toys". In OOP, it is perfectly valid to play with your toy's toys. If you do however, you wouldn't be using the toys in the way they were intended to be used.

As other people have said, it's a badly worded analogy, around the fact that you shouldn't directly interact with items you don't directly own (or have been given permission to interact with).

A better analogy would be: you have a sandwich, and your partner has a sandwich. You can eat your sandwich if you want, but you shouldn't eat your partner's sandwich without their permission. Otherwise, there may be trouble when they get and try to eat it...