The term for the space beneath a “cathedral” ceiling

The background to the question:

If there is a horizontal ceiling that is attached to the tie-beams of a roof, creating a space above it, the space above is called an “attic” whether used as a living, storage, or simply ventilation space. If there is no ceiling but a portion of the area under the roof is sectioned off to create a usable space, that is usually called a “loft”. If there is no horizontal ceiling, but there is some form of internal covering, that does not follow the contour of the roof exactly, then it is called a “vaulted ceiling”. If there is no ceiling at all, or the ceiling exactly maps to the contour of the external roof, then it is called a “cathedral ceiling” - one can usually see the trusses and tie beams, which are painted or varnished wood, or decorated iron-work.

If when there is a ceiling, you can refer to that space above it as the “attic” of the house (whether that space is converted to a living space, or left untouched as simply the inside of the roof), what do you call the same space when there is no ceiling to define it? The space does manifest as a discrete space, even if there are no tie beams to physically demarcate it, as the eye divides the space into the rectangle of the living space and the triangle of the roof?

I am writing a poem, and hesitate to use the word “attic” as the first meaning of this will inevitably invoke the reader to imagine a ceiling, when there is none. I am interested in invoking this space as a space that is not occupied and so has a different deictic manifestation, a different mode in relation to the mimetic perception - it has a different meaning because it is not a space that one can readily occupy, the reader would not usually imagine themselves in (project themselves into)that space (unless watching the film Mary Poppins) and so it retains a sense of mystery even though it is clearly visible and, to all intents and purposes, part of the same space beneath it that the person does normally occupy.

Up in the eaves

Yes, I know what eaves are to an architect and builder, but when you are talking about the interior of a building, up in the eaves means above the roof/wall joint. A google image search of up in the eaves returned the following images - 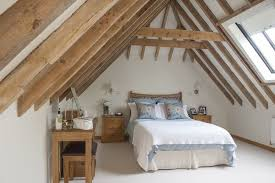 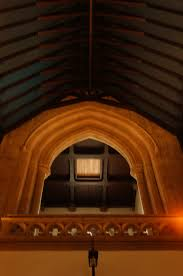 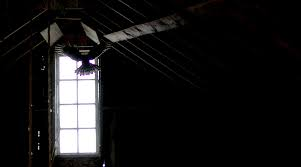 Curated examples are a bit harder to find, but Collins Dictionary online has the following example - A wasp nest right above my desk, in the eaves of the roof. Times, Sunday Times (2014). Eaves: Collins dictionary online

And after all this, the question is probably a duplicate of this one.

Not the answer you're looking for? Browse other questions tagged meaning architecture or ask your own question.

11
Term for a roof pitch viewed from inside (Image included)

8
What's the difference between a cathedral and a basilica?
16
Origin of “quarters” in the sense of living area
3
Why CIA’s operation directed to suspicious people associated with terrorist group is called “Signature strike”
2
What is the term used to describe the space under a roof that joins two buildings?
2
Public space in front of a theatre
2
Is there a word that describes the information gap due to a reader's cultural bias across place and time?
14
Term for a side motor entrance?