Can anyone give me examples of the relative-determinative 'which'?

he refused, which decision proved disastrous

(which comes from the Oxford English/Spanish dictionary)

Someone on the forum is saying that this use of which is incorrect English, and that this fragment is in some way artificial, and would never occur in a correct English sentence.

I can easily think of sentences such as

The king refused his support for this endeavour, which decision left the duke without aid.

It's a formal, perhaps unusual, use, but perfectly good English.

Can anyone point me to examples online which would back this argument? I can't find any except in the Free Dictionary (https://www.thefreedictionary.com/which), definition 10, which is not quite the same thing. Also, perhaps, a pointer to the grammatical rule which defines this usage of which this is an example.

Edit: someone in the Spanish language forum pointed out this entry -- https://languagelog.ldc.upenn.edu/nll/?p=606 -- which points out that this is a 'relative-determinative' usage. Any other links would be welcomed!

Edit: This was the entry from which I drew my example. I don't know whether it's correct or not, or whether it was the intention of Oxford to present it as a fragment or as a whole sentence, but it does exist. From the Oxford Spanish/English dictionary that comes bundled with the Mac OS. Entry for adjective, 2a 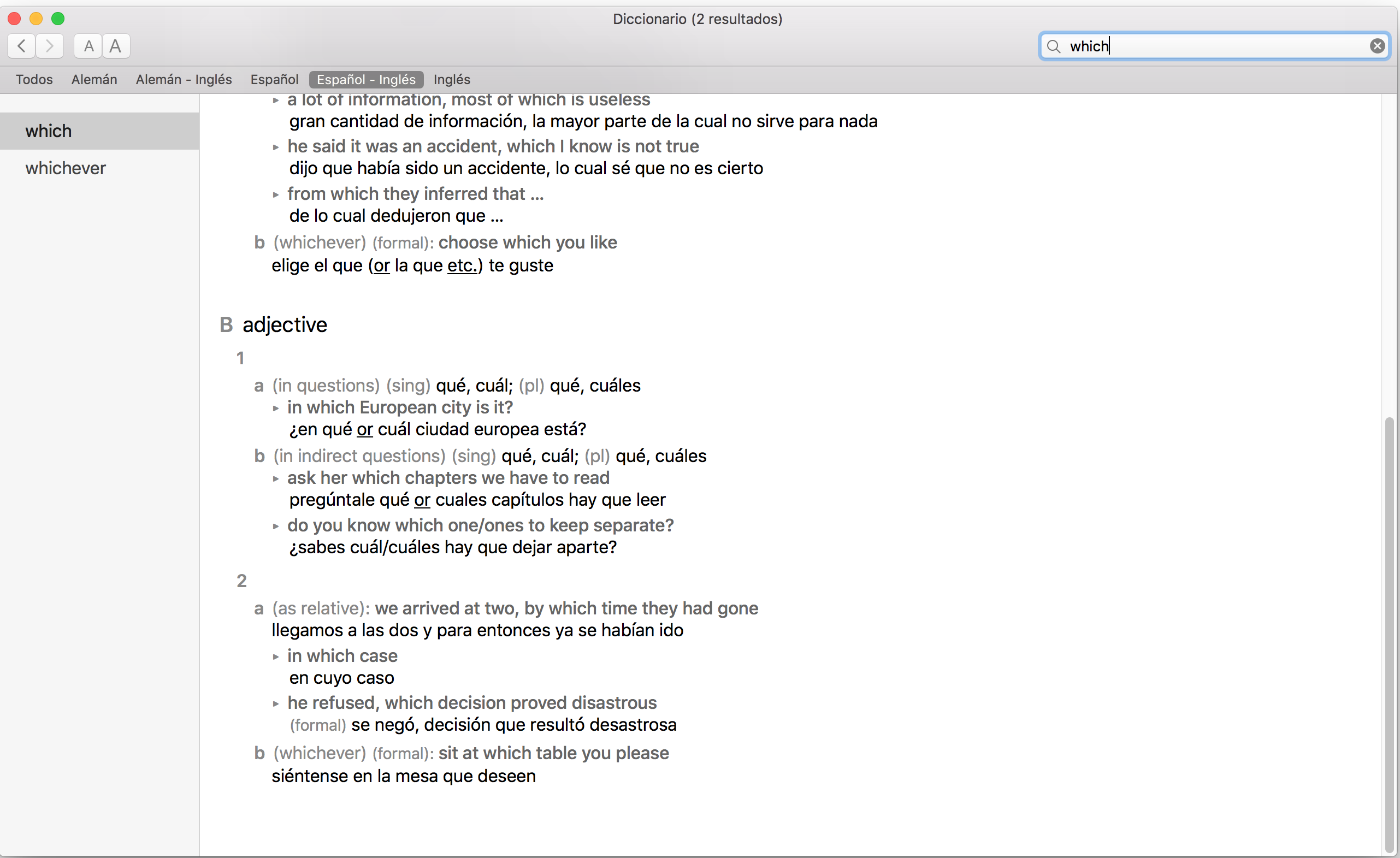 Well, if you're just looking for usage examples, it's easy enough to do a Google search for the phrase "which decision proved," which method will give you quite a few examples. (They will include many quotations of a passage from Little Women involving a "second tumble down the beanstalk.") Of course, you can also substitute different nouns and verbs for "decision" and "prove," which tactic will give you all sorts of additional evidence to cite.

You will probably find many results if you search for relative adjective, which term you will find in Merriam–Webster and elsewhere:

Relative adjective: a pronominal adjective that introduces a clause qualifying an antecedent (as which in:

“our next meeting will be on Monday, at which time a new chairman will be elected”

) or a clause functioning as a substantive (as which in

“I do not know which course I should follow”

(Their second example might arguably be called an interrogative adjective or similar.)

This is indeed perfectly good English, nor is it very uncommon. Be paranoid in linguistics whenever someone tells you x is "never used"!

Screenshot just in case they change the examples from time to time.

I also found a similar usage with "refused" in an online article:

The construction manager at the site offered the rigging contractor “a set of fresh slings for the job”, but he refused, which decision led to the accident.
Source

And another one with "declined", which is a synonym of "refused" when used in the same way as an intransitive verb:

His Honour declined, which decision was affirmed on appeal.
Source

It doesn't seem to be a common usage, and it also looks tied to legal texts, but the examples are there.

There may be more usages like these if you search for other variants: action instead of decision, conceded instead of refused, etc.

"He refused the offer, a decision which proved to be disastrous."

is contemporary English for, and with the same basic meaning as:

"He refused the offer, a decision that proved disastrous."

The issue for me is having only "He refused" followed by a comma and then the clause. As is the case with the OP's fragment: he refused, which decision proved disastrous.

Refuse on its own is commonly used without anything after it in response to a question's verb. Speaking:

The which clause (above) is anaphoric to the main clause. If we don't have the refuse to go, it would not make sense. It's interpretation depends on the entire antecedent's meaning.

That is because refuse and accept (and probably others) become anaphoric and require the full verb phrase (refuse to go) to make it make sense.

Also, the OP's question is not a dictionary "entry", as far as I can determine.

It is on some dodgy sites.

This is an example of a grammatical use of the which determiner, with ineffective instead of disastrous:

"The Supreme Court of Ohio, after this abundant and most extraordinary proof before them, ignored the people's sacred right of eminent domain, and simply decided that these roads be ousted from charging less rates per 100 pounds on tank car shipments, as compared with barreled oil, which decision proved ineffective."

the phrase refers to "simply decided that these roads"

EDIT to my answer: Please go to this site and look at how the verb refuse is given in examples to English languages learners. There is refuse with nothing after it, refuse with a direct object (noun) and refuse followed by verb +to+verb.

use of the verb refuse in English

Those examples basically confirm what I have been saying about the verb refuse.

[Please note: The OP has now posted the page from his Mac. The phrase is can only be called a Mac disaster. If the page reproduced in the question is an example of what is on Mac computers, Apple should be ashamed of itself. Really. I'm speechless. Speechless! No wonder I have to work so hard, and I don't mean here. I mean correcting translations into English.]

Not the answer you're looking for? Browse other questions tagged word-usage grammaticality adjectives usage or ask your own question.

11
What does “adorkable” mean? How popular is this word? To what kind of objects and occasions can I apply “adorkable”?
3
When to use "multipliable" vs. "multiplicable"
7
Why is "You're welcomed" wrong?
0
What verb to use to denote researching something informally?
1
Has the word "manal" (instead of "manual") ever actually been used? If so, how?
0
Is this usage of the word "concerned" correct?
2
Reference Request on Preposition Fronting
13
Can "due" meaning "owed" be used without "to" in AmE? e.g. "the recognition which was due her"