a line or strap passing across the forehead and attached to a pack on the back thus aiding the burden bearer.

— From a later note defining a word in a record dated 4th Sept. 1759, in Transactions and collections of the American Antiquarian Society, v. 11, "Manuscript Records of the French and Indian War", 1909, p. 230 (see note at bottom of page).

The earliest attestations given in OED are 1855 for the verb and 1860 for the noun, but as the example from the American Antiquarian Society and examples from other secondary sources show, the words were in use with this sense at least a hundred years earlier (1775, 1781).

John Russell Bartlett's 1848 Dictionary of Americanisms (the 1860 edition is cited in OED to attest both the verb and the noun) says the origin of 'to tump' is probably "an Indian word":

TO TUMP. Probably an Indian word. It means to draw a deer or other animal home through the woods, after he has been killed. Ex. 'We tumped the deer to our cabin.' Used in Maine.
TUMPLINE. A strap placed across the forehead to assist a man in carrying a pack on his back. Used in Maine, where the custom was borrowed from the Indians.

What was the now obscure linguistic origin of 'to tump' and so also 'tumpline'? 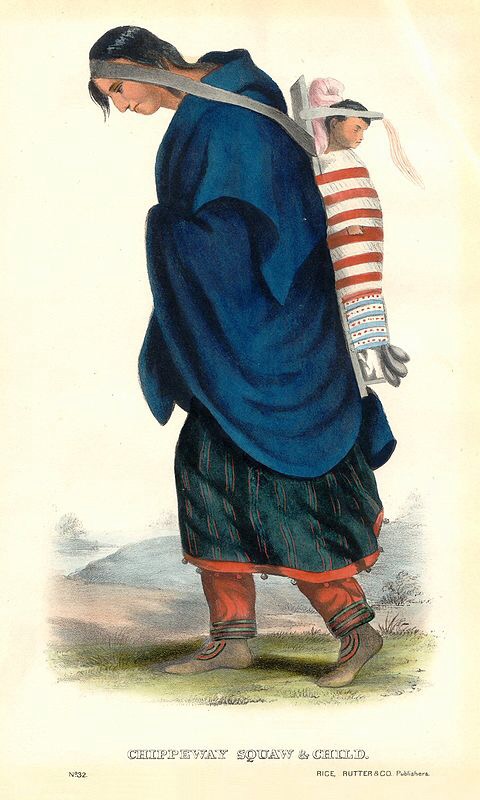 The origin of tump in tumpline likely goes back to a word in a variety of Algonquian languages meaning ‘head’. The reconstructed proto-Algonquian root *wetempe originally had a nasal consonant that later dropped out:

This method was not limited to tribes speaking these languages but is commonly found among native peoples across the Americas. Behind the English word, then, is an encounter between a Native American and a European who saw the physical advantages of a tumpline and needed a name for it, likely in the course of the 17th c.

Many if not most of the etymological dates in the OED come from a time before the widescale digitalization of earlier literature when attestations were recorded on notecards and filed. Earlier dates are routinely found by contributors to this website.

Not the answer you're looking for? Browse other questions tagged etymology obscure-terms or ask your own question.

8
Do the verb "muse" and the noun "Muse" have a common etymology?
1
Origin of "facial" as a noun
3
Origin of "[noun] enough" instead of "enough [noun]"?
2
Etymologies of noun and verb _wimple_
5
Origin of the term "top tucker"
6
Squeegee with a squeegee
3
Verb for "say cryptically"
10
What, was the 'joy' of a hard bargain?
1
Does the (etymological) definition of 'participle' include 'noun'?