Can I say "What you are saying is ‘pants on fire,’" when I don’t trust what my elderly friend says?

There was the following sentence in the article titled, “Romney says inaccurate attack ad is fair” on IowaPolitics.com (November 23), which was studded with several expressions I’ve not gotten used to:

"What's sauce for the goose, is now sauce for the gander," Romney said. "(Obama) spoke about the economy being a huge burden for John McCain. This ad points out that, it's now your turn ... This economy is going to be your albatross."

The ad was rated “pants on fire” by Politifact, a Pulitzer-Prize winning project of St. Petersburg Times that checks the truthfulness of political statements. This rating indicates that Obama’s words were distorted.”

I can roughly guess what the phrase, “What’s sauce for the goose, is now sauce for the gander. This economy is going to be your albatross," mean. We have a similar (I think) Japanese saying: When you curse someone, you dig two holes to bury at the same time, one for him and one for yourself.

Your understanding of it being a child's phrase is correct. It is used by PolitiFact in a deliberately childish and mocking way.

You wouldn't use it yourself in conversation, unless you were also trying to be deliberately childish.

No, do not use the expression "pants on fire" to an elderly person, nor anyone you hold in high esteem, or want to show respect, deference or politeness.

This is a very confusing situation. First, Romney's comment is nearly incomprehensible to me. He used multiple metaphors, actually idioms, in a single sentence, which decreases understanding. Metaphors are intended to make concepts more accessible.

In addition, Romney re-worded an already arcane idiom. According to the Cambridge Idioms Dictionary 2nd Edition via the Free Dictionary,

is labelled "American & Australian old-fashioned". Both phrases are

something that you say to suggest that if a particular type of behaviour is acceptable for one person, it should also be acceptable for another person.

The reference to an albatross is an allusion to Rime of the Ancient Mariner by Samuel Taylor Coleridge (written in 1817), a bleak and lengthy narrative poem. 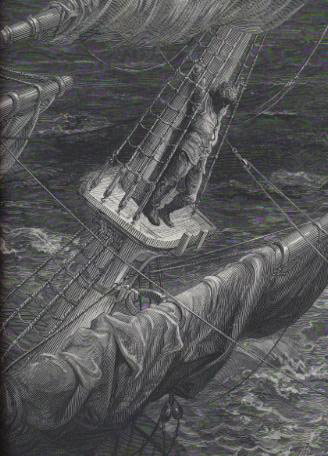 To have an albatross around one's neck is a way of expressing some weighty burden. It conveys a sombre feeling, much like the illustration from the poem by Coleridge.

Somehow, Romney combined references to three types of water fowl in a single sentence! The matter is not helped by Politifact's use of a children's phrase, also antiquated. "Pants on fire" is part of a sing-song taunt addressed to a person who is deceitful. It is an odd choice for a service like Politifact.

@Polynomial made an assessment in the comments, about not expecting anyone in British politics to say something like that during a serious debate. That is equally applicable to American politics, or so I would have thought until now.

The full expression, used by children, is "Liar, liar, pants on fire!" It should not be used with an elderly friend. Instead, I suggest placing your finger on your nose and then extending it, as if you are playing a trombone. Simultaneously, say "Pinocchio!"

12
What does "pillow-plumping romance with the press" mean?

8
What is the exact phrase of Shakespeare’s for the phrase meaning “It’s not yet the worst when you are saying it’s the worst (situation).”?
7
Why is it “knife” in the idiom, “Before you can say knife” though there are many shorter words than knife?
4
What do you say when a person/an idea/... is crazy to your mind?
6
If you say in English: wear the pants in a relationship, then can you also say wear the skirt in a relationship?
3
What is it called when you say something but it does not imply for the other?
0
What is the idiom/phrase you can use when someone tells you to do (the work) that he is assigned to do (in reality it is assigned to him)?