The recent Italian expression “musica liquida” (liquid music) has been used for about a decade now referring to the music which is no longer recorded on traditional devices such as records, CDs or tapes, but which is easily and freely available on the net.

The expression was originally used in very specialized magazines which focus on devises for recording or reproducing sounds and music. 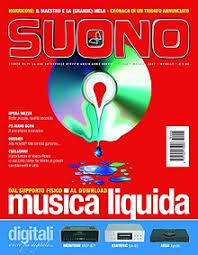 Given the tendency of Italians to adopt English terms, especially in the field of new technologies, I feel that the expression may have been derived from American or English expressions, but I couldn’t find any evidence to support my impression. And actually liquid, referring to music, appears to have a different connotation in English:

(of a sound) clear, pure, and flowing; harmonious. "the liquid song of the birds"

So, is liquid music used also in the sense of “downloadable music” in English? If not what expression is used in that context?

Browse other questions tagged expressions american-english british-english neologisms or ask your own question.

4
Describing the sound of liquid hitting the floor
11
“Music with rocks in” - British English?
1
“Listen to music” or “listen for music”
17
Why is the English devil “old”?
0
Can the word “there” refer to multiple places?
0
Does the phrase “met fate” always refer to a death? And is it different from the phrase “met one's fate”?