Is it natural to use “whose” to refer to a thing?

When I looked it up in the Oxford Dictionary, I learned that “whose” is not usually used to refer to a thing and “of which” is usually used instead. But later I came across an example sentence from a dict app, which said “They speculated in property, whose value now has dropped”. In my view, “whose” is more simple in terms of expression. So maybe using “whose” to refer to a thing is not very correct on grammar, but still used often? 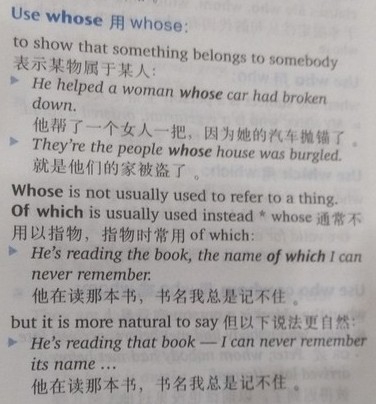 Your picture is of a book whose author is wrong on this particular point. There is nothing wrong with using "whose" to refer to a thing.

Here is a Google Ngram comparison of the phrases "book whose author" and "book the author of which". (The phrase using "whose" has always been many times commoner.)

13
Whose usage determines correctness?
5
In natural disasters: died or killed?
1
What is the vocative expression we can use to attract the attention of someone whose name or surname we don't know?
2
Is it common to use "mule" to refer to stupidity?
0
Is it a common thing in American English to refer to Great Britain as "England"?
3
Is playoff a Shakespearean term?