Is there a difference between a shaded and an unshaded pilcrow? I am trying to format a block letter and in the unarranged copy, I am supposed to correct- there are both unshaded and shaded pilcrows.

This is a matter of style/font.

The pilcrow is usually drawn similar to a lowercase q reaching from descender to ascender height; the loop can be filled or unfilled.

There is evidence that an unfilled loop was used in the original character, looking somewhat like this: ⸿.

Over time, the pilcrow evolved to become aligned and the loop was filled in standard practise:

...the symbol [loop] was filled in with dark ink and eventually looked like the modern pilcrow (¶). 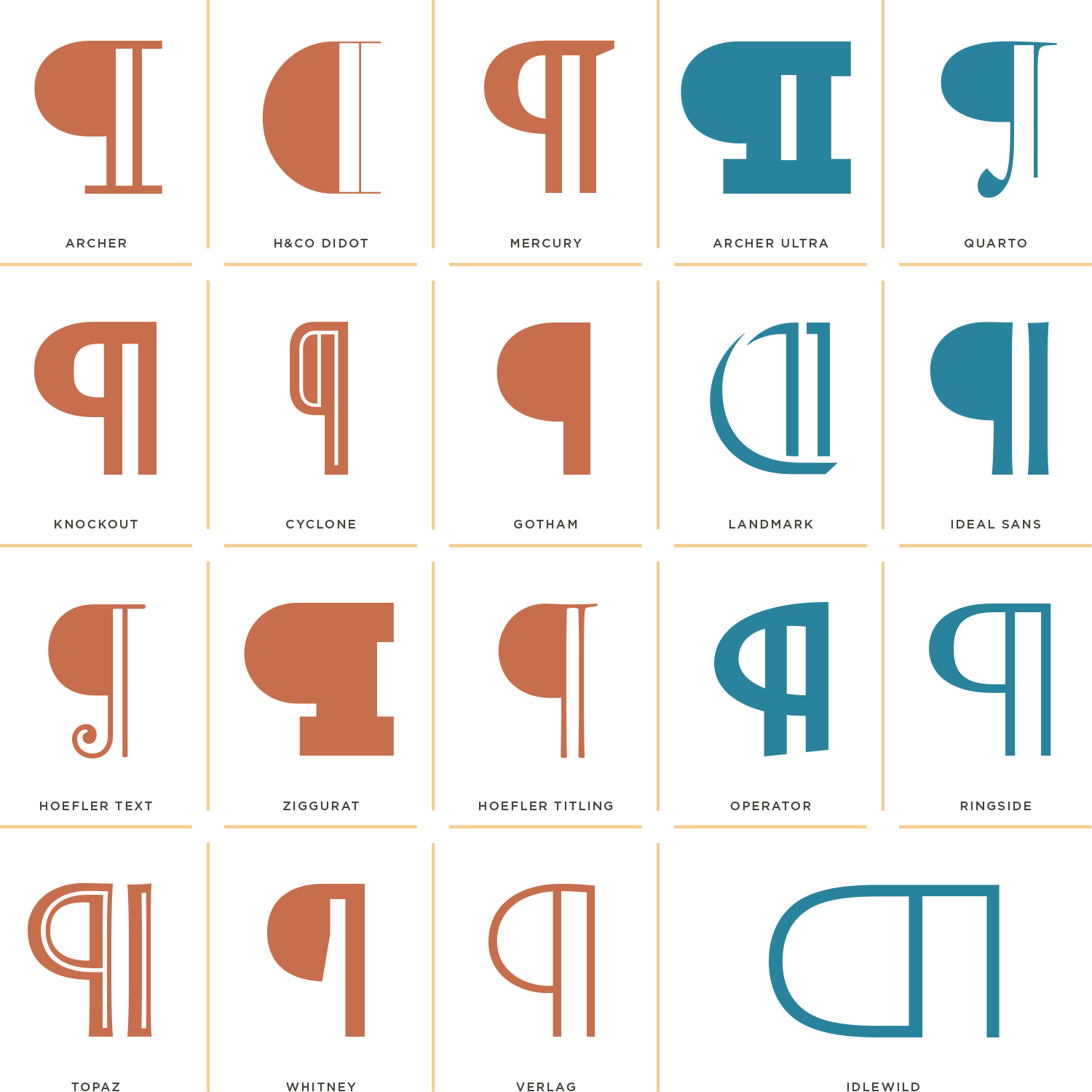 Not the answer you're looking for? Browse other questions tagged typography symbols or ask your own question.

7
What's the word Copyright and `(C)' mean?
84
What is the difference between 20$ and $20?
3
In the U.S., why is octothorp used to signal an apartment at a particular address?
7
Typographical symbol to indicate page
0
Words to help describe when you are using spaces and line breaks in text?
24
What Is the Real Name of the #?
10
What is the difference between a ¶ Pilcrow Sign and the § Section Sign?
4
Is there such a thing as a sentence sign?