Is there a word for when the light is dusky all day?

Is there a word for when it is dusk all day? Like in the arctic circle at a certain time of year, the light is dim and red-purple-orange, all day long

This source calls it a "blue noon" (note the scare quotes by the author) or "winter twilight," but no other use cases of the expression could be immediately found.

It's mørketid (“dark time” in Norwegian) 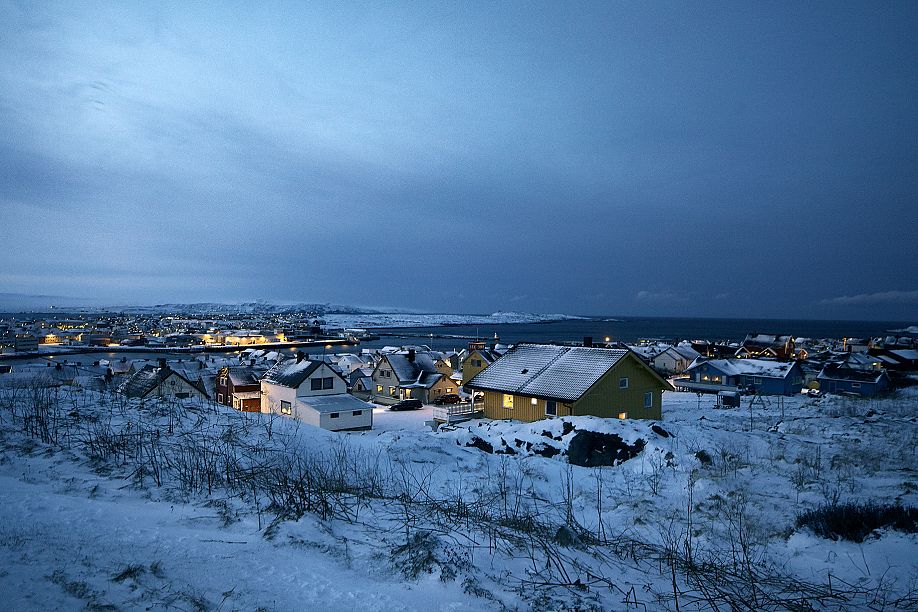 for a long period during the winter season there is a complete absence of direct sunlight or a pervasive dim light, called mørketid (“dark time” in Norwegian); in contrast, in the summer months, there is continuous light as the sun remains above the horizon through the night (i.e., the midnattsol or “midnight sun” period)
…
In the northern hemisphere of Earth, outside the Arctic region (it) is impossible to experience … “Darkness at Noon”, as it happens … in the winter
…
What is special in the Arctic is that the winter twilight can last for hours instead for just a few minutes as in most of the inhabited world
…
in the Arctic winter, these “blues” get further reflected by snow on the ground. Hence in the Arctic, during the winter months, the prevalent light is a blue tint that pervades the whole landscape