What do you call a road that parallels a main road and is primarily used for parking?

What do you call a road that parallels a main road and is primarily used for parking?

This would be like a frontage road for main roads instead of highways. Plus it is mainly used for parking.

If you are familiar with Chicago, this word would describe the roads on both sides of Martin Luther King Drive. See the picture for reference. 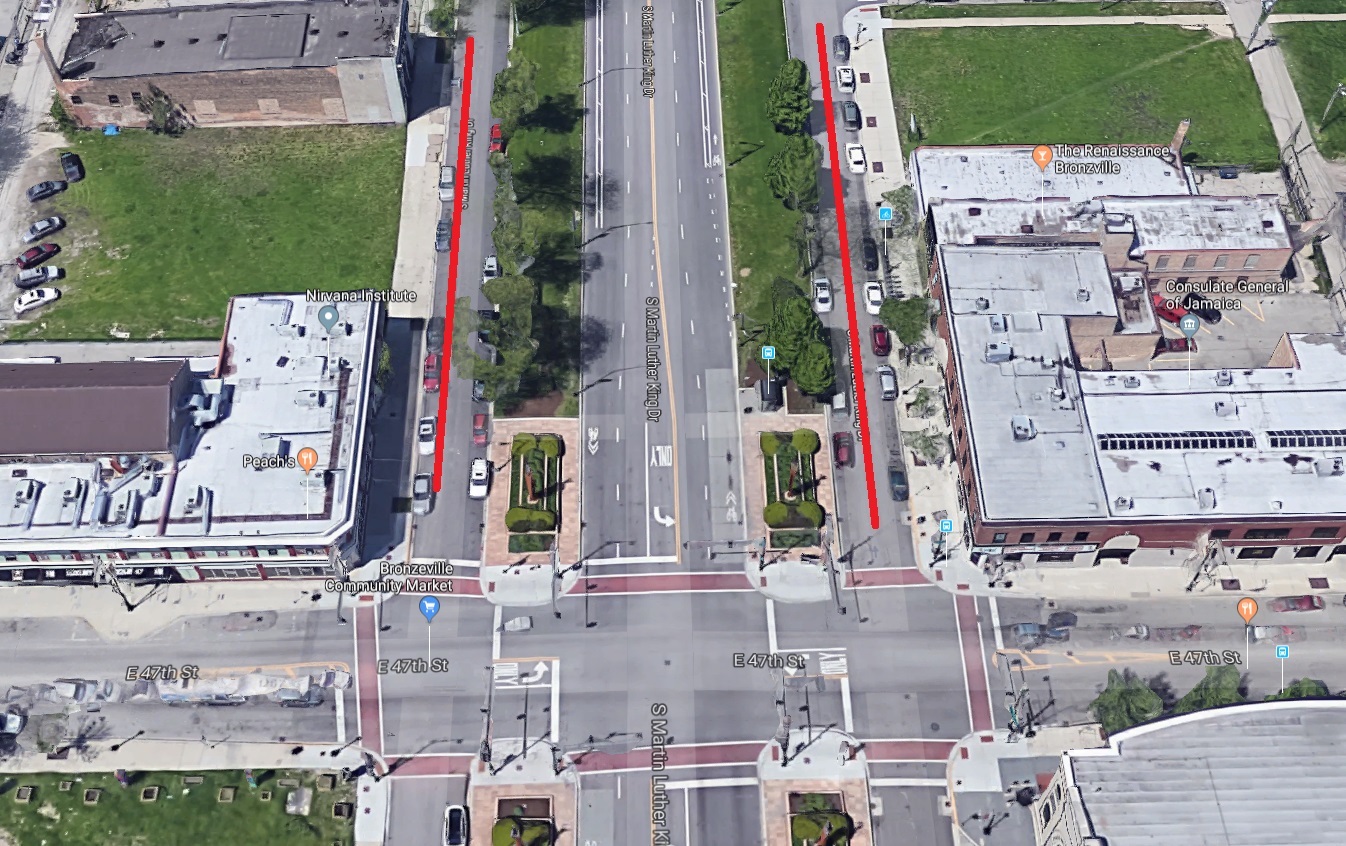 The side roads in question are marked in red in the image above.

In BrE they are called:

a relatively narrow road running parallel to a main road and providing access to houses, shops, offices, factories, etc, situated along its length.

The term, apparently is used also in AmE as an alternative to frontage road as suggested by M-W:

The mother’s car had stalled on a service road in Fort Worth when it was pushed by waves of water from other vehicles, the Fort Worth Star-Telegram reported. - Bradford Betz, Fox News, "Flash flood sweeps car into culvert, killing mother, 2-year-old daughter," 9 Sep. 2018