Which term correctly identifies those who enjoy programming/technology: "geek" or "nerd"? 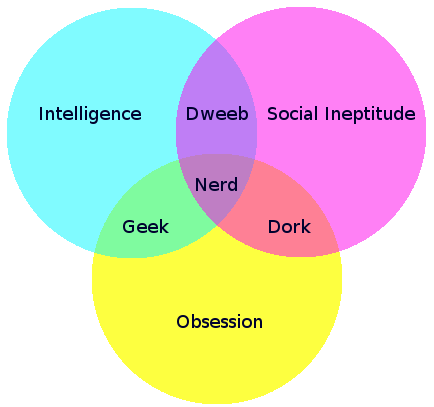 6
Nerd vs. Geek vs. Dork
3
How did nerd and dork become synonyms?
2
What do you call someone who's obsessed with the latest equipment/gear/products?
-1
What does word "nerd" mean exactly?
0
Geek vs Geek Out - beyond computers

2
What is the technical name for quotes?
2
Term or phrase representing all objects inside of a parent object
2
"nones" used to describe people who are spiritual, but not religious
0
Word for someone between technologically illiterate and literate
1
Isolated group of users who believe that a technology/tool is vastly superior to alternatives
0
Which term expresses ”a generation of graduates who graduated the first course of a college”?
3
Term for a tech geek who is also a Neo-Luddite
1
"Expected" in future and present
0
What noun means "an unabashed, incorrigible person"?