Is it technically correct to call an almond drink "milk" in English?

For the past few years in Italian supermarkets, we have all sorts of "healthy" and "organic" alternatives to dairy milk for vegans and for consumers who are lactose intolerant. For example; soy milk (latte di soia), rice milk (latte di riso), hazelnut, coconut, or almond milk (latte di mandorla), and oat milk (latte di avena).

I know this trend of plant-based milks sold commercially is hardly recent in the US or in the UK, but in Italian supermarkets, these substitutes for cow milk, are not called latte (milk) in Italian and neither when the package is written in English, and I wonder why. I am specifically speaking about the product sold in supermarkets. 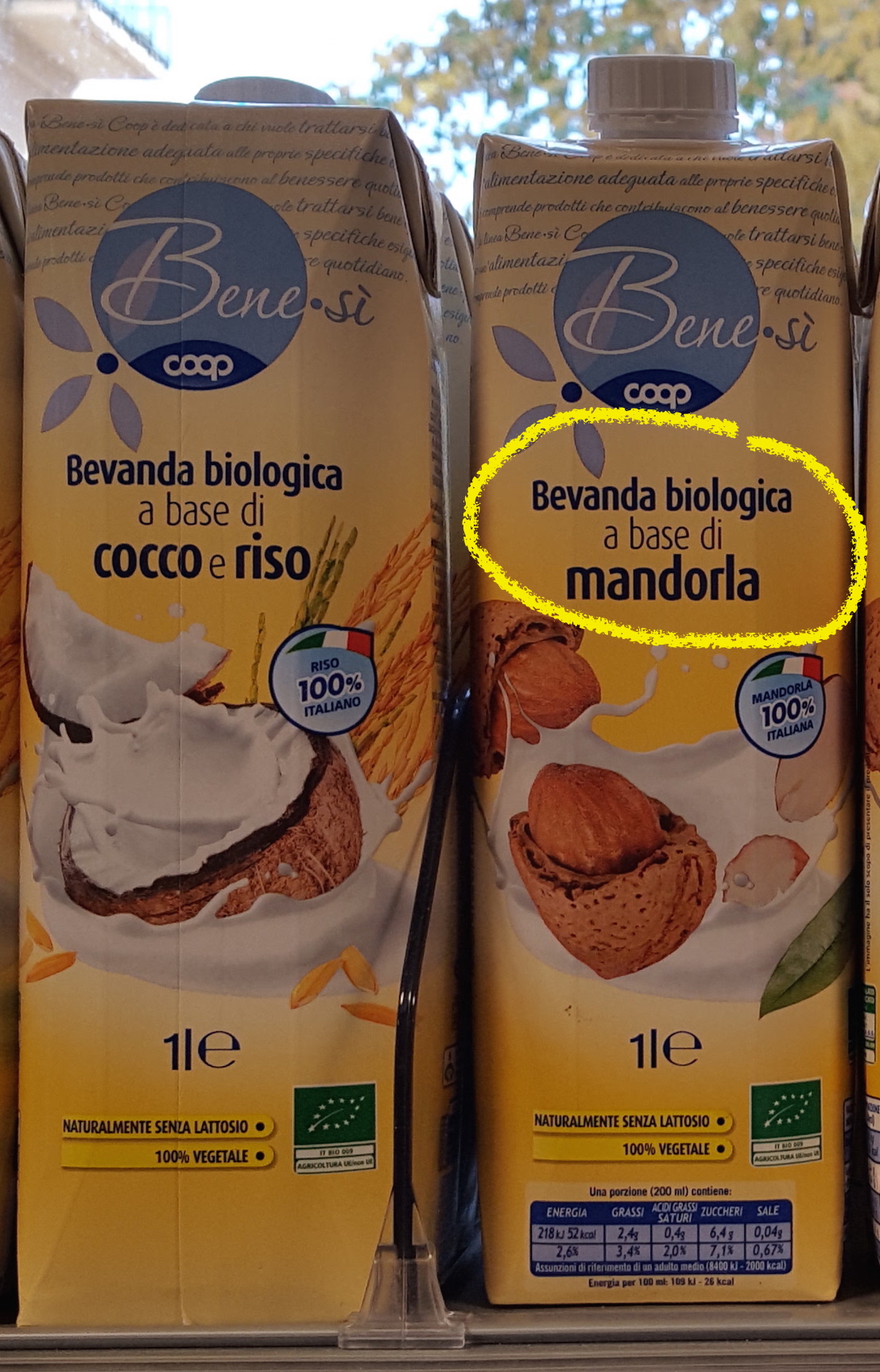 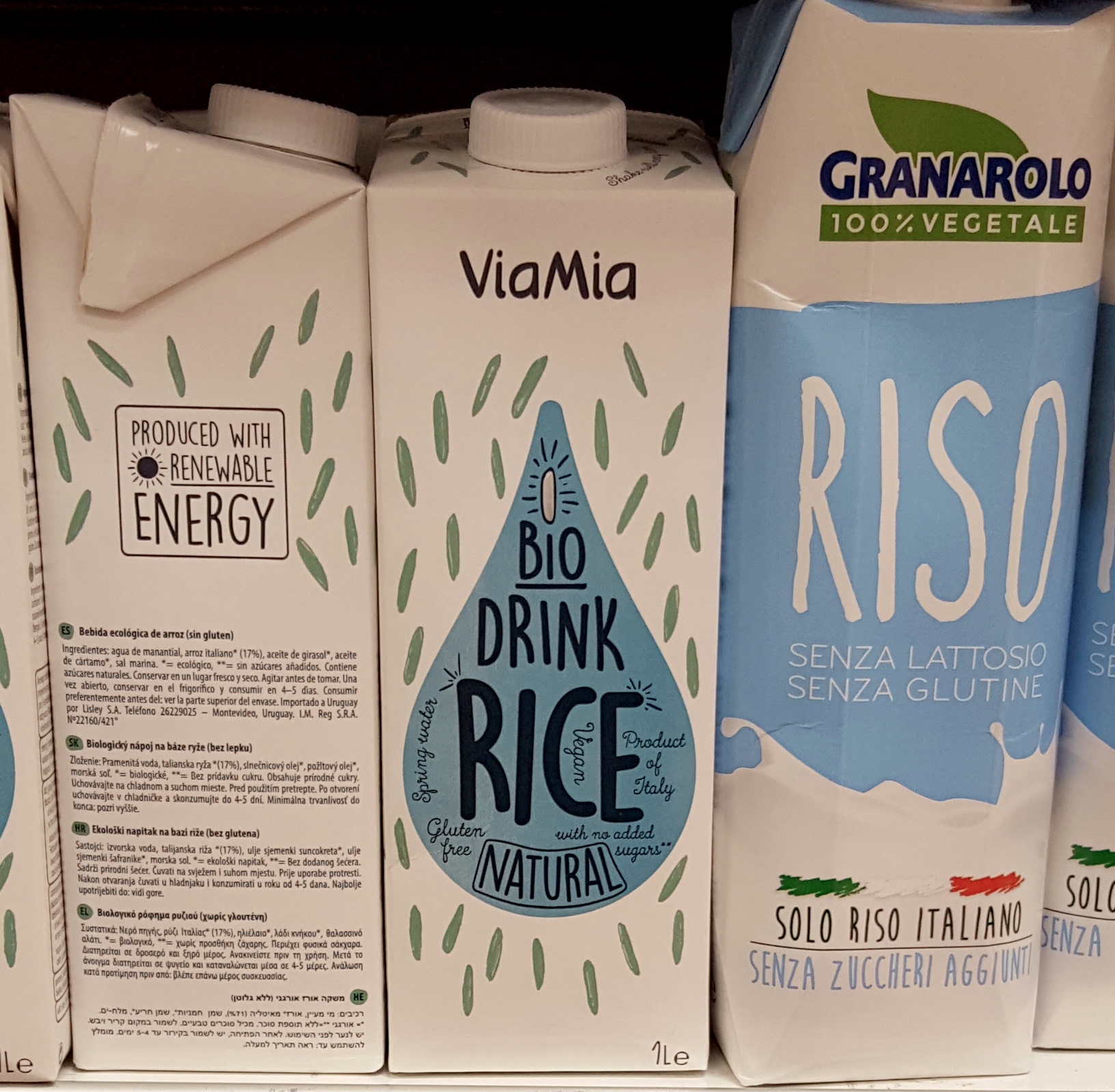 “latte di coccco” (coconut milk) and “latte di mandorla” are both described as bevanda (drink). And when the packet is written in English, the term “milk” is avoided, an organic rice milk is called bio drink rice natural. Note also the wording on the packet Granarolo (a leading Italian dairy company), it simply says RISO, the term bevanda is not even used. 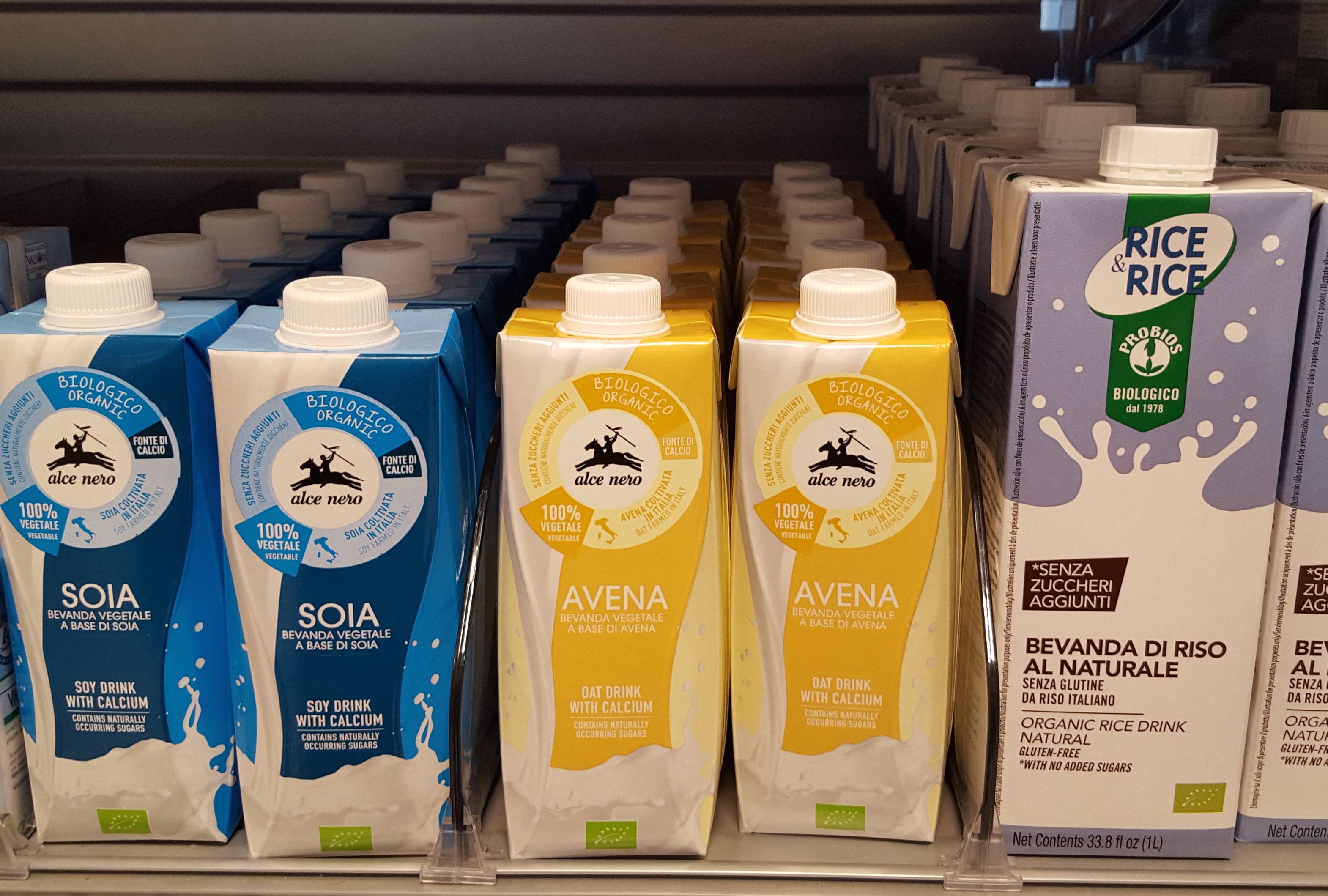 click the image above to see the larger version

Compare with the situation in the US, where the product carries the term “almond milk” 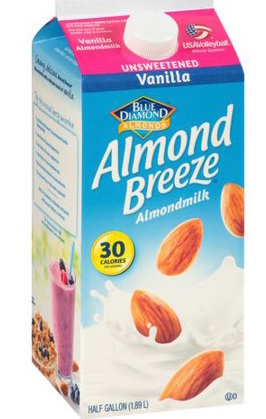 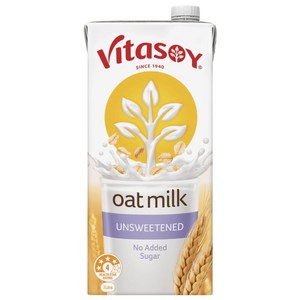 and in Australia where the term “oat milk” is clearly displayed.

Scott Gottlieb, the commissioner of the Food and Drug Administration, […] speaking at a policy summit in Washington, D.C., suggested that no product that doesn’t come from a lactating animal should be allowed to call itself milk. “An almond doesn’t lactate, I must confess”…

The War on Soy Milk, The New Republic

In the Middle Ages, almond milk was known in both the Islamic world and Christendom. As a nut (the "fruit of a plant"), it is suitable for consumption during Lent. (Wikipedia)

“With warts, take the wort (spurge’s) milk & clove-tongues ooze, apply to the warts”

Another pretty old use of the word refers to milk of fish (now called milt). You can eat this, but it’s fish semen:

From about the same time we start seeing the types of milks you mention in the question:

For more examples refer to the MED.

Another thing worth mentioning is the Milky Way, which was named after its milk-like appearance. You should not attempt to drink the Milky Way though. The expressions “milky circle” and “galaxy” are older (Bartholomaeus Anglicus' De Proprietatibus Rerum (translation), 1398) but ultimately those expressions were said in Greek or Latin well before the English:

As @WhatRoughBeast's answer alludes to, this a food labelling regulation issue not a linguistic one. In English it's completely correct to call nut milks "milk". Whether a jurisdiction allows you to sell them as "milk" is an entirely different matter.

In the US, it is technically illegal to call plant-based products "milk", "cheese", etc per old FDA regulations. However, the distinction has never been enforced to any degree. Within the last 6 months the FDA has undertaken to understand how people use and perceive terms like milk, in order to determine how to handle the issue. This article is worth reading. While the cases are presumably small in number, soy-based "milk" has apparently resulted in cases of rickets due to Vitamin D deficiency, and rice-based "milk" lacks protein, resulting in Kwashiorkor in infants. Presumably the parents thought they were doing the right thing in avoiding animal products, without realizing that the milk alternatives they were buying did not have the nutritional qualities of the original.

As I understand it, you just need to look at its colour to see why it is called ‘milk’. In the case of almond, the ‘butter’ extracted by grinding the the nut, even when mixed with water, had a milky colour and texture. The liquid from ground soy is so because the beans are not processed till they have a mature ‘beige’ colour and so are again a sort of milky white (unlike soy sauce, where the beans have been dried and the liquid is dark brown.

Coconut ‘water’, as we might drink it straight from the nut, is much clearer. In fact, from my youth I called it ‘coconut milk’. I am grateful to @Chronocidal for correcting my lifelong error. The commercial ‘milk’ comes from the grinding of the white flesh.

Is it technically correct...?

No, of course not. It is neither technically, nor legally correct, for the same reason "fat free milk" (yes, this exists!) isn't, and cannot be.

Technically, milk is an exocrine secretion produced by mammals (in the tell-tale mammary gland) consisting of predominantly emulgated fat in watery solution and casein (protein), some sugars, and some salts. Anything not coming out of an animal's tit therefore is not "milk". Anything not containing a considerable amount of fat is not "milk".

Legally, there are, depending on where you live, more or less hefty regulations such as e.g. the FDA's in the USA, or about half a dozen EU laws in the EU which control pedantically every aspect of what may be called "milk" and "some type of milk" as well as "milk product", including microbiological and technical minimum stadards and minimum fractions in its composition. The word Milk is a protected term, which is basically something like a Trade Mark (similar to Champagne, Camembert, or Nürnberger).
Anything that did actually come out of an animal tit but underwent processing in excess of heating and segregation by skimming is not "milk", and depending on what was done and what composition it now has, it must bear a prefix (such as pasteurized, H-, fat-reduced, etc.).
Milk being sold without animal prefix is (at least in the EU) defined to be "cow milk". Where "cow" should more precisely be "cattle" (but isn't) as "cow" can, depending on the language chosen, be quite ambiguous species-wise. So, e.g. "goat milk" may not be sold as "milk", although it is milk.

So why did and do people call white liquids (including the sap that comes out of dandelion) milk? Well for the same reason that diamonds or gems in general (including amber) are stones.

White liquids are white liquids, and milk is a white liquid. 99% of all people aren't biologists or lawyers or overly bright or educated (especially not in the middle ages), and few would care anyway, for that matter. If something looks like a duck, it is called duck.

The scientific or biological definition of milk as a liquid produced by mammals to feed their young does not cover "almond milk".

The food-labelling regulations definition, as it applies to the European Union, is more complicated.

So far, I think I have uncovered four layers:

I am not a lawyer, so I ask you to treat this information as such. If you are merely curious about why certain products are labelled as they are, then I hope that my answer is useful. Equally, this issue came about because a German consumer group made a legal challenge against a manufacturer, and I would hope that their counsel was more thorough and more expensive.

Looking carefully at the products, none are labelled as milk.

Not the answer you're looking for? Browse other questions tagged etymology phrase-origin food or ask your own question.