the apparent distance created by an angle, the "size" of an angle in 3D space

I can measure things in the distance, like really tall buildings, by pinching my fingers in front of my eyes. 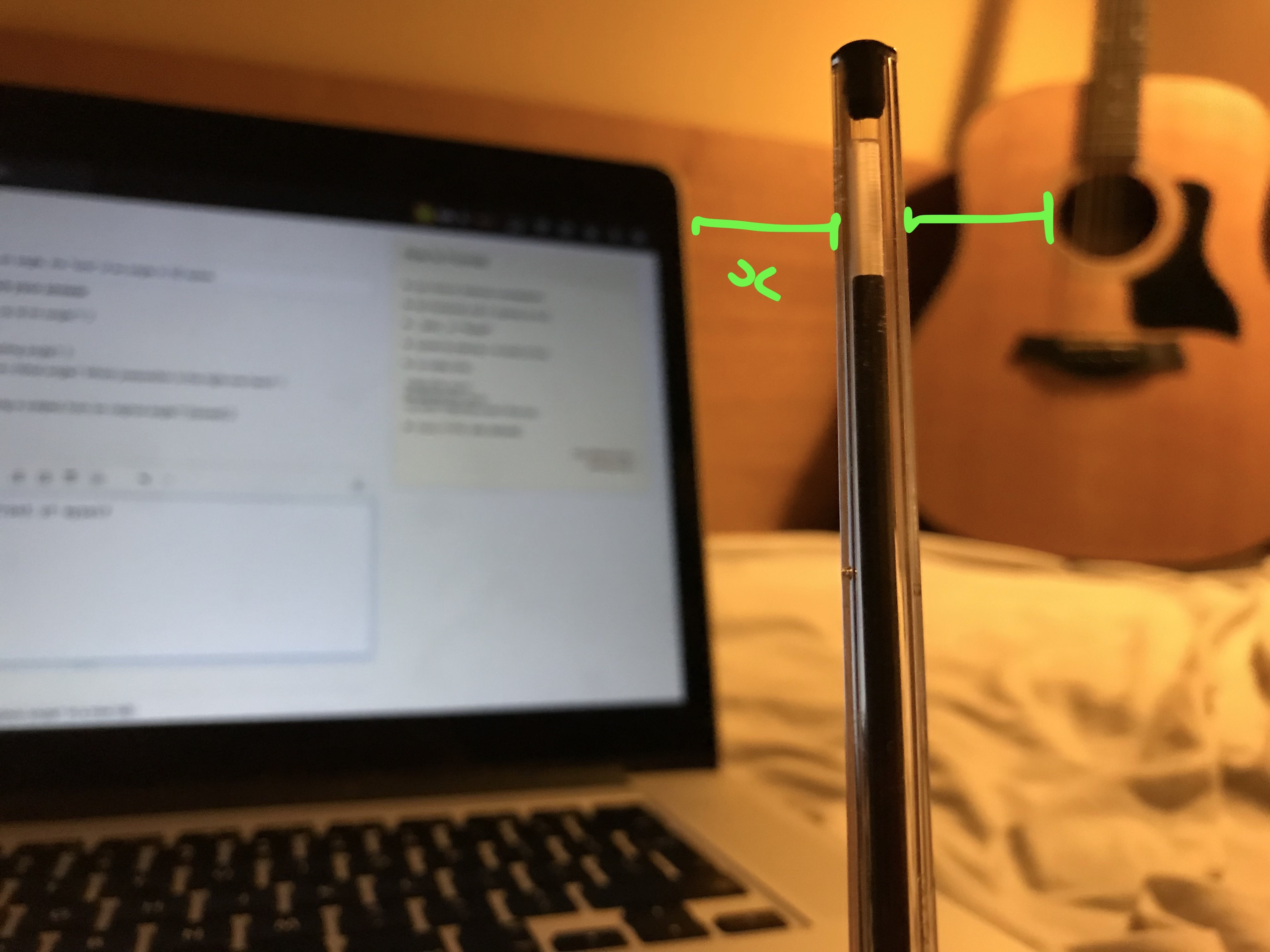 Even though in reality the pen is much closer to the laptop than it is to the guitar, the guitar and the laptop are the same angle from my eyes, so are two-dimensionally equidistant from the pen.

What is the name of the length of this two-dimensional line created by an angle in 3D space?

Apparently the angle is called the angular diameter, wikipedia has this pic:

I want the name of d/2. Wikipedia (on that page) called d the diameter, but I bet there's a more specific term.