I know of at least one language (German, although it’s considered old-fashioned nowadays) where it’s possible to combine demonstrative and possessive pronoun:

These your words are true.

I’ve never seen a construct like this in English. Is it even possible?

Go in this thy might, and thou shalt save Israel from the hand of the Midianites

It's old-fashioned in English, too, but it has occurred. Normally two determiners like these and thy (which is common in the construction; that gives you some idea of the age depth) can't go together, but These thy words are true could be Early Modern English.

Rally Round the Flag

When an English sailor, one Thomas Millerd, saw that the Massachusetts Bay Colony did not display the King’s colors, he was enraged, and once on land, began to charge the colonists with treason and rebellion. This affront to their loyalty did not sit well, and he was forced to sign a humiliating confession:

My humble request, therefore, is that, upon this my full and ingenuous recantation of this my gross failing, it would please the governor and the rest of the assistants to accept of this my humble submission, to pass by my fault, and to dismiss me from further trouble; and this, my free and voluntary confession, I subscribe with my hand, this 9th June, 1686. — Schuyler Hamilton, History of the National Flag of the United States of America, 1852.

Unlike the formal 17th c. language of our severely chastised sailor — or more likely, a literate colonist — modern usage dictates that a possessive pronoun can only be preceded by all; all others require a partitive construction: all my books, *some my books, some of my books, *those my books, those books of mine. By the same token, a demonstrative can only be followed by an adjective or noun, singly or as a phrase.

When a comma intervenes, as in this, my free and voluntary confession, the formal register is maintained, but confession is now in apposition to this. With this reanalysis, the construction can still occur. In certain formal contexts, however, the original construction survived into the twentieth century, though quite rare today. Both the proximal demonstrative (this, these) and distal (that, those) may occur, though not with equal frequency.

Shakespeare and the King James Version

The construction appears in the two pillars of Early Modern English: the works of Shakespeare and the King James translation of the Bible:

… and these our garments and our shoes are become old by reason of the very long journey. — Josh 9.13b.

Knowing that shortly I must put off this my tabernacle, even as our Lord Jesus Christ hath shewed me. — 2Pet 1.14

Both Shakespeare and the KJV are merely following current usage:

yet being not satisfied with that your aunswere, i wil assay againe to demaund your sentence in the first question: — John Foxe, _ Actes and monuments of matters most speciall and memorable, happenyng in the Church. [vol. 2, part 1], 1583. EEBO

… whereof the holy ghost hath made them oueseers: to feed the church of god, which he hath purchased with that his owne blood: — John Smith, The Doctrine of Praier in Generall for All Men, 1595. EEBO

but now (being growne very wearie with your violent fiskings and figgings about those your idle vagaries) you begin to ioyne hands afresh with that your former assertion: — John Deacon, John Walker, Preachers, _ A summarie ansvvere to al the material points in any of Master Darel his bookes_, 1601. EEBO

But the KJV and Shakespeare will have contributed to the longevity and resilience of the construction in later centuries. A sampler:

That by the blessing of God, all those our enemies are fallen or fled before us; that, for the same ends, for our rights, and for our servises, we were forced to hazard ourselves in disputing the parliament's commands; and those our opposers have likewise been subdued: — Soldiers’ Petition to Sir Thomas Fairfax, 1647. in: Cobbett's Parliamentary History of England: 1642-1660, 1808.

But, sir, it is plain that those your discourses are calculated for none but the fashionable part of womankind … — Joseph Addison, Spectator 205, 25 Oct. 1711.

His accuracy of observation is a rare and wonderful gift, and this his first play must be recognized as a remarkable effort. — Claydton Hamilton, “Holding the Mirror Up to Nature,” Forum 1908, 537-48. COHA

Welcome, since you admonish me and these my cherished friends, to fill each passing moment with emotions of love's joys; … William M. Bunn, Some After Dinner Speeches of William M. Bunn, compiled with an introduction by James S. McCartney, Philadelphia, 1908.

Speaking of this affair when President, he said that he was more gratified with this his first success than with any other election of his life. — Francis F. Browne, _ The Every-day Life of Abraham Lincoln_, 1913. COHA

The President's plea for the nomination will be blazoned in his message and the course he employs to influence Congress to enact the legislation recommended in this his first message to the country. — Edwin L. James, “Coolidge to Launch Country-wide Fight,” New York Times, 3 Dec. 1923. COHA

The entire ice industry of Michigan pays you tribute on this your Fiftieth Anniversary. — Industrial Refrigeration 101 (1941), 150.

This congratulatory use survives to this day, whether reanalyzed with a comma or not. 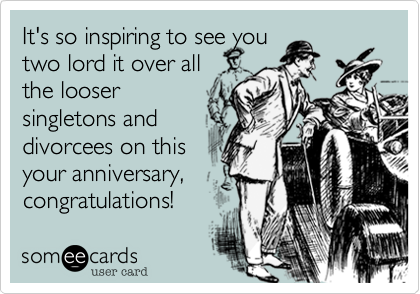 Not the answer you're looking for? Browse other questions tagged pronouns syntax possessive-pronouns demonstratives or ask your own question.

3
One noun but two determiners?