“passf***ingport” is it a bad use of interjection?

I was just having a little conversation with a few friends, and I used the word ‘passfuckingport’ out of nowhere. I am not sure what it sparked - my Western friends where alright with it, but one of my Middle Eastern friends mentioned that it was disrespectful to the ladies of the group and that it was impolite.

It was in no way my intention to disrespect anyone; neither was the remark directed at any one in particular, and I do have questions about whether it is really disrespectful among close friends to say something like that, or if I should I refrain from using such words in the future.

I am also wondering if I got the English right.

My question for EL&U is this:

Is this incorrect use of an interjection or word combination?

To address the part of this question which is on topic for this stack:

'passfuckingport'... Is it a wrong use of an interjection or word combination?

This is (pretty much) correct usage of -fucking-, although not the most euphonious of examples.

This is not a trivial question at all and, as the language is informal and offensive in many contexts, and because the rule is somewhat complex, it is unlikely to be covered in English language textbooks; it would hinder rather than help most ESL students.

Steven Pinker gives it treatment in The Language Instinct, giving the example of Phila-fucking-delphia.

Not having access to the book at present, I found the following article referring to the same topic in Philadelphia magazine. The article refers to the writing of two other linguists, both Philadelphians at least by academic association (who are very probably exactly who Steven Pinker refers to as well, although, as I said, I don't have the book to hand to check).

[Anne Pomerantz, senior lecturer of educational linguistics at the University of Pennsylvania’s Graduate School of Education] pointed out that “Phila-“ and “–adelphia” are both derivational morphemes — word parts imbued with meaning that can be added to other morphemes easily to create new words, called blends, like Geekadelphia (a brotherhood of geeks)...

[Rolf Noyer, Professor of Linguistics at the University of Pennsylvania] wrote that “Phila-“ and “–adelphia” are both accented syllables, giving Philadelphia a “metrical structure” — something most other city names don’t have.

“When forming blends, speakers usually respect the metrical division, and the fact that the word is long enough to have two metrical parts (aka “feet”) means that substituting something new for one of the feet is possible,” wrote Noyer. “In a short name, such as Boston, there is only one foot, so it’s not possible to switch out one foot for something else.”

Noyer suggested a fantastic technique for finding the foot division of Philadelphia or any other word for that matter: “Expletive Insertion.”

“All speakers of English know (unconsciously) that if one is going to insert an expletive — standard example in the U.S. is fuckin’, in the UK bloody, but friggin’ and goddamn work just as well — into a word or phrase, one has to do it at the foot boundary, where the expletive is itself a whole foot.

“So while (Phila)(fuckin)(delphia) is a fairly unremarkable, if vulgar, utterance, no speaker would ever think of saying Phi-fuckin-ladelphia, Philadel-fucking-ia, or Philadelphi-fuckin-a, which are logically possible,” writes Noyer.

(All emphasis in the quote is mine.)

Passport, similarly to Philadelphia, is a word of two halves, and you've put -fucking- in the right place... that is, if you're going to put it anywhere: this -fucking- formation works much better with longer words, such as abso-fucking-lutely, where there are at least two stresses and enough unstressed syllables that they have some kind of meter.

While it's the foot division - the meter - that is determinative here, it probably helps pass-fucking-port's case inasmuch as you've hit on a boundary between two meaningful parts of a word - pass and port.

Having said all that, passport only has two syllables, so there isn't much in the way of choice when it comes to possible locations for expletive infixation, the standard term for this, rather than the expletive insertion which the article quoted used.

I do think Pinker et al. overstate the case and there is much more regional variation in how -fucking-, -bloody- and other expletive infixes are employed than they seem to allow for, and while it may lack the poetic bounce of Phila-fucking-delphia, pass-fucking-port is kosher enough.

The curse words are more offensive than the construction

Putting one word inside another like this is called Tmesis. It is an incredibly rare construction in English. There are no formal rules on how it should be used and it will always sound like slang. More important is how Tmesis is pretty much only used to insert swears inside a word for emphasis. e.g un-bloody-believable. The swears will always be more offensive than any incorrect use of language.

Is it really disrespectful among close friends to say something like that?

Different friend groups will have different standards about bad language. If your friends don't use a lot of swears they might prefer if you didn't either. As for the ladies present, Western women usually aren't any more offended by swears than Western men; they might actually be more offended by your friend attempting to speak for them. However if there are any Middle-Eastern women present, you can take your friend's advice that they might be more upset by swears than himself.

Is it a wrong use of an interjection or word combination?

It's slang. There are no formal rules for slang. Even if you soften the swear from abso-fucking-lutely to abso-bloody-lootley it is still informal use of language.

Should I refrain from using such words in the future?

You don't have to give this construction particular thought. As I said the curse words are far more important than the grammar/syntax.

The linguistic phenomenon producing words such as fanbloodytastic is known as an expletive infix, where an expletive or its euphemism is inserted before the accented syllable of a word, frequently an adjective with at least three syllables. Words beginning with a prefix, such as unbelievable, unreal, or incredible may infix the expletive after the prefix: unfuckingbelievable, unfuckingreal, inbloodycredible. Unbefuckinglievable, which would be a quite regular form, also exists.

This suggests that *passfuckingport isn’t quite an idiomatic formation, but Philafuckingdelphia would be, except for those natives — and they are legion — who pronounce it Fluffya.

One of the first — if not the first — words in print to be thus expanded is absolutely, with absobloodylutely dated by the 2015 New Partridge Dictionary to 1914 and absofuckinglutely to 1921.

A word, particularly the universal adjective, is often sandwiched between the beginning and the end of another word to give it emphasis, e. g. ‘absobloodylutely.’ — Ralph Anthony Durand, A Handbook to the Poetry of Rudyard Kipling, 1914, 259.

That the author uses the infixed word as an example, i.e., something with which most of his readers will be familiar, suggests a coinage some years prior to publication. I also doubt seriously if it took an additional seven years for the f-bomb to drop in the middle of absolutely, although it might have in print.

The word apparently had attained some degree of popularity:

Oh, so lovely sittin’
Abso-bloomin'-lutely still;
I would never budge till spring
Crept over me window sill. — Alan Lerner, My Fair Lady, 1956.

The chap I know says you can always tell a cuckoo from Bridgend, it goes: 'Cuckbloodyoo! cuckbloodyoo! — Dylan Thomas, Portrait of the Artist as a Young Dog, 1940.

Over the last year we have watched small papers begin and die with an alacrity that does not allow time for a community to build up in the conservative communities around the state... Brownshoes from Norfolk came 22 miles to here for printing because they were going broke paying twice as much as our printer asks for. Our printer refuses to print their paper any longer because of the Billy Graham cartoon — fanfuckingtastic man. — Liberation News Service (NYC) 194 (16 Sept. 1969).

I’d love to see that cartoon.

Closely allied to expletive infixing is the similar interpolation of an expletive between the two elements of a phrasal verb or other expression whose constituents are not normally separated: far fucking out or drop the fuck dead. This construction is also no novelty:

Peabody stops. I see his face turning red, and he is chewing as fast as I ever seen him chew, on a very big wad. He calls Jim a “black turd” and to get the hell out of the way. — Mark Twain, Huck Finn & Tom Sawyer Among the Indians, 1889.

and is effective as a simple imperative: 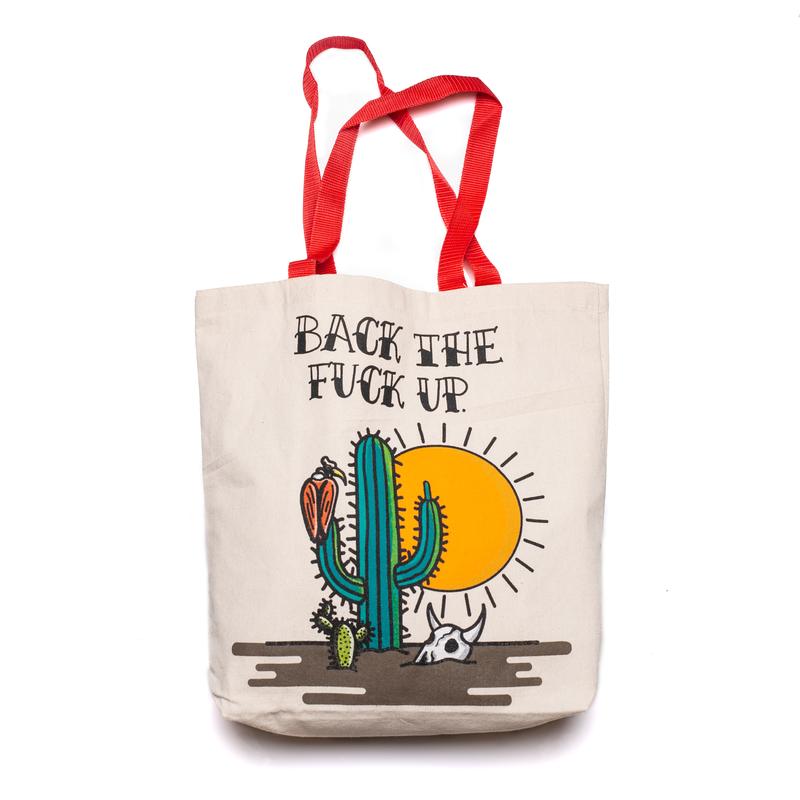 Whether using such constructions comes at a social cost depends on the social context and the strength of the expletive. Among familiar friends where language is relaxed and the occasional expletive is regularly used would be a safe environment for expletive infixes. Substituting a euphemism broadens the range — Julie Andrews! — but would meet with disapproval in an all-male environment where strong language is typical.

A good rule of thumb is not to be the first to drop the f-bomb in a social situation. You can then judge the appropriateness of such language before you jump in yourself.

Not the answer you're looking for? Browse other questions tagged offensive-language interjections affixes or ask your own question.

0
Using the F word in the middle of the word