The Spanish word merienda is often included in lists of untranslatable words. It originally meant the meal you had around noon between breakfast and dinner, as that meal used to be small compared with the other two. In some parts it is still used with that sense but since the 17th century it is almost always used for the small meal you have between lunch and dinner.

In Spain you usually have lunch around 2:00 PM and dinner around 9:00 PM, so at around 5:30 you need a small meal if you do not want to starve. That small meal is our merienda.

I would like to know if there are or there have been words in English to refer to a similar small meal you have between the main meals. I have looked up the word even in old dictionaries, but I think the translations refer to the old meaning of the word:

So among every word the English language has produced everywhere and at every time, old and new, known or unknown, what would be the closest one to Spanish merienda?

I think your question contains its answer: snack is both AE and BE, and the first example sentence reported by the Oxford Dictionary is

which seems to reflect your definition quite perfectly: "at around 5:30 you need a small meal if you do not want to starve"

I was surprised not to see tea in the answers until I saw it in the very first comment by J. Taylor.

Also, consider high tea though not a single word.

tea noun
4a : refreshments usually including tea with sandwiches, crackers, or cookies served in late afternoon

‘they were about to take afternoon tea’
[count noun] ‘picnic teas’

‘fish and chips for tea’

high tea
NOUN [British]
A meal eaten in the late afternoon or early evening, typically consisting of a cooked dish, bread and butter, and tea.

‘you sat down and had high tea’

Well, supper, for one. I believe it fits the context quite well.

1a: the evening meal especially when dinner is taken at midday

b : a social affair featuring a supper especially: an evening social especially for raising funds

2: the food served as a supper

3: a light meal served late in the evening

An evening meal, typically a light or informal one.

e.g.: ‘we had a delicious cold supper’

There are small meals between lunch and dinner, these are called "Dunch" which is a combination of Lunch and Dinner. (It can also be called "Linner")

If you eat a meal between breakfast and lunch it is called brunch, which is more well known.

After having lived in Spain for the last 14 year or so, I would classify it as rather an "early evening snack". I don't think it should be considered as afternoon tea or snack, barely on the fact, it is too late to call it afternoon! However, I will add that the"merienda" as such can be something sweet or savoury. 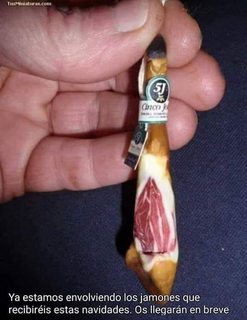 Not the answer you're looking for? Browse other questions tagged single-word-requests nouns translation spanish or ask your own question.

25
Does British English have a word for dry, starchy savoury snacks that are not fried slices of potato?
5
Is there a word/phrase/idiom for temporarily satisfying strong feeling of hunger?
17
Friendlier way to express you paid for a person's drink/dinner and expect it to be paid back
3
'Horeca', is it English? Alternatives?
3
Non-derogatory term similar to "inflexible"
0
The use of word "apply" for "apply someone to college"
0
Leftovers that haven't been eaten?
3
Equivalent of the Spanish phrase "morir de éxito"
3
A possible Spanish origin for "lunch"