What does “the mole” means in this context?

I read a manga (japanese comics) called "Boys on the Run". In some chapters several characters refers to someone as "the mole", but I don't actually know who is that person. Here is the context: A company made a line of figurine toys for adults, and people refer to "the mole" as the one that designed these toys.

Here are some examples of sentences where the word is used: "But it's really well made. This was definitely made by the mole"; In this case, they are saying that "the mole" made these toys. "Maybe the mole can make this?", In this example, someone is telling other that some toys should be made by "The mole". I do not think it means something like "traitor" because the first sentence I put as example is said by a person that does not belong to the company, so it does not make sense if he is implying they have a traitor.

Sorry if this is might be obvious, but I am not a English-native speaker. And I am actually translating this work to spanish, so I want to know the meaning of it. Thank you in advance. 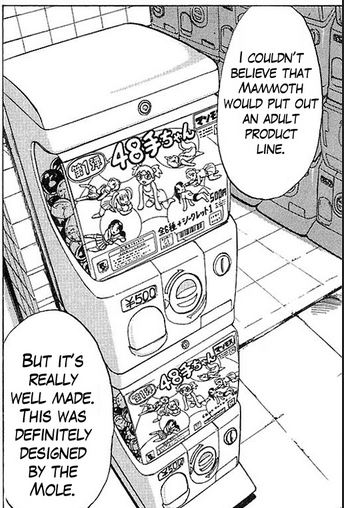 The nickname Mole is often used between children to describe physical features.

There are two very common reasons this term may be used

1) Of small stature (able to burrow where others can not ) similar to a small rodent.

2) Having blemishes on the skin as described here

Looking at the Manga search for features of "the Mole" that fit either of those two descriptions !

I have quickly searched and he is not significantly smaller, so we can probably discount #1 however in some illustrations he is associated with the word "spy" and in others (but not all) appears to have a mark on his face. So #2 is a possibility reinforcing the context of a clandestine character who is an industrial double agent.

In anime, a tragic character will sometimes have a mole near the outside corner of one eye, because in Japan such a mark symbolizes a hard, sad life—the placement calls to mind a tear of sorrow. 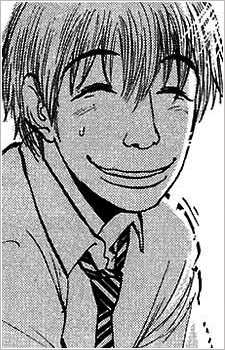 to be the mole in that company.

SIDE NOTE: A single facial mole in the Western world is often called a "Beauty spot" (not to be confused with the same term referring to a Scenic view)

18th Century:Men and women wore mouches, velvet patches made to look like moles and cover up scars from smallpox, popularized by fashionable women like Queen Marie Casimire of Poland.

Someone who works for a competitor is in the company, designing the figurines.