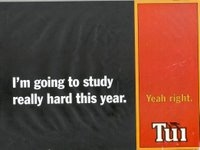 4
You think you're right but you're actually wrong
20
Idiom/phrase which means "to pretend not to understand or know"
31
Is there any equivalent to this Persian proverb? "A bad or faulty item should inevitably be kept by its owner"
7
Idiom or expression criticizing people who ignore you right after getting what they wanted/ were after
3
Looking for phrase or word to describe when people think things are high class but they actually are not
2
Is there a word which means past and current but not future?
0
Is the following bit of dialogue correct orthographically/grammatically for American English?
5
Is there a word or phrase that means 'works but not for the reason we expect it to'?