Word for "proportional government based on map area"?

Since the US election the other day, I've started seeing the usual spate of choropleth maps like the one below. 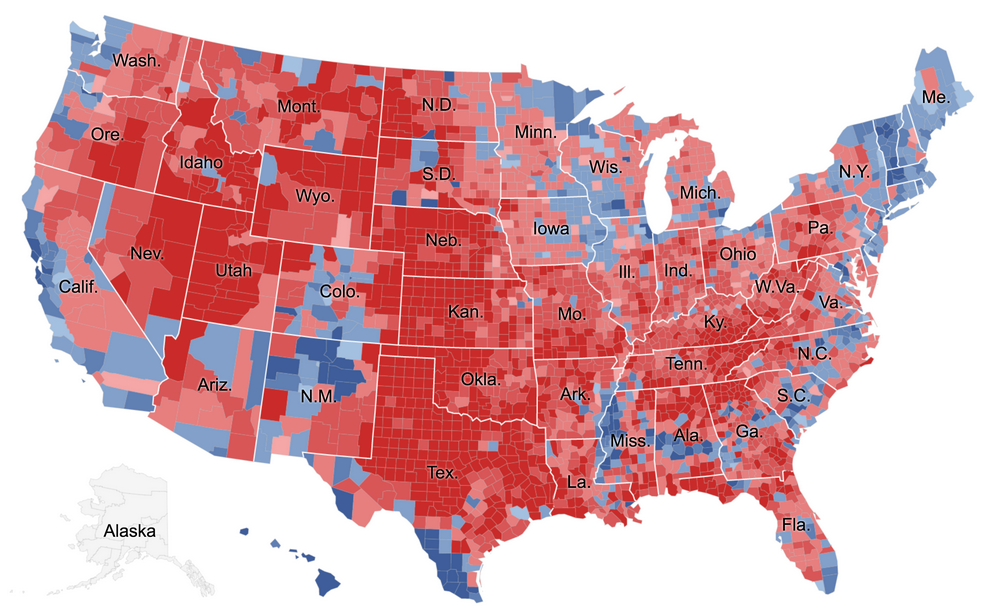 These are problematic for representing the results of political elections because what matters in those elections is (usually) the total number of votes cast by persons, while the maps are weighted instead by area. For instance, the map above is predominantly red, but it represents a result in which blue had a couple of percentage points of advantage. This is possible because many of the red areas are large but contain only a few people, while many of the blue areas are geographically small but have very dense populations.

I'm looking for a single word that describes a (hypothetical) system of government where equal areas on a map earned equal representation in the legislature. I would expect such a word to follow the same structure as "democracy," which has a Greek root (δημος/"people") plus the suffix -cracy from κρατος/"state." Other examples in this model are "aristocracy" (αριστος/best), "kleptocracy" (κλεπτον/thief), "kakistocracy" (κακος/worst). Branching out a bit would include "monarchy" (μονος/"single", αρχος/"ruler"), or similar models.

In a(n) ________, maps like the above would be distortion-free representations of an election result; there would be no difference between a(n) _______ and democracy if the population density were the same everywhere.

I have an idea for what this word should be, which I'll put in an answer, along with my reservations about it. If a better word already exists, I would love to know about it; if the word that I've coined is well-attested and I just can't find it, I'd like references to that as well.

Also, my Greek is super-rusty, so corrections to my etymology here are relevant and appreciated.

The word that I came up with is

This follows the rules outlined in the question. It's promising that it's the same etymology as the name of the mapping style, "choropleth", with -pleth from πληθος/many. Some searching finds that a small number of people have used this word in this sense, but it doesn't appear in any dictionary.

Here's a 2007 PhD thesis which uses the word with a slightly different meaning, which makes me wonder if the structure that I chose is on the wrong track for the meaning that I want.

This word doesn't feel idiomatic to me in the same sense that "kleptocracy" or "kakistocracy" were. Those words I knew the meaning of the first time I heard them, since "klepto" and "kaka" appear as roots in other English-adopted words. I don't immediately recognize "choro" as a root for building words about place.

Not the answer you're looking for? Browse other questions tagged single-word-requests politics or ask your own question.

1
A word for discrimination based on education or area of expertise
6
Form of government (-archy/-cracy) where the strongest rules
0
A word meaning "communicating one idea" (Mono-<something>-ic?)
1
Word for the item that is containing other items that are being compared to each other
2
Conceptual abstract representational grouping name for values/things
4
A word to describe "political buyer's remorse"
4
Special case of Polysemous
31
A verb for “The cartographer painstakingly ___ a map of the city.”
1
A word meaning random but restricted