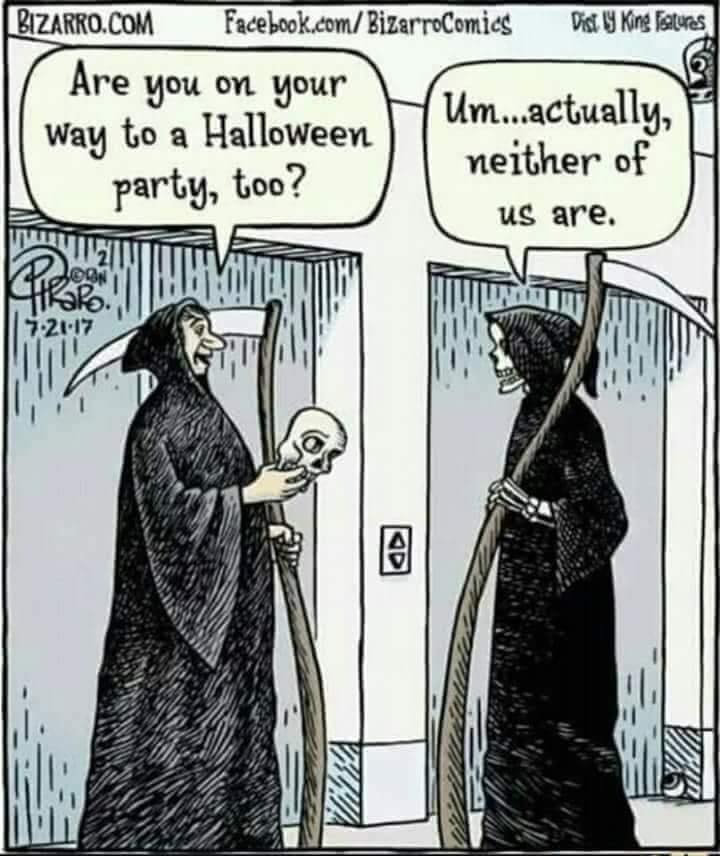 This cartoon was recently posted on Facebook. My sister (who is a retired HS English teacher) says the grammar is wrong and that the correct wording should be: "Neither one of us is." but I disagree.

I am not an English teacher but I believe that "US" relates to "WE" and the correct wording for that pronoun is "WE ARE". On the other hand "ONE OF US" relates to "I" and "YOU" but the correct wording for those pronouns would be "I AM" or "YOU ARE" ... There absolutely is no place in English where we correctly use "I IS", "YOU IS", or "WE IS" so why would "US IS" be correct?

Your sister appears to be correct. 'Neither of us' is understood as 'neither one of us' and is treated as singular. From the Commnet "Guide to Grammar and Writing":

The pronouns neither and either are singular and require singular verbs even though they seem to be referring, in a sense, to two things.

Neither of the two traffic lights is working.

Which shirt do you want for Christmas? Either is fine with me.

According to Ngram, it is also the most conventional usage.

I think that you are right to question your sister's condemnation of "neither of us are", but wrong to say that "one of us" cannot take third-person agreement because of the presence of the first-person pronoun "us".

Consider the sentence "One of us is wrong." Would you say that this is incorrect because we can't say "We is wrong?" It turns out that people do say "one of us is" and not *"one of us are" (or *"one of us am"), so it seems clear that the grammatical person of the pronoun after "of" doesn't always affect the person agreement used with the verb.

I think speakers who use "neither of us are" are using plural agreement with "neither". This seems to be grammatical for many, perhaps most speakers, but I think that it has been criticized for the same reasons "none of them are" has been criticized. Interestingly, plural agreement does seem to also be used by some speakers for the positive pronoun "either", in contexts like "if either are".

Not the answer you're looking for? Browse other questions tagged grammatical-number verb-agreement negation determiners disjunction or ask your own question.

8
Is it “5–6 weeks are a lot of time” or “5–6 weeks is a lot of time”?
2
Does double negation turn “neither” into “either”?
16
Controversy over verb choice in “neither you nor I {is/am/are} in control”
0
Help with Plural Objects and Subjects
5
“He was neither seer nor prophet” How would you explain the absence of an article?
7
Plenty of time, space, and money is needed or are needed?