X-bar tree for a sentence

Those talents, as they make a part of his fortune, so do they likewise of that of the society to which he belongs. (Adam Smith, The Wealth of Nations)

The structure of the sentence above from Adam Smith's The Wealth of Nations is too complex for me. I have tried a few times to draw the X-Bar tree but I couldn't.

Is "as they make a part of his fortune" an embedded clause? I would appreciate it if you could draw the tree or explain the structure of the sentence (constituents).

X-bar is a general, structural, formal template for phrase structure. Specifically, X-bar assumes that phrases have a head, X° which may take a complement forming an intermediate category X', which in turn can occur with a specifer to form a maximal phrase, XP.

X-bar is not a comprehensive theory of syntactic structure. Hence, there is no such thing as "the" X-bar tree for your sentence. Rather, there are many possible trees conforming to the X-bar format, which differ widely in detail depending on your specific syntactic assumptions. Your sentence is extremely complicated, involving displaced constituents, parentheticals, and ellipsis! Hence, it's unreasonable to expect there to be one, consensus, standard tree for it.

This being said, here is one possible syntactic analysis that conforms to the formal principles imposed by X-bar. 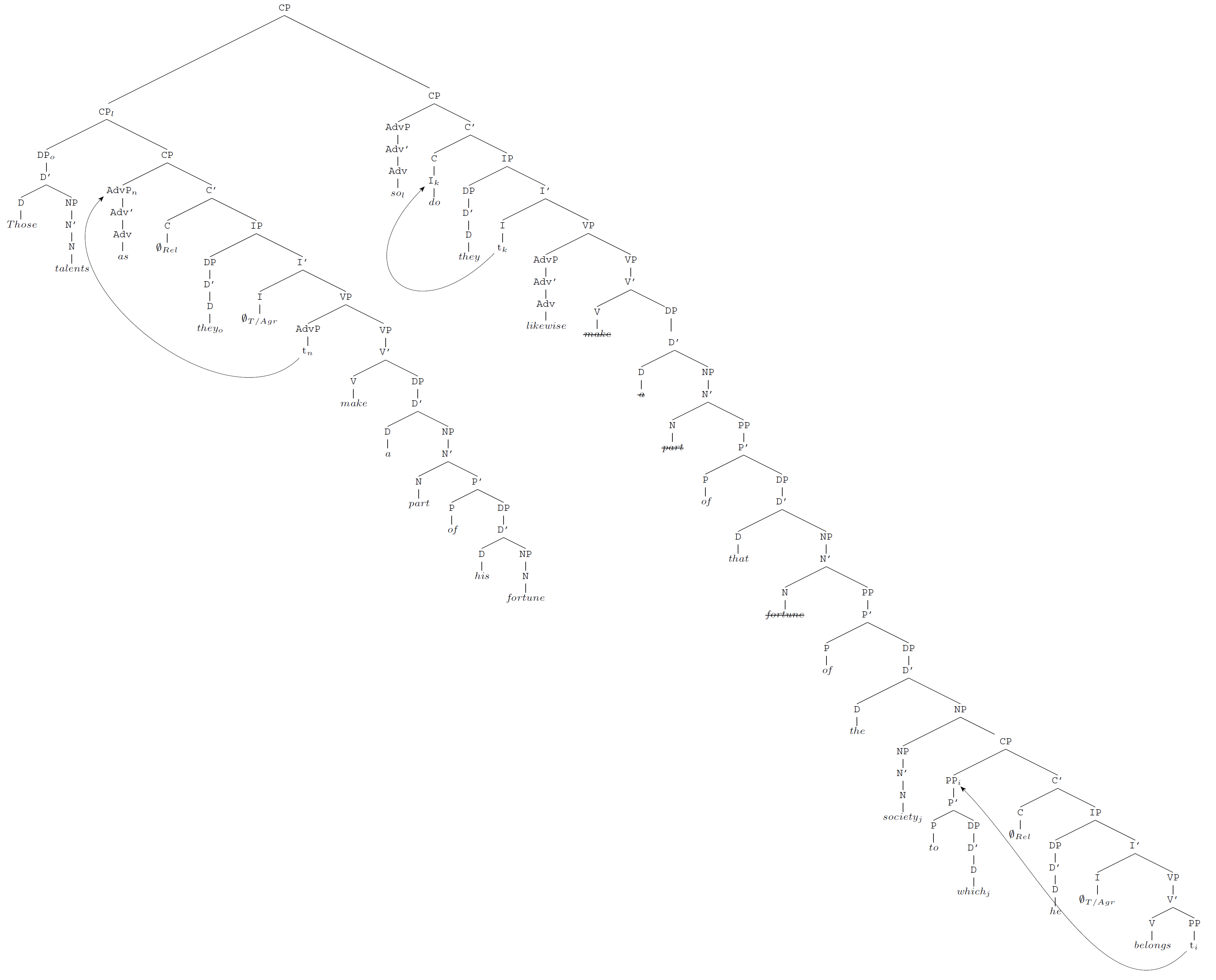 This tree makes a lot structural assumptions, which are not part of X-bar, such as:

Not the answer you're looking for? Browse other questions tagged grammar syntax syntactic-analysis parsing or ask your own question.

1
Word-type in this sentence
2
Syntax tree of a sentence
2
Parsing a difficult sentence
0
Can we parse this sentence in two ways?
7
Ambiguous syntax tree and phrase structure rules
2
Where do I put this phrase in a phrase structure tree?
0
Using “it” after a comma to restate a previously-defined concept within the same sentence
0
How to reconstruct a sentence to avoid words like but, yet, still, although and though?
1
Constituent structure of 'He arranged for me to go there'