What is the English equivalent of the Arabic expression “she melts the iron”?

If I want to express that I was angry with my friend, and then she threw a party for my birthday, which is unexpected.  So what she did makes me not angry any more 😊 ....

What idiom or expression can express my feelings appropriately? In Arabic language I can say: she melts the iron (or she melted the iron).  Does this phrase make sense in the English language?  Is there something equivalent?  Something that would fit:

I’ve thought of "She brokes down my defenses."  Is it right?

If you want simple language, say “she made amends”.

Idioms by The Free Dictionary:

To provide restitution or attempt to reconcile or resolve the situation after a wrong one has done.   I'm not sure I can make amends for all the times I've let you down, but I want to try to be better for you.   Sometimes the best way to make amends is just to listen to the other person, without trying to defend yourself.

to make up to someone for something that someone or something did.   Don't worry.  I will make amends to her for my sister, who behaved so badly.   I will try to make amends for the accident.

Notice the phrases “provide restitution”, “reconcile” and “resolve the situation”, which appear in the above definition; they can also be used. 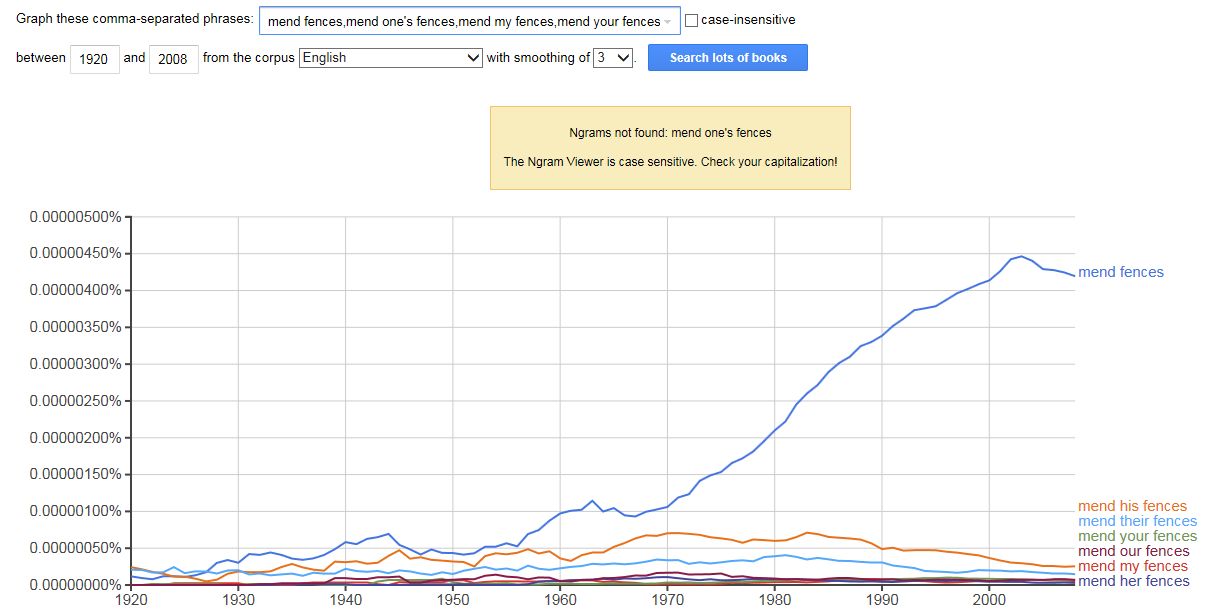 but the dictionaries suggest the second form.

to strengthen or reestablish one's position by conciliation or negotiation:
One could tell by his superficially deferential manner that he was trying to mend his fences.

To improve poor relations, especially in politics:   "Whatever thoughts he may have entertained about mending some fences with [them] were banished" (Conor Cruise O'Brien).

To rectify a damaged relationship.   After Jill heard that her father had become ill, she decided it was time for them to mend their fences before it was too late.   The politician tried to mend his fences with his constituents after the scandal, but was not able to regain their trust before the next election.

When you are angry at someone, and she does something to appease you (in other words, makes amends), you would usually say that she is back in your good graces.

get in (someone's) good graces

Being in someone's "good graces" means that that person is not angry or upset at you.

Most often, people try to "get in the good graces" of someone like:

You can also use the phrase "get back in ___'s good graces" to talk about getting someone who's angry to stop being angry:

I need to do something to get back in my mother-in-law's good graces.

One expression, perhaps more familiar in the past when more English-speaking people were familiar with the Bible, is 'heap coals of fire on [one's] head'. It comes from Proverbs 25:22, where it is said to be the effect of doing a kindness to one's enemy. Many sources explain it in the context of making the 'enemy' feel remorseful, but I found a different explanation here: https://dailygoodies.wordpress.com/2010/01/04/heaping-coals-of-fire-a-figure-of-speech/

Not the answer you're looking for? Browse other questions tagged single-word-requests idiom-requests expression-requests or ask your own question.