Alternative to "winner takes it all" or "first-past-the-post"

Consider the scenario of two scientists independently and concurrently working on a problem. The first one to achieve the breakthrough and have his or her results published will eventually be the one to who is remembered. The work of the runner-up, on the other hand, will essentially go to waste since there won't be any reason to have it published. Similar examples could be said of explorers, pioneers, etc.

I'm looking for a compact expression for this. The winner takes it all isn't exactly accurate because it's not so much a matter of winning as it is a matter of getting there first and being recognized for it. Similarly, first-past-the-post is too tightly linked to the context of elections to be applicable.

"The early bird gets the worm"

the person who arrives first is the one who is successful:

We’ll want to be at the theater early for the best seats – the early bird gets the worm!

Or, even more appropriately from wiktionary

Whoever arrives first has the best chance of success; some opportunities are only available to the first competitors.

There is no prize for second place

There are various examples of its usage:

There is no prize in sales for second place. It's win or nothing. The masters know this and strive for - they fight for - that winning edge.

In war there is no second prize for the runner-up.

Or a book by Don R. Gingerich.

It can be a cut throat world in academic publishing, so maybe it's a valid comparison.

There are two candidates I can think of that may fit.

"To the victor go/belong the spoils".

The winner is entitled to all of the rewards, bonuses, or benefits of success. (A variation of "to the victor go the spoils.")
Farlex Dictionary of Idioms

The winner gets everything
American Heritage Idioms Dictionary

It's funny that this phrase also has a connection to voting and politics, particularly the:

So there we go, we simply can't escape election terminology, it seems.

Another has many variations, but can be said:

No one remembers who came in second.

Interestingly it was tweeted by Donald Trump in 2016, and reported by the Daily Mail as "No one remembers second place." Sometimes said "the guy" or "the second guy".

This phrase reminds me of many things, but possibly most of all Edwin E Aldrin, as he is probably the best counterexample of this supposed aphorism.

The idea of no one remembering who came second (I conjecture) must have been in people's conscience for a long time, as between 1969 and now, "someone" (maybe a higher power) has continued broaching the topic of Buzz Aldrin being the second man to step on the moon. As a result, as far as I know, he's a household name, which name has been immortalised in this guy: 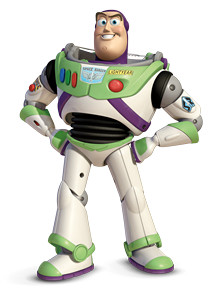 Sometimes it's not even the second person who is unknown in popular culture, but also co-discoverers who made a discovery at the same time.

There are two different sorts of answer that are possible here and some of each have been proposed.

The early bird catches the worm is an excellent metaphor as it gives a good image of the situation but it is not a name for this process.

Metonymy (I use this term in its linguistic sense not its literary sense.) First past the post is a metonym used in elections. The definition can be found without any reference to horse racing or wherever it comes from. And it refers to the most votes not the first person. Its origin is presumably some situation where there was a race to get to 50% such as the recent election for a Supreme Court judge. Here the two sides were counting who was on their side and whoever got over 50% first was deemed to have one, even before the actual vote.

As for any technical, non-metaphorical term, whether metonymic or not, the only term i know is priority. We say "x was given priority because he published first." We say he because in the past priority was not usually given to the first person to do something but to the first white male to do it. See comments of a certain Italian scientist who used to work at Cern.

10
Idiom for trying and failing, falling short and being disapproved

3
"Passed all exams in the first term"?
0
Expression for "pulling out something from the past"
8
Origin of 'the new normal' as a freestanding phrase
2
What is the first known use of the proverb “out of sight is out of mind”?
1
Alternative for "all for one, one for all"
1
The meaning of "takes two to know"