Is there a name for text that reads the same upside-down? [duplicate]

This is similar to a palindrome but, instead of a word/sentence that reads the same forwards and backward, is there a word for words/sentences that read the same right side up and upside-down?

See picture below where the word "yeah" is written in cursive: 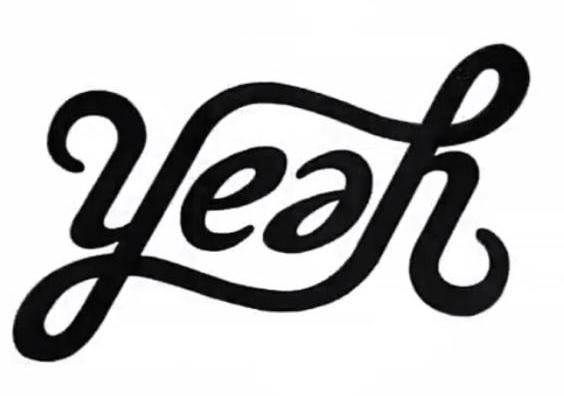 That is called an ambigram. It is a typographical design that can be read in more than one direction.

A typographical design consisting of text modified in such a way that it can be read in multiple orientations, as in mirror image, inverted, or when rotated.

It is an AMBIGRAM design on which a word/sentence that has the same meaning can be viewed or interpreted from a different directions or in different perspectives.

Not the answer you're looking for? Browse other questions tagged single-word-requests terminology typography or ask your own question.

4
Is there a term for a word that is the same upside-down?
6
Terminology for words that are the same backwards and forwards, upside-down or right way up

12
Word or phrase for writing that "reads fast"
2
Is there a name for this kind of supplementary text?
18
Opposite word for “cursive”, as related to writing
5
What word describes text having a different meaning backwards and forwards?
6
Terminology for words that are the same backwards and forwards, upside-down or right way up
3
Is there a word for the side of a shoe that touches the ground but is perpendicular?
2
What is the technical term for up & down, back & forth, and left & right?