Term for the ending consonant of one word connected/disconnected from the next leading to different yet related meanings?

So this brings me to my final slide.

The tyranny of the rocket equation; it involves the magnitude of gravity, and the energy in chemical bonds, which hold this tyrannical grip on our ability to even make rockets, and it’s very difficult to even leave Earth, and it’s particularly so to leave Earth with significant payload.

If the magnitude of Earth’s gravity were slightly larger you could reach a point where we couldn’t even get off the planet using rockets.

So the question that I’d like to plant in all of you guys and gals minds is something to do with rethinking rockets. Is there some other way to get off of Earth without using a rocket; hence you could break the tyranny of the rocket equation, or if we’re not clever enough to think of an answer, and we have to use rockets, could we minimize the tyranny simply by we don’t bring our dumb mass.

An ongoing question in space exploration is that of the smartness of sending people versus robotic spacecraft to space. And so a twist on astronaut Pettit's last line in his talk would be:

we don’t bring our dumb ass

meaning that all of the air, water, life-support, humans and waste can be avoided. Leave your dumb-ass on Earth and just send the robot to space, implying it's stupid to send humans to space.

Question: What is it called when the ending consonant of one word being connected or disconnected from the next word can lead to two different but related terms? 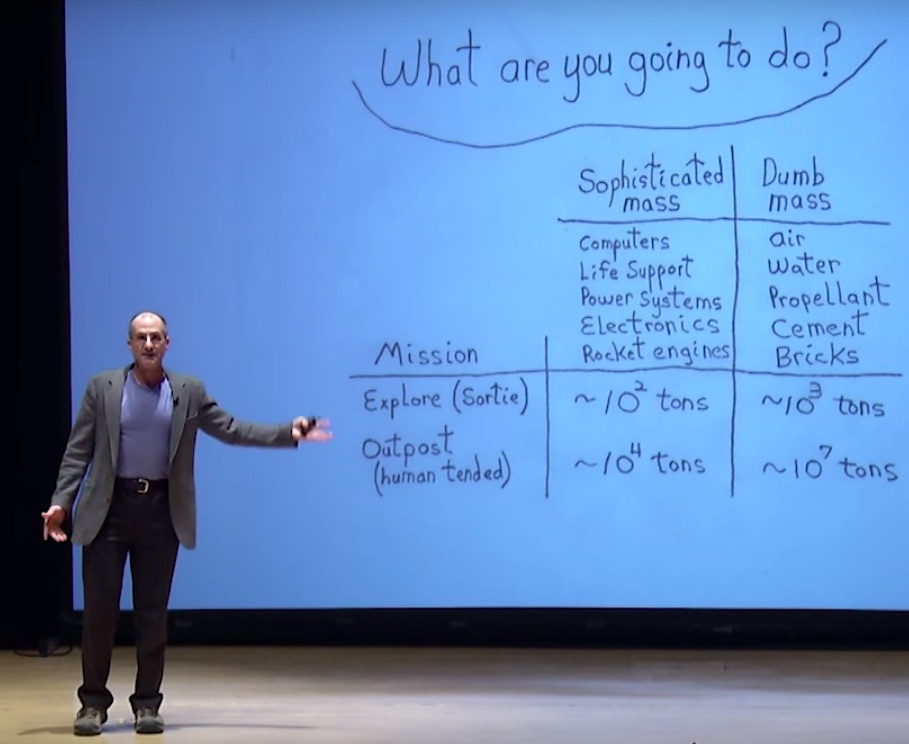 Browse other questions tagged terminology or ask your own question.