For native speakers, what are dumplings? [closed]

When I started to learn English, my teacher told me dumplings is a translation for Chinese 饺子 (a food, also widely found in Japan or Korea). But after a few years, I was surfing on the internet and get the information that dumplings actually can be used for all kinds dough-wrapped-with-inner-filling food.

So, what do English native speakers think exactly of this word? If I have a shepherd's pie or 包子 or 烧卖, can I call them “dumplings”?

Edit: Some images showing what I'm talking about.Do they considered as dumplings? 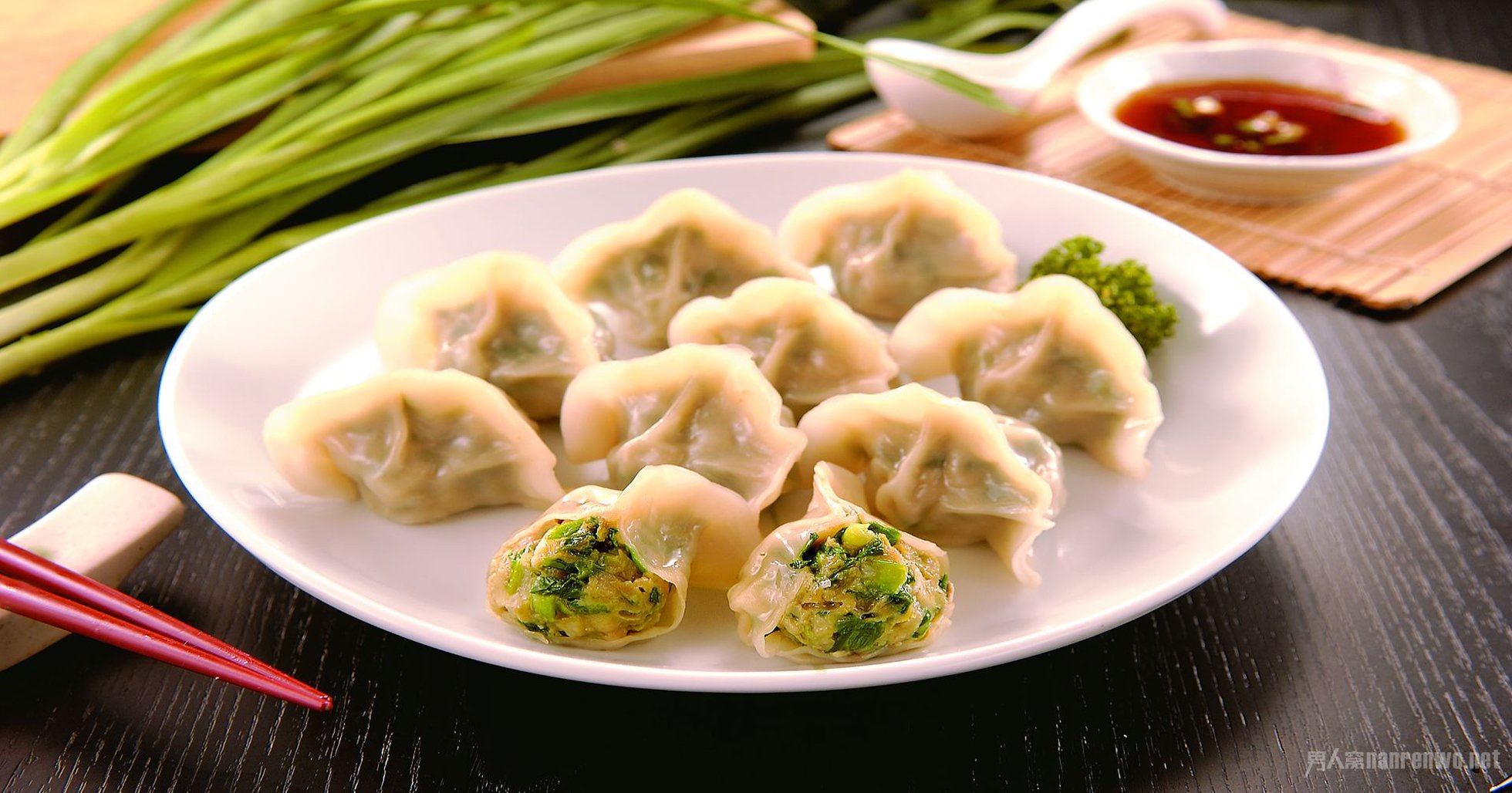 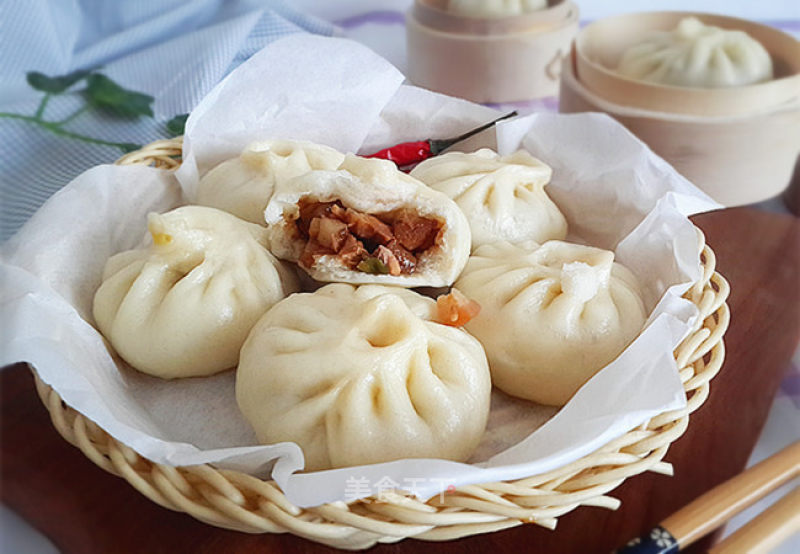 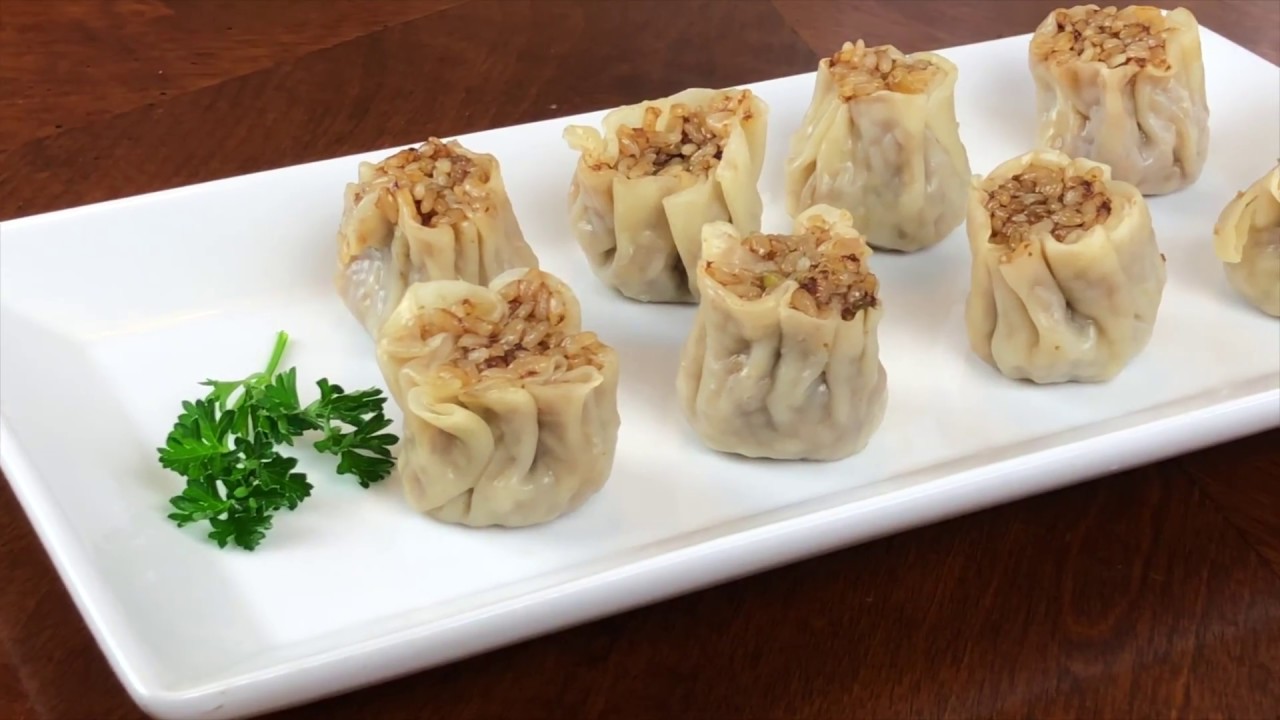 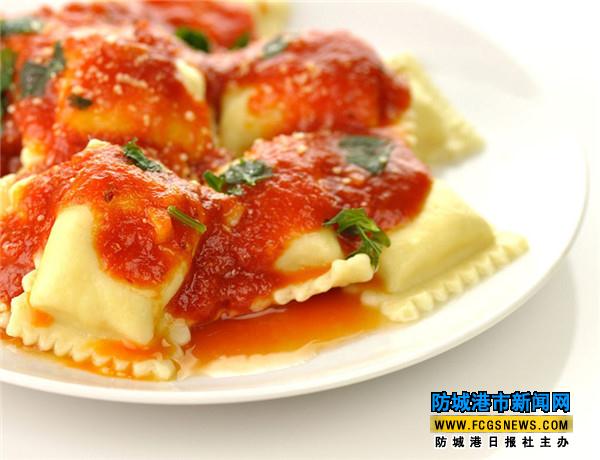 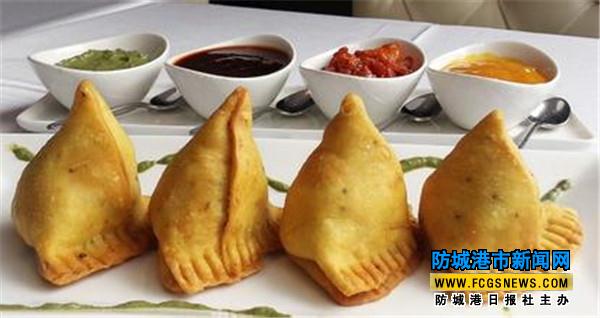 A dumpling, in the UK, is a ball of self-raising flour and suet (shredded hard animal or vegetable fat) bound with water, which is cooked in a stew, so that it takes on the flavour of the dish and becomes light and fluffy.

So, to directly answer your question. I would say that whilst your teacher was correct, in that the English-speaking world would call 饺子, 'Dumplings', I think that's simply because that's the nearest match we have. It is not a catch-all word for every dish which consists of dough / pastry with a filling.

As an aside, IMHO, beef stew & dumplings is one of the finest dishes in the world! 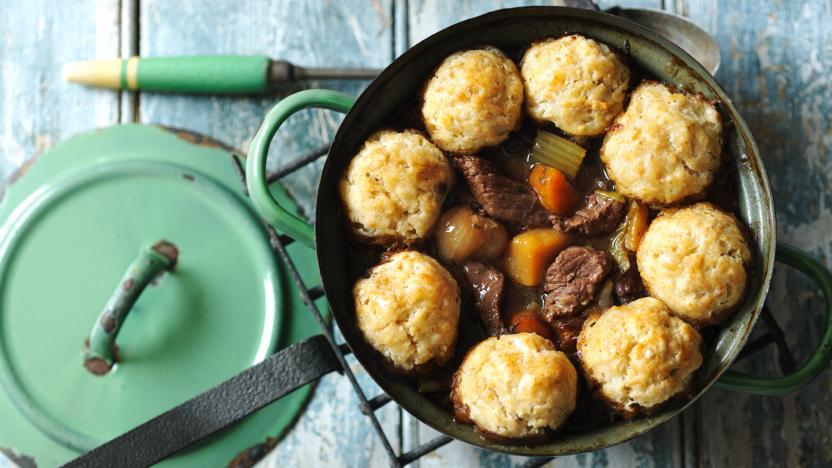 To go through your examples in order (I've provided Wikipedia links for everyone to see what they look like):

In my experience (I'm an American from Southern California), "dumpling" is used only to describe Asian foods that are wrapped in noodle dough (not bread dough). That's why I wouldn't call baozi or ravioli dumplings, even though Wikipedia says they are. But "dumpling" is a pretty vague term, and it doesn't refer to any specific dish, so there is no line everyone will agree on. That said, if you tell someone around here "I ate dumplings yesterday," they will most likely think of jiaozi.

I'm posting this as community wiki, because I'm borrowing heavily from other answers & comments.

Dumpling is a broad classification for a dish that consists of pieces of dough (made from a variety of starch sources) wrapped around a filling or of dough with no filling. The dough can be based on bread, flour, or potatoes, and may be filled with meat, fish, cheese, vegetables, fruits, or sweets. Dumplings may be prepared using a variety of methods, including baking, boiling, frying, simmering, or steaming, and are found in many world cuisines.

However, from the myriad sections underneath that definition & the myriad comments & answers here, it seems that every country has its own definition.

To someone from the UK, a dumpling is a quite specific culinary delight, made from suet & flour & cooked in the steam coming from the stew it accompanies.

The Southern US has a similar dish, (beef or) chicken & dumplings 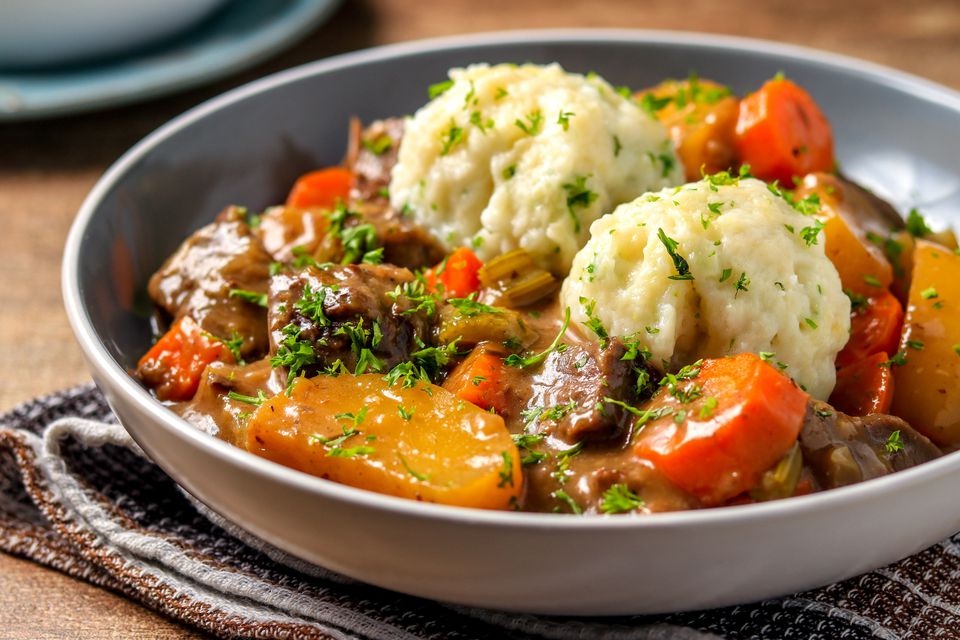 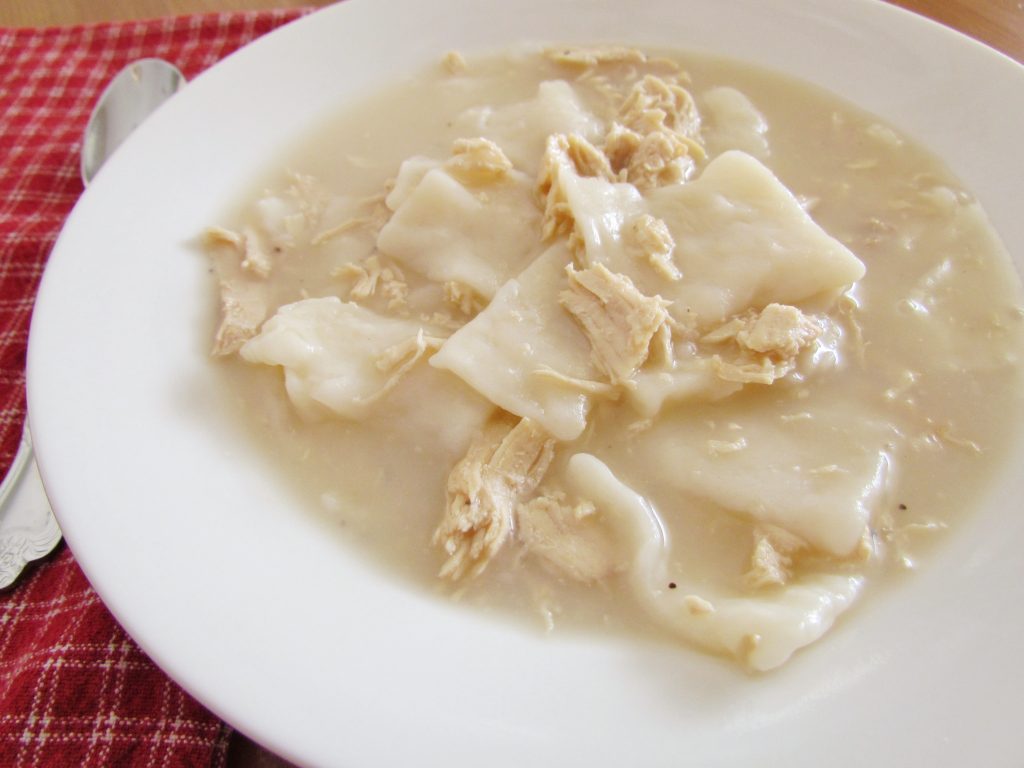 As soon as you move away from the 'English-speaking West' then dumplings take on more variety.

To the rest of the world, 'dumplings' become more of a 'container' for interesting foods - presumably originally because it makes them easier to pick up & eat.

The 'west' has these too - they simply don't call them dumplings.

A traditional Cornish Pasty - designed so a Cornish miner could eat it by holding the excess pastry so as not to get dirt on his dinner. The outer crust 'ring' would be discarded afterwards, but the entirety of the crust & filling from the inner section would be eaten.

Or there is the more generic pie, which can pretty much contain anything that will stay still long enough to wrap it in pastry 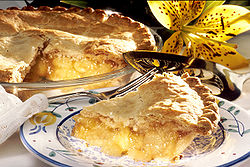 A Shepherd's pie is a 'special case' as by most other definitions it's not really a pie - it sneaks in because it [usually] has meat in gravy underneath & something akin to a pie-crust made of potato.

You can argue forever over what should actually be under the potato - some insist that because it says 'shepherd' it must be lamb & then define the beef version as 'cottage pie'.
Others don't care what the purists say & call anything made in this style shepherd's pie - I picked a veggie version for this picture [just to be contrary] 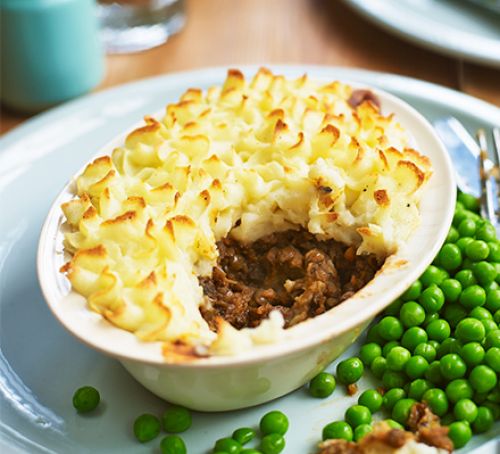 So, the "answer to the question" is, yes, they could be called dumplings - but not by all native English speakers.

To sum up my own opinion, as a Brit, this is what I make of the 6 pictures you posted. Note: I have no real knowledge of Chinese food, so my perception will necessarily be skewed by that.

None of the following are dumplings to me...

This, to me, is Gyoza - which I know from Japan

The next two are just 'dim sum' I couldn't identify them to any greater degree [nor would I be certain that broad classification is even correct to someone more au fait with the cuisine.
If someone described these as 'Chinese dumplings' I would probably guess what they mean, but it's not what I would ever call them.

Ravioli - the most generic term is simply "pasta"

This might need more 'specialist' knowledge, but most Brits eat Indian food - lots of it, so these are Samosas. If anything, you'd call it a 'pastry'

This is - almost - a Cornish pasty. Definitely a pasty of some sort.

In the south (US), if you say "dumplings", most people would think of "chicken and dumplings", which is similar to the British dish mentioned above (biscuit dough balls boiled in chicken broth). We usually call Chinese dumplings "potstickers" (which I guess are technically slightly different from dumplings).

I think the basic definition of a dumpling is "anything that's shaped out of a dough and boiled in water". This excludes ravioli (not shaped out of dough but wrapped with rolled out dough) and pie (not boiled in water). Yes, gnocchi are technically dumplings. The German term is "Knödel" and has exactly the same definition.

Expanding upon SiHa's answer, In the USA, we've further confused the matter of "dumpling" by saying that the following two dishes are "dumplings": 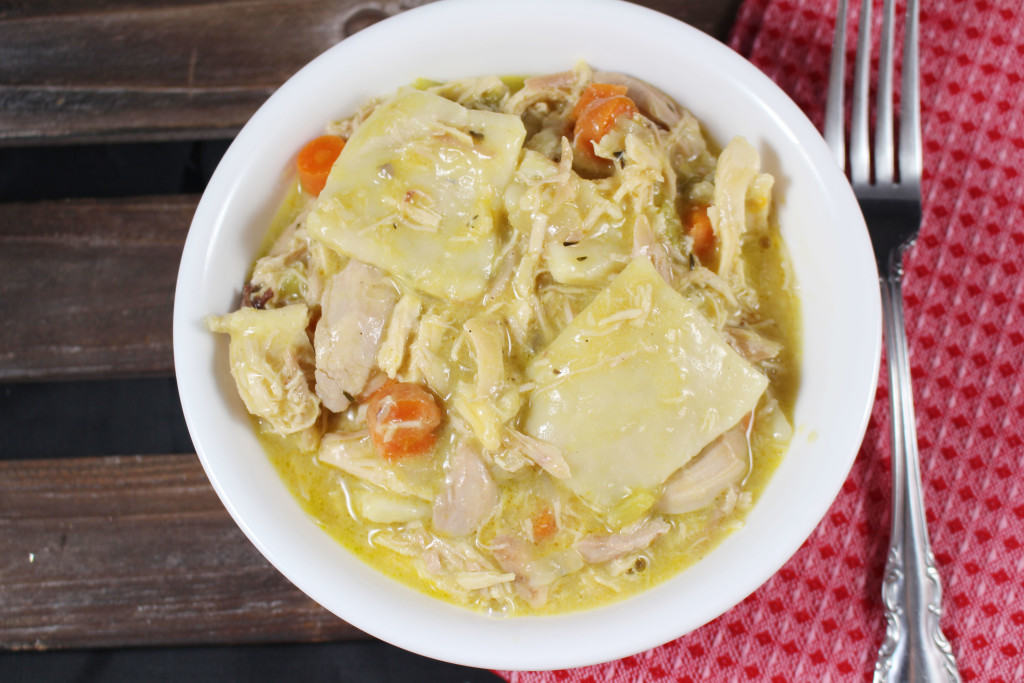 Chicken and Dumplings (round style, similar but not identical to SiHa's dish): 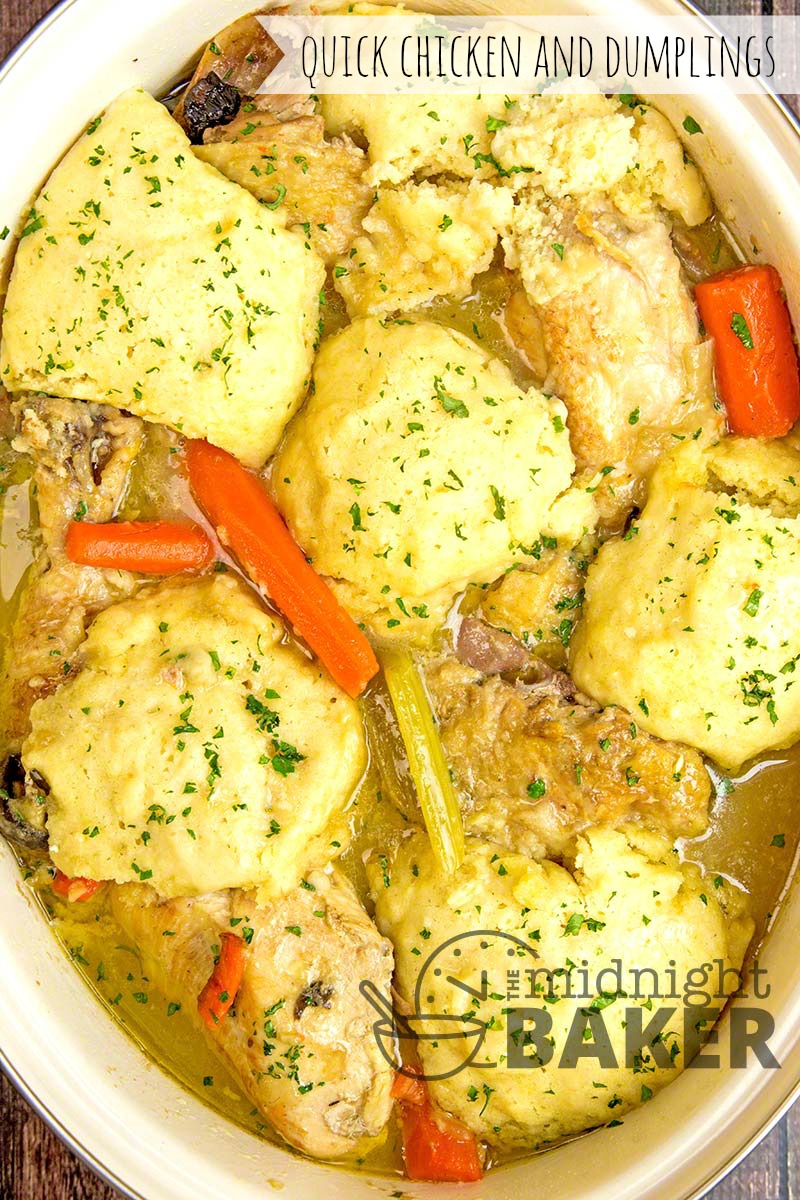 Both of these are very delicious, however, neither wraps up anything at all.

what about mo:mo ? Popular dumplings in Nepal and originally its from Tibet i think. Its a popular fast food of Nepal, that you can find in every streets, and also in Nepalese restaurants in abroad. 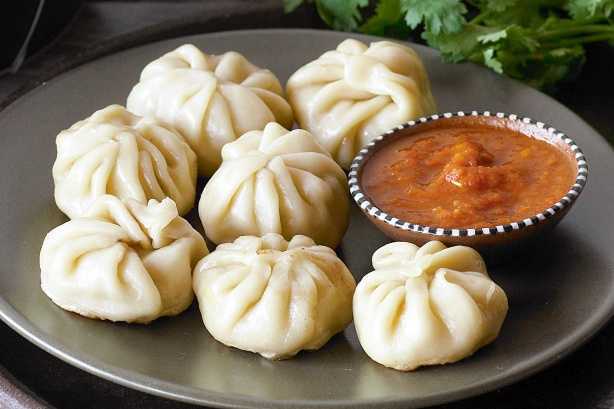 Not the answer you're looking for? Browse other questions tagged meaning loanwords food or ask your own question.

3
What loan-words keep their native pronunciation?
0
How do native speakers understand "make an acquaintance"?
1
What do native English speakers mean by "Russian"?
0
How does this sound for native english speakers?
1
How many English words are of native origin?