Is there some pejorative name for a street car that has been tuned, in most cases, for drift.

The main features - the engine swap and increased power, and at the same time a complete disregard for the body, which is mostly shabby and rusty. 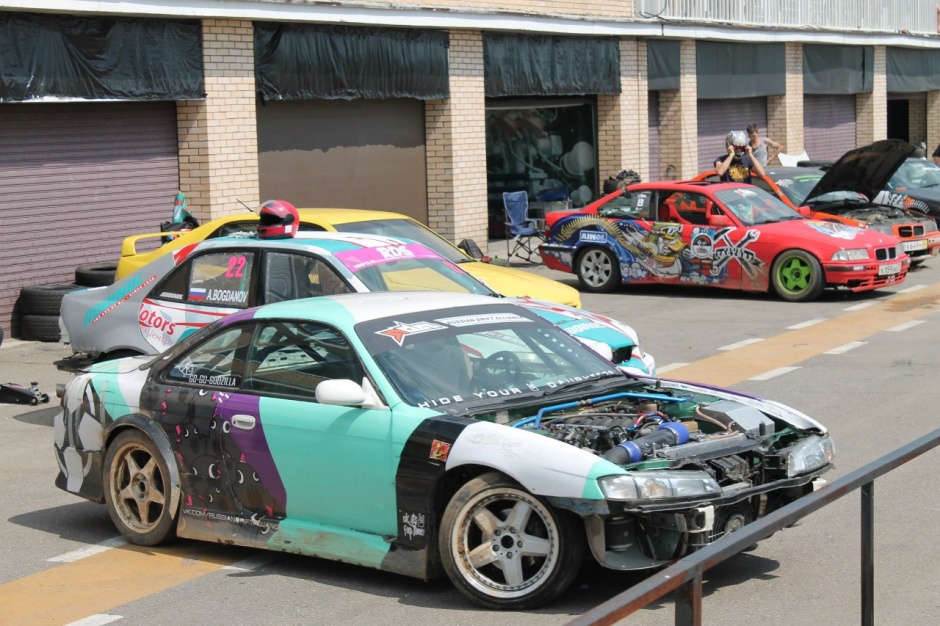 Although some controversy exists over the term's racist origins, "ricer" (or "rice rocket," as The Photon mentioned in the comments) refers to a poorly- or over-tuned car. "Tuner" generically describes a modified car:

The essence of modification of a tuner car is an attempt to extract the greatest possible performance—or the appearance of high performance—from the base motor vehicle through the addition, alteration or outright replacement of parts.

Along these same lines, a well-tuned car with an unassuming exterior can be called a "sleeper."

This online forum (their expertise has no authority, but resources on this subject are limited) offers more specific definitions for "tuner" and "ricer" (edited by me for grammar/syntax):

A tuner is purposely built from the factory to be performance oriented. Note, FACTORY. Not your parking space, not your garage, not your dreams.

Ricers are generally the exact opposite. Body kits, spoilers, wheels, sound systems, JDM parts (on some applications), and a bunch of other parts that make these cars obnoxious. A ricer's favorite mod is stickers. Typically defined as Hondas, but expanded to all sports cars that have zero performance value, imported or domestic.