Is “man with the monocle” an established idiom or just a figurative expression?

I saw the phrase “the man with the monocle” in the following sentence of the article titled “Five myths about millionaires,” appearing in Washington Post September 24th issue:

“This past week, President Obama tried to sell his new “millionaires’ tax” to the Rust Belt. But who are the millionaires Obama is talking about? And will a tax on them help the economy? Let’s examine a few presumptions about the man with the monocle on the Monopoly board.”

The last line revived my vague memory that the chairman of a New York private bank and murderous villain, Bryce Fenston in Jeffery Archer’s mystery, “False Impression” used to wear a monocle.

During the late 19th and early 20th centuries, the monocle was generally associated with wealthy upper-class men. Combined with a morning coat and a top-hat, the monocle completed the costume of the stereotypical 1890s capitalist.

If I used “man with the monocle” in colloquial conversation instead of “wealthy man,” does it sound odd or pedantic?

The funny thing is that I can't find a picture or reference to him wearing a monocle. It seems like he should do, but looking at google images and wikipedia he only seems to wear tails, a top hat, and carry a cane. So either the author made a mistake by giving him a monocle, or he did have one at some time in the last 70-odd years, and has now lost it.

It's an allusion rather than an idiom and I would say it was best avoided. Many people won't immediately grasp what it means.

You've taken the phrase out of context; 'the man with the monocle on the Monopoly board' will be familiar to anyone who has played the game of Monopoly (that's not everyone in the world, admittedly, but it is the vast majority of the intended audience).

To add to the other answers, the "man with the monocle" is more than just a wealthy man.
He is an extremely wealthy man.

Remember, a million dollars isn't nearly as much as it was in the 1890's.
The "man with the monocle" implies the richest of the rich. Something like the top .001% of the population. 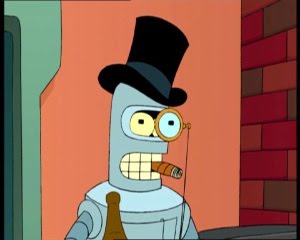 Turanga Leela: Do we really need to wear these top hats?
Bender: I don't think you realize how rich he really is. In fact, I should put on a monocle.

0
Is “get somebody off the couch” a well-established idiom?
4
Is “Hold rule near and dear” an established English idiom?
5
Is “sand off the sharp edge” a well-established idiom?
7
Is “(somebody) own the sunshine” an established phrase or just a set of word?
4
Are “Pull away the punch bowl from somebody’s hand” and “Leave punch bawl out there” an established English idiom?
1
Is “be no profile in something” an idiom or just a pun with “no profiles in PPD for qualifier XXX”?
0
Is “throw guns into a hot stove” a common phrase or just one-off figurative expression?
5
Idiom or Expression related to Nepotism
0
the killed man or the murdered man