How to write Spanish Vowel sounds into English?

I'm writing a novel with original character names, and I want to find the way of how to correctly write their names in English to keep the same pronunciation as they had had in Spanish.

The basic problem for me is the sounds of the vowels, so how can you generate the Spanish vowels in English?

Nimree written like this in English would have a different sound than its pronunciation in Spanish, and even tough names writing across languages should be respected. I want to shape these Spanish names into English so there's no confusion about how they are to be pronounced.

So how you would write each original Spanish vowel sound so that it keeps its original sound when ultimately read by English speakers who don't understand Spanish vowels?

This is not possible, and probably not desirable even if it were. It’s easier to teach people the five vowels and be done with it.

You aren’t going to be able to represent the sounds of Spanish in an unambiguous way that any English speaker will “always” say “right” because the internal phonologies of each language are different, and mutually incompatible.

Plus if you try you’ll get something crazy like ghoti, the would-be “creative” spelling of fish.

This sort of thing leads to extreme silliness. It renders the names unrecognizable if you try to use English spelling to approximate Spanish sounds. People will hate you if you try this:

If you attempt this, your readers will not thank you. Just teach them how to say the five simple vowels and be done with it.

Well, and all the consonants, which are also “all” of them different from those of English, as I’ve attempted to represent above.

There are regional differences in vowel pronunciation both in Spanish and English that make this almost impossible.

This is an oversimplification, but here are the five vowel sounds in Spanish: 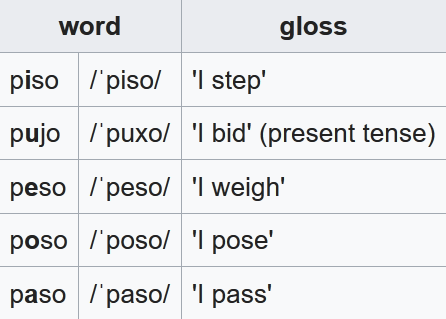 Here is a chart of "General American" vowels. I'm confused because the chart is labelled pure vowels (monophthongs) but some are clearly diphthongs. 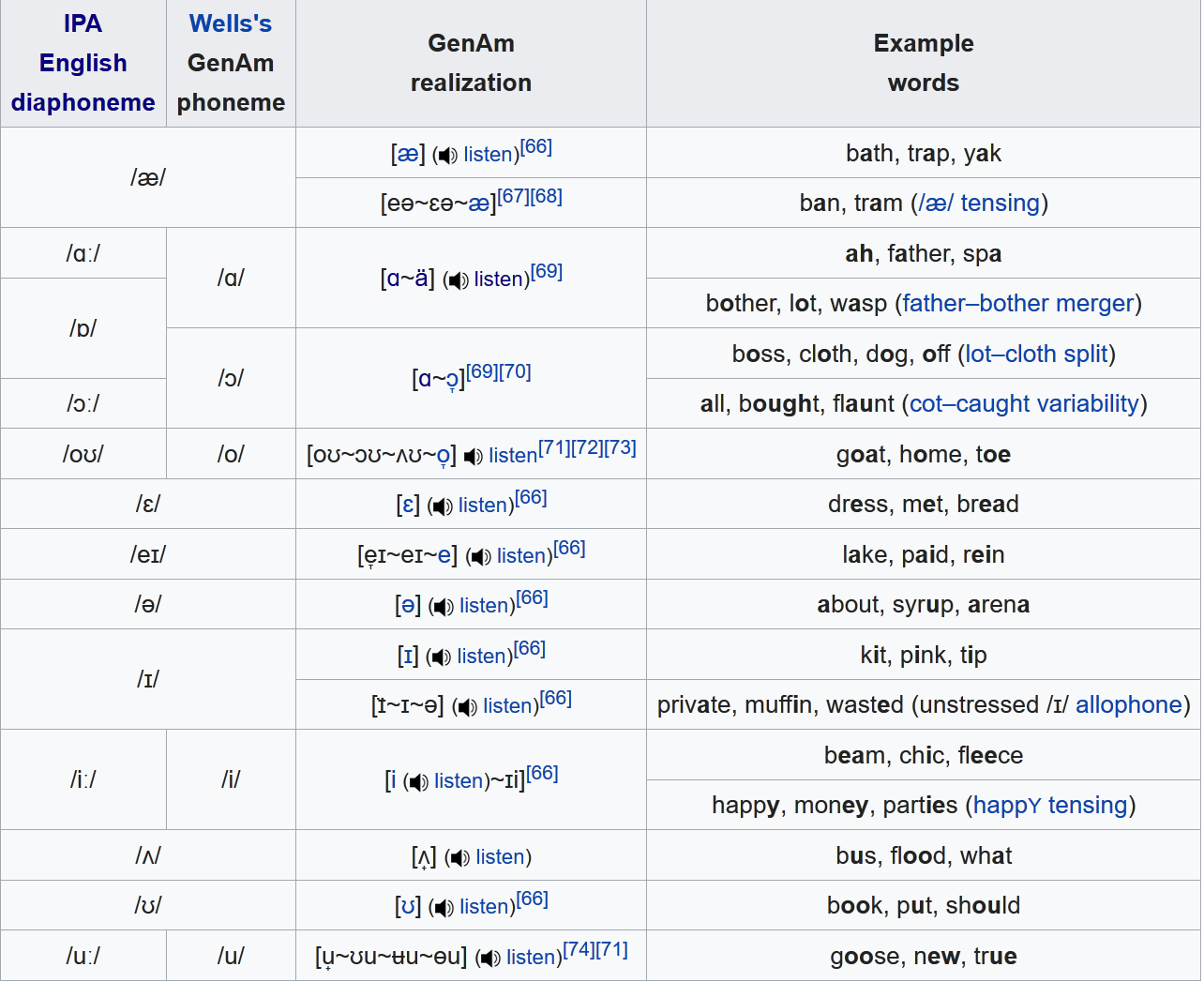 Basically your job is to match the Spanish (a, e, i, o, u) IPA symbols to the words in the General American chart which show the corresponding vowel.

If you are an American who doesn't speak perfect "General American" as described in this chart (very likely), or you have some idiosyncrasy in some pronunciation (very likely), or are not American at all (likely), or the Spanish is coming from somewhere where the vowel sounds used aren't pure IPA (a, e, i, o, u) then all bets are off and you can't assume anything.

But as a general guide you can try this. Also there is the issue of vowel length which isn't even covered here, but that's the least of your problems.

These charts are screenshots taken from:
Spanish phonology at Wikipedia
General American at Wikipedia

No one writing a novel changes names from the original language. You keep the name and if the language has a different alphabet, you use the transliteration (as with Russian names).

Think of the great Russian, French, Spanish, Italian and other novels translated into English. Or great novels by English-language writers in English with characters who have foreign names.

If you change the names to sound phonetically English, most readers will understand them as Spanish names.

That's it. The question is misguided unless one is joking or writing some kind of odd science fiction.

I will not go and post names from famous books to make the search easy.

Try the most famous one from Spanish:

Then try: War and Peace [from Russian] Madame Bovary

Just to name a few.

All names are kept in the English translations.

And, by the way, English names are kept as is in books in French,Spanish and Portuguese. And I assume other languages as well.

Imagine if all the English names were phonetically given in French and Spanish? What a hoot that would be....

For what it's worth (Spanish vowels and English words where they can be heard)...

It's of course important to bear in mind that these English words provide approximations to Spanish vowel sounds. Generally, all Spanish vowel sounds are shorter and 'cleaner' (each sound is precisely enunciated) than English vowel sounds, which are often stretched and mixed in an astonishng array of dialectical dipthongs.

As far as your specific question goes, the problem you'll have is that, unlike Spanish, English does not usually behave predictably when it comes to pronouncing vowel sounds. Meat and seat for example, do not rhyme with great. You will need to make up your names and then work out their best English spelling by asking English speakers to say your written version (to discover if you've spelled the names for an English speaker to pronounce them how you are wanting).

Bear in mind too that there are quite a few English names that do not sound how even a native English speaker would expect them to sound. So perhaps you shouldn't worry and just spell the names how you will, ...and enjoy the controversy that ensues;-)

I faced a similar problem when I wrote my first articles in the written service writercheap. In fact, there are several solutions to this problem. And all of them are more or less effective. You can use your version, it's not so bad. And you can leave your names in the exact translation. Those who need it will understand how to pronounce Spanish names and will read correctly, or you can always put a sign that will help to read and determine how to decline your name.

3
Why are long e and o most prone to be diphthongised by English speakers?

19
When is it appropriate to use the original pronunciation of a foreign word versus the English pronunciation?
3
Is there any convention for pronouncing proper nouns?
18
What did we gain in return for the loss of phonemic vowel length from Old English?
1
Some questions about IPA vowels
1
Are there other words in American English that use the same vowel sound as the "as" in "Pasta"?
21
Psychology of diphthongs
0
How to write name 'Jonas' to force /j/ sound?
7
What are the names of the two phonetic changes in this sentence?
1
Why is the Turkish president's surname is spelt in English as Erdogan, with g?
1
"Floh-ree-dah" rather than "Flor-duh"