Word or expression for a shared feeling of constant distrust, paranoia and anxiety of failure within a group of workers

I am looking for a word that would describe a feeling among a group of workers who are distrustful of one another and overly paranoid of an impending group breakdown & failure.

For context, imagine a group of people who are so concerned with looking out for their own personal welfare & job security in the context of a set of work procedures and regulations that they meticulously follow instructions to the letter, even if they know that they are ill-advised or wrong. Furthermore, they would meticulously document every piece of communication they could, from whom, to whom, in the (to them, seemingly very likely) event that an impending failure will occur that they want to have maximum plausible deniability to distance themselves from it when it occurs, and also to pin the blame on someone else if possible.

Is there a single word for this? I was thinking maybe "Kafkaesque" but I think that this word has more to do with a feeling of lack of control in an oppressive system.

As a native speaker of North American English, the first word that came to mind for me was guarded.

For example, I might say, "People are really guarded and cynical here at Cutthroat LLC."

One possible example of this type is turf guarding, which goes hand in hand with backbiting and the blame game.

blame game - noun - a situation in which people try to blame each other for something bad that has happened.

Probably, those feeling can be described as:

Thinking only of oneself, without regard for the feelings or desires of others; self-centered.

"As a consequence, this prevalence of mass marketing and consumerism has led to a selfish, egocentric culture where one's own apparent needs and desires come first at the exclusion of the needs of others." 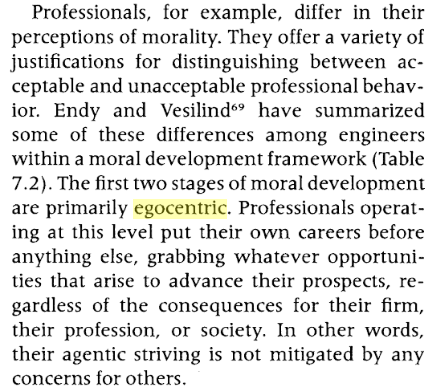 Wary and unwilling to take risks.

"the officials were very circumspect in their statements."

Not the answer you're looking for? Browse other questions tagged single-word-requests expression-requests or ask your own question.

2
Word for sudden feeling of tiredness and wanting to sleep
0
Is there a common or well understood word for 'a group with no shared members'?
0
What is the correct word for a group of categories, tags, and roles?
2
A word/expression for "Making a problem simpler by sharing it with a group of people".
8
Word for a person responsible for collecting and paying expenses of a group
2
A good word for people who always seem to make bad choices in life and invite constant drama?
3
Is there a word for the feeling that something is “off” about an overly pleasant group activity?
16
Word or expression to describe the feeling of nostalgia for a place, for which you no longer have nostalgia