Is “king” an adjective or a mass noun in this usage? [duplicate]

I have been curious about a usage of the word "king".

a country where football is king (Oxford Dictionaries Online)

In mergers and acquisitions, cash is king. (Cambridge)

This is a very common usage, but it doesn't seem to accord with dictionary grammar. According to both Cambridge Dictionary and Macmillan, the noun king is a count noun. But the absence of an article here suggests it is either used uncountably, or even adjectivally. Are dictionaries wrong? Which case is it?

Another slightly different example is as follows:

It is widely considered to be king of the supermarket chains. (ibid.)

These sentences read perfectly natural and idiomatic to me, but I am still wondering, if "king" is a noun here, why is it not preceded by the definite article?

The Oxford A-Z of Grammar & Punctuation says king is used as a noun in the phrase Cash is king.(see page 156) 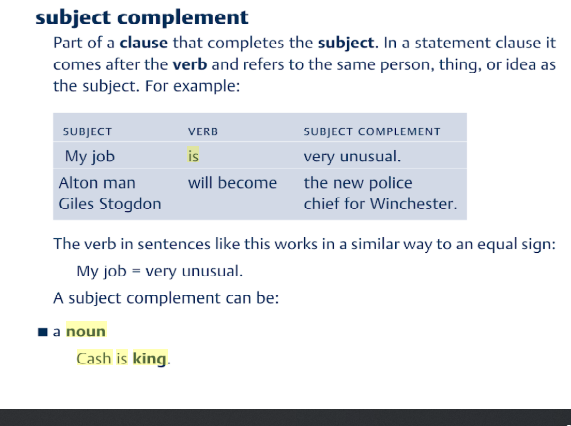 if something is king at a particular time, it has a big influence on people

• In the arts, too, contention is king.

• During the middle 1800s, cotton production was king in the South.

• As at the weight-loss programs I attended in junior high, the scale was king here.

• If the flounder still exists it will be king. - foreign words and phrases scattered here and there!

TFD provides some more examples of Cash is king